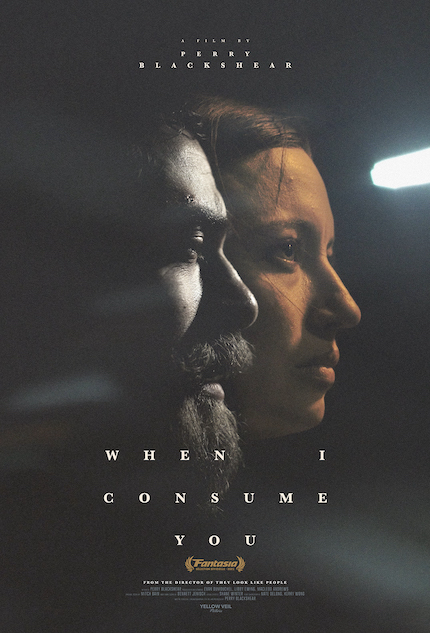 Perry Blackshear, the director of the 2015 indie slow-burn film They Look Like People, is back with another really interesting, micro-budget creeper, When I Consume You.

While we never learn what the siblings in When I Consume You suffer from in particular, it's clear that they're survivors of a less-than-great childhood. The film solidifies that Blackshear -- who wrote, edited, and shot the film, in addition to directing -- can do wonders with character and story within a constrained budget.

The performances are quite strong in this powerful film, and they have to be in a story like this, with sparse resources. Though I haven't yet seen Blackshear's last film The Siren, I'm interested. And I'd like to see what he can do with a real budget. But until then, don't sleep on When I Consume You. It's masterful and thought-provoking, and an incredible example of what can be done with little -- though Blackshear deserves much more.

Review originally published in slightly different form during Fantasia in August 2021. The film is now available on various Video On Demand platforms in the US, Canada, UK, Ireland, Australia and New Zealand via 1091 Pictures.

Do you feel this content is inappropriate or infringes upon your rights? Click here to report it, or see our DMCA policy.
Evan DumouchelLibby EwingMacLeod AndrewsMargaret Ying DrakePerry BlackshearUSDramaHorrorMystery