Ard Vijn
Editor, Europe; Rotterdam, The Netherlands (@ardvark23)
Tweet Post Submit
We're big fans of director Hosoda Mamoru here at ScreenAnarchy, and each new film of his is followed with interest over here. Our readers tend to agree: last year, my most-viewed article was about the trailer to Hosoda's film Belle. Our Guillem Rosset called it in his review "a great film" and "(a) visual spectacle that will leave you with a nice warm feeling in your heart". True words. And on a sidenote: I was allowed to interview Hosoda last year and we talked extensively about Belle.

So it won't come as a surprise when I say I was keenly awaiting the home release of this film. And courtesy of the Scottish firm Anime Limited, there is now a beautiful limited (numbered even) Blu-ray/4K-UHD combo release, which includes the soundtrack CD. Note that this is a BIG plus, given how much the film is about music and singing.

And, fittingly, this edition is quite the belle and the beast. So here is a gallery of shots. Click on the edge of the pictures to scroll through them, or at the center of each to see a bigger version... 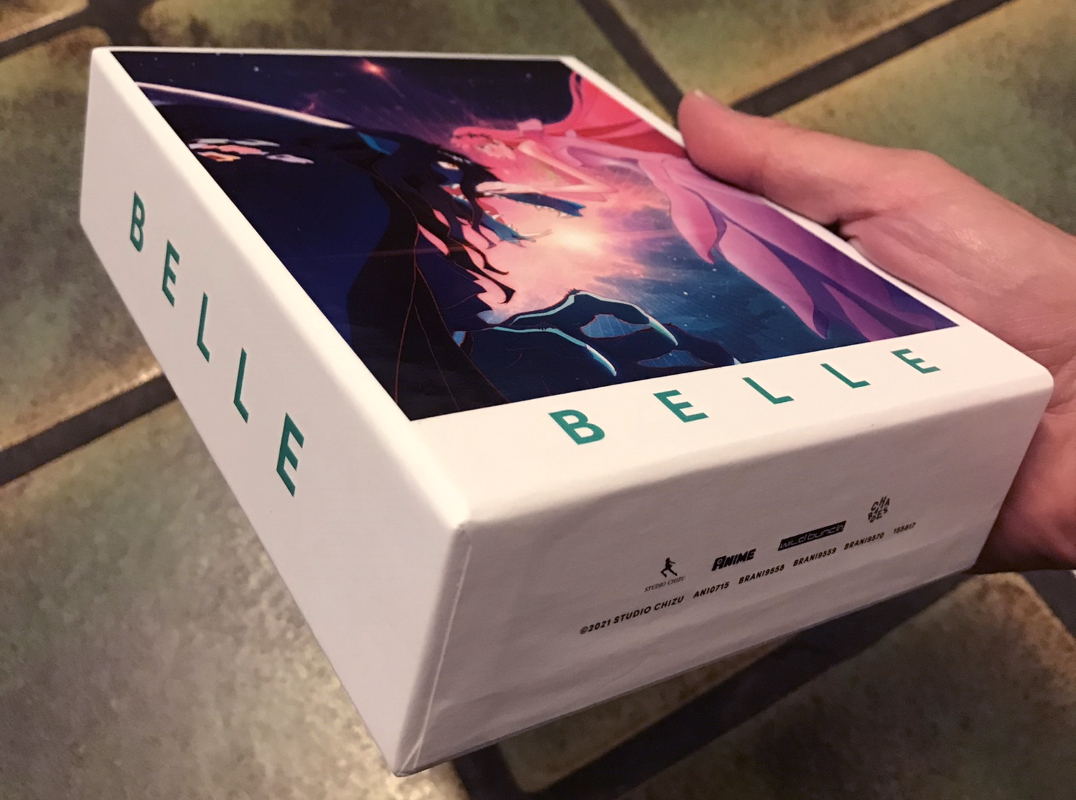 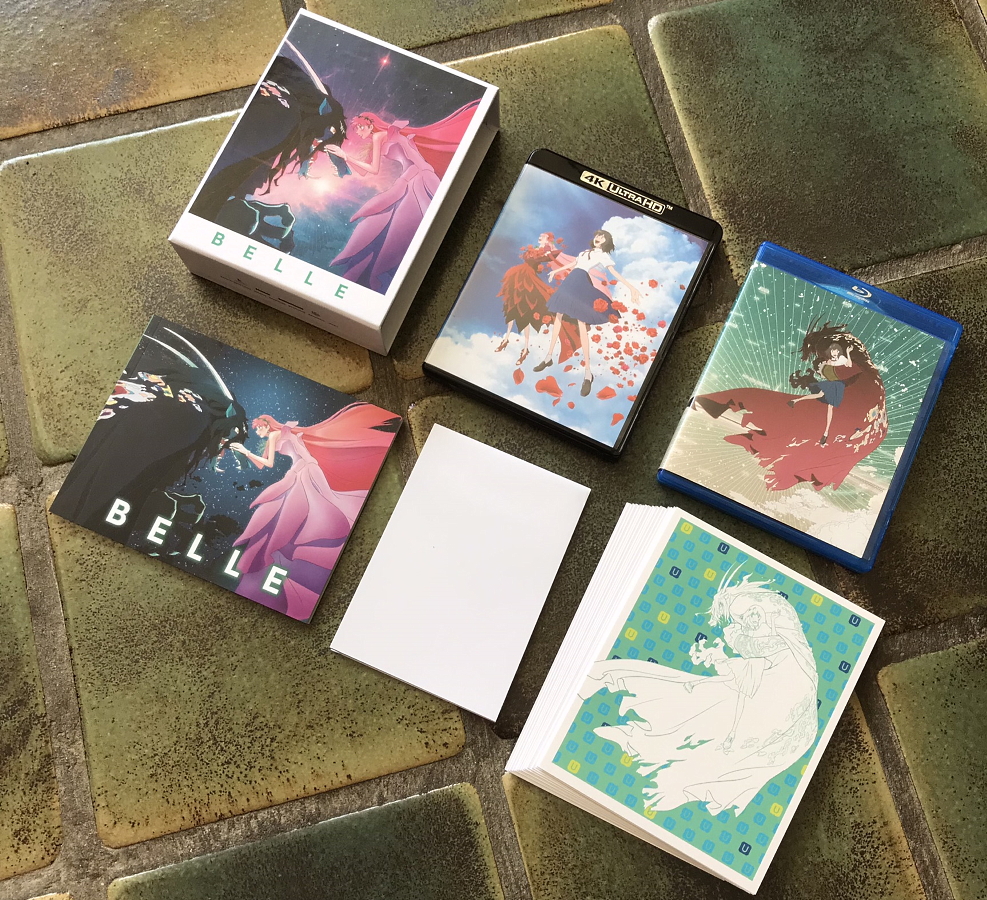 Opening the box reveals two Amarays, a folded poster, a thick booklet and a thick stack of cards. 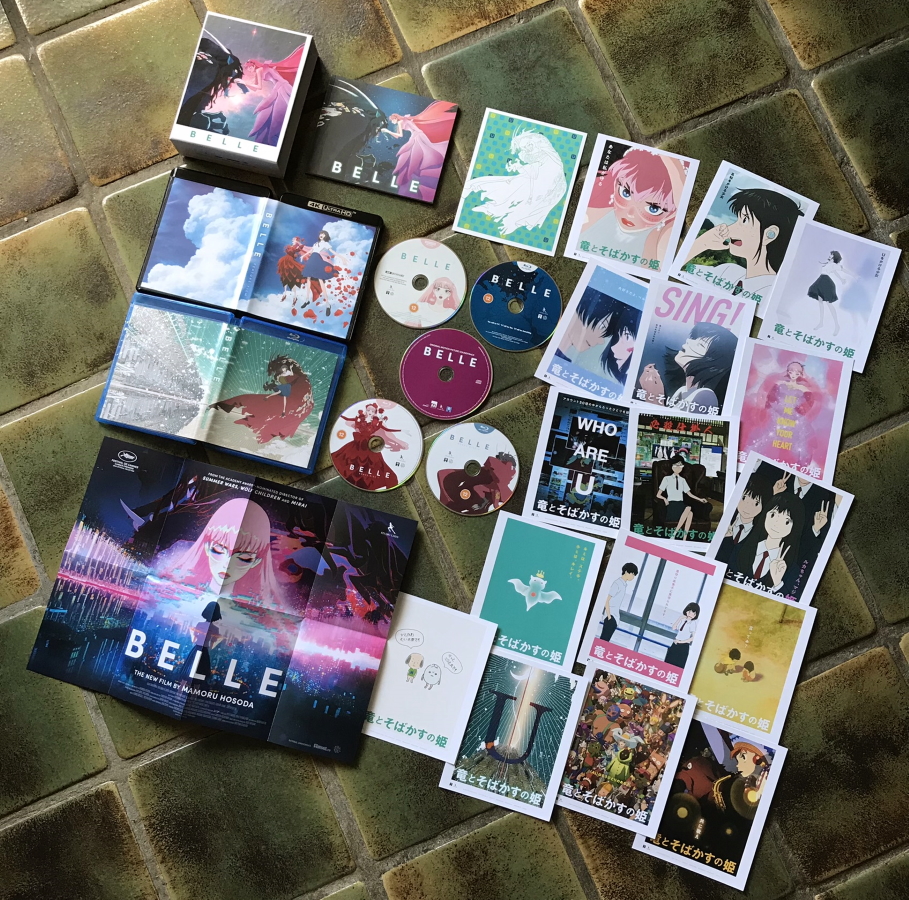 All contents spread out. It's a five disc set: you get one 4K-UHD disc, three Blu-rays, and the soundtrack CD. The art cards really stand out, especially since they are all (next picture...)... 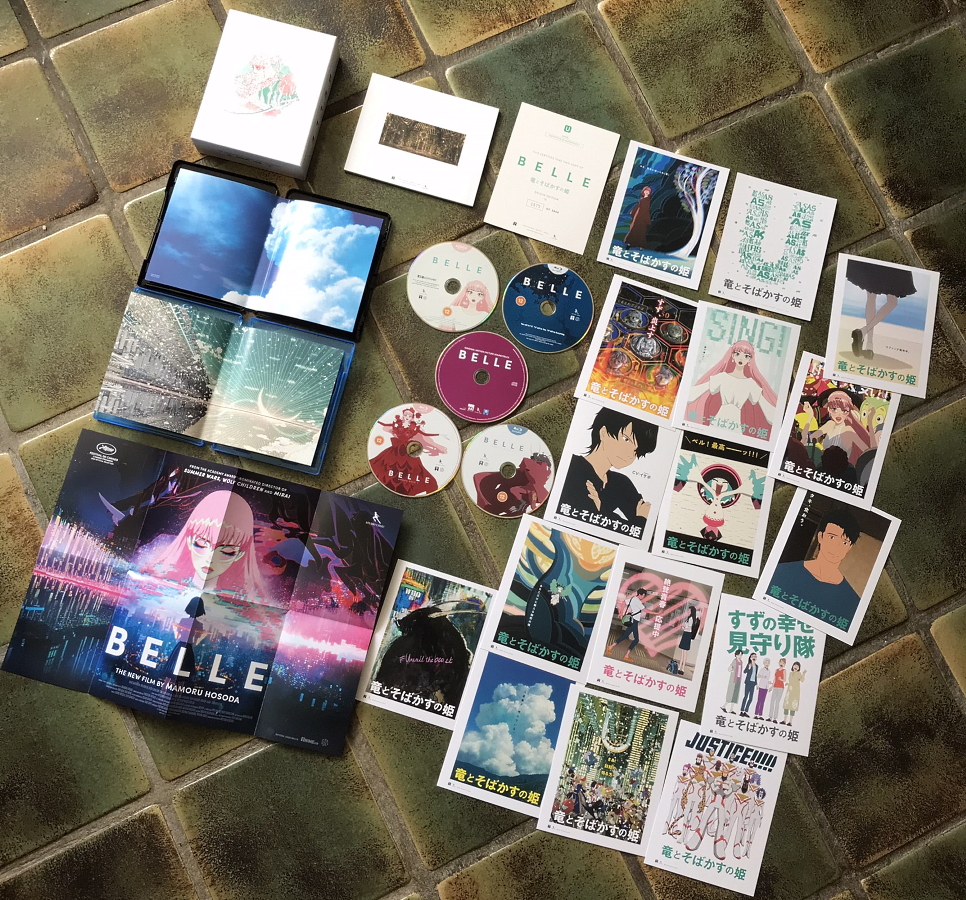 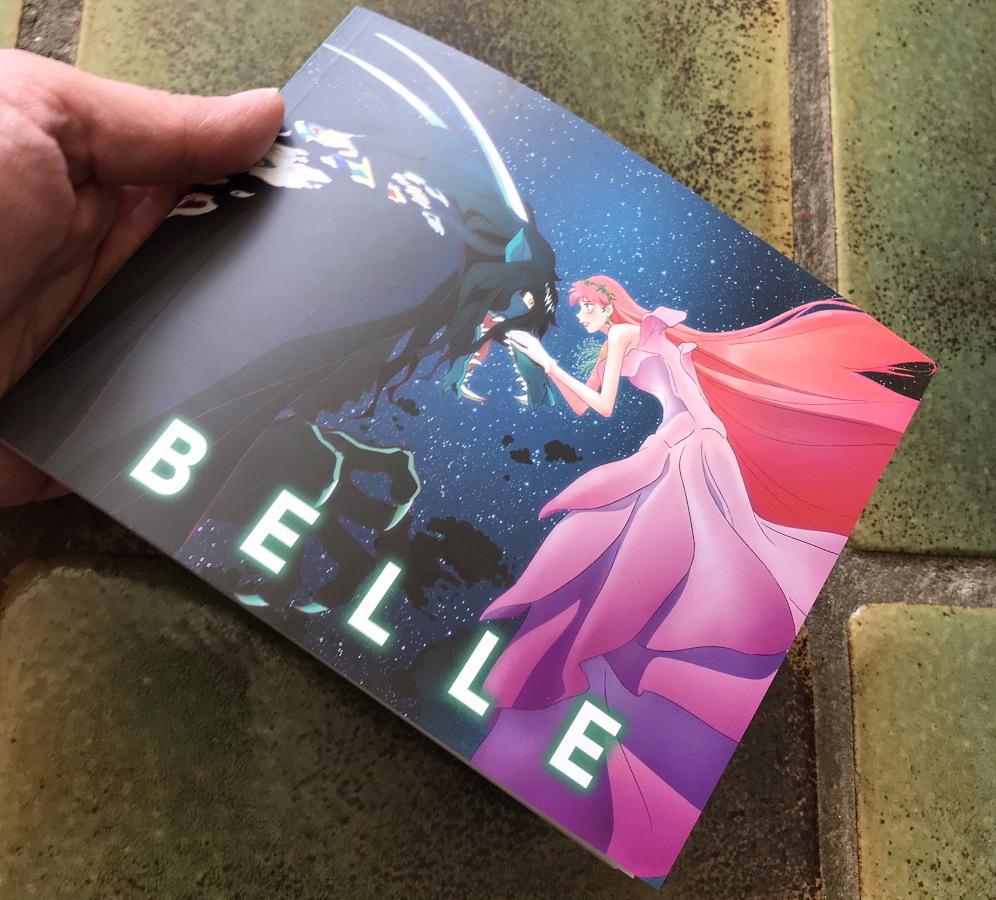 The booklet is a sturdy softcover of 56 pages.

In it, you get a through behind-the-scenes, an interview with Mamoru Hosoda, the song lyrics, designs, backgrounds... It is an excellent addition to the set. 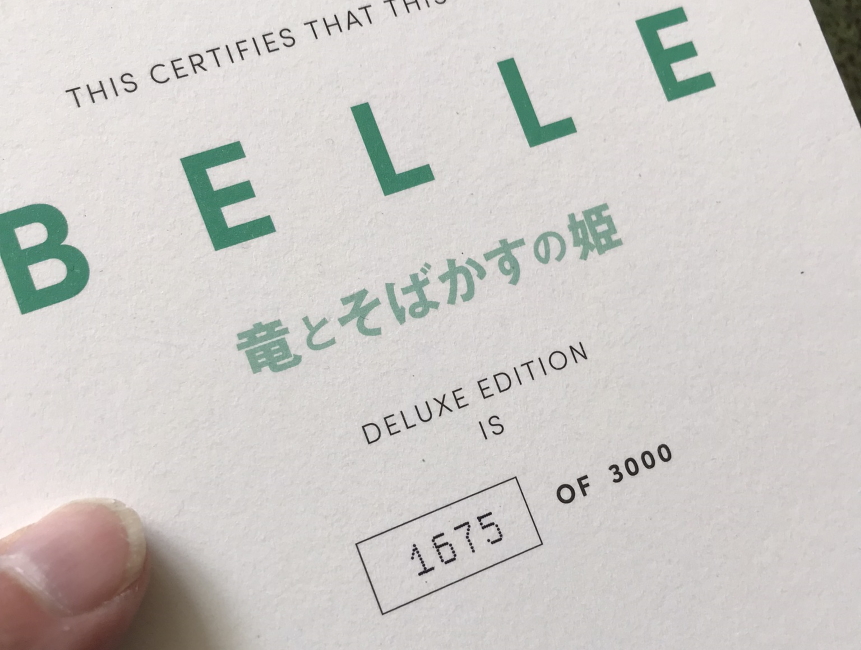 The set is limited to 3000 pieces, each of them numbered (so be quick if you want one of these). 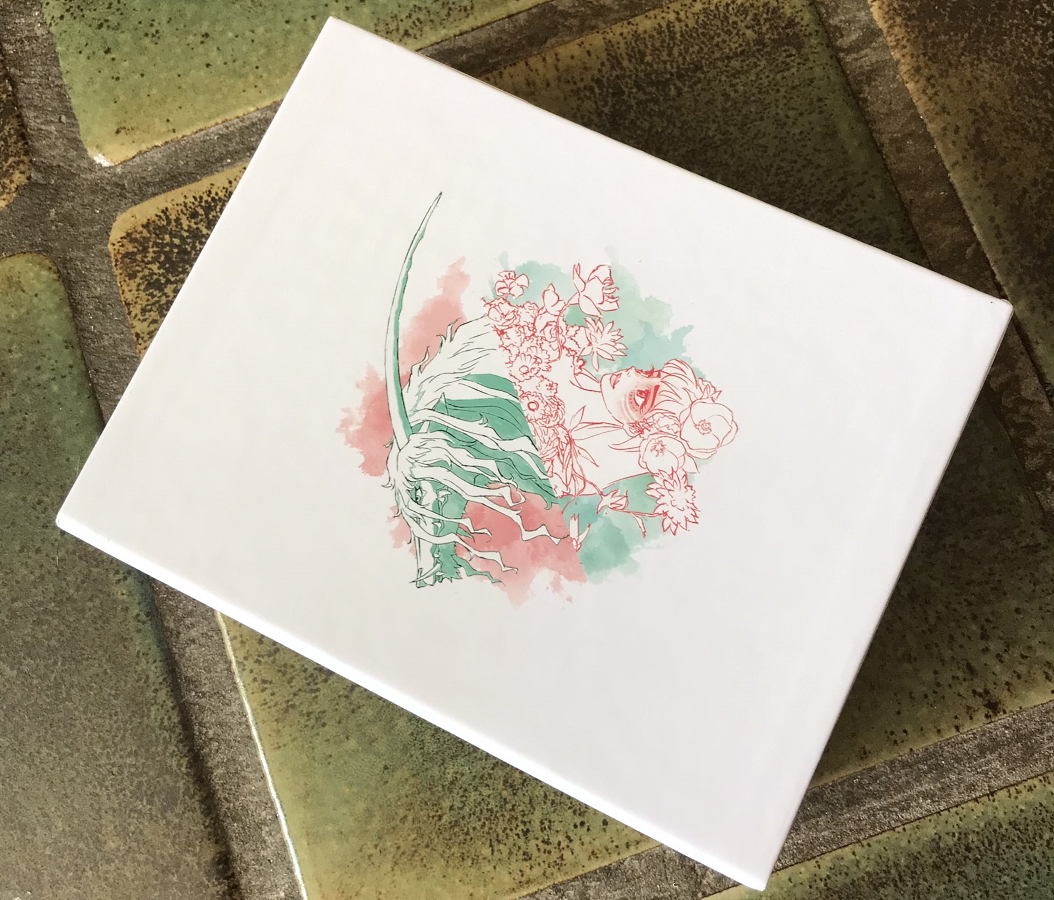 The back of the box. If I were a total fanatic about this film, this would be a great tattoo! 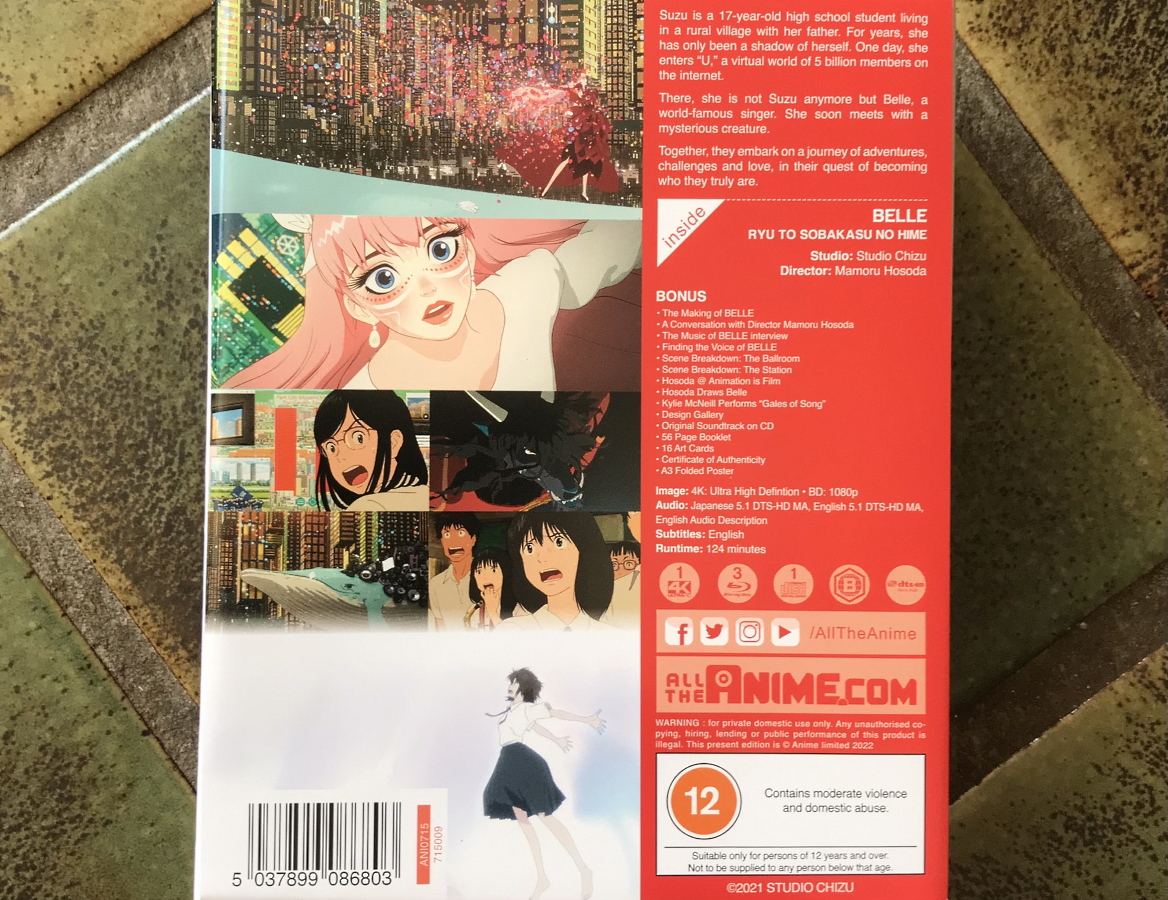 The (back)end. Another great release by Anime Limited. Keep them coming!
And I hope we'll get news of Hosoda Mamoru's next film soon...

More about Belle: The Dragon and the Freckled Princess