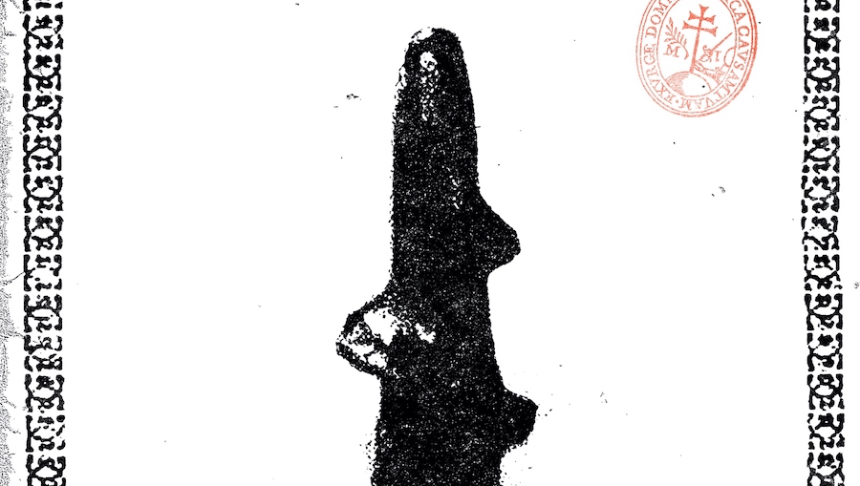 The poster for Raúl Cerezo and Carlos Moriana's short film, El Semblante, has the character of an unearthed Renaissance-era tome.

With its distressed Arabesque border design, it also feels like a moveable-type printed document, stamped with a red-inked Spanish Inquisition seal. From Laura Lostalé, the art director of the film: "There were some variations of [the seal], but it was always a central cross with one or more arms representing the Church, on the left an olive branch symbolizing reconciliation with the repentant and on the right side a sword symbolizing the punishment of heretics."

The grisly central element is a crude screw emerging from the top of a victim's shaved head. It is rather disturbing in both its extreme close up, but also in its use as what appears to be a 'decorative' cover page for a kind of torture field-report. Graphic artist Miki Edge Disseny's key art design evokes the institutional barbarism of the era. It highlights the brute-force craftsmanship that is at the centre of the film. The short examines and egotistic inquisitor, and his very reluctant engineer, and a novel torture instrument designed to inflict maximum pain on the poor souls that the local arm of the church has deemed heretical, or simply deserving of such 'ecstatic' pain.

The title itself, El Semblante (Facias, or countenance, or visage) is imprinted at the top, with the historical look of well-used foundry type. The above-the-line cast and crew are also rendered in red, the colour of the seal; perhaps in a sort of tacit complicity with the sprit of the Inquisition itself. The film, as gorgeous as it is, is not for the faint of heart. 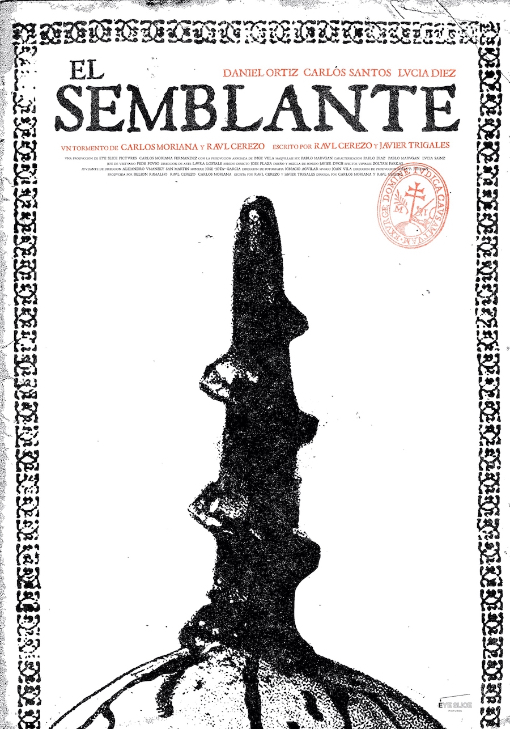