Ard Vijn
Editor, Europe; Rotterdam, The Netherlands (@ardvark23)
Tweet Post Submit
It's been a while since I put up a Pretty Packaging article here at Screen Anarchy, and frankly, the last few months didn't exactly entice me to write many of these. But trust Glasgow-based distributor Anime Limited to shake me out of my slump, with one of their Ultimate Edition Blu-ray releases. In the past, these have ranged from crazy to crazier, but all of them are great and have earned the title.

So what did they release this time? Neon Genesis Evangelion is what. And not just the series, but also its theatrical double-ending Evangelion: Death (True)² and The End of Evangelion. Not included are the four Rebuild films of the last 15 years, this set is purely about the original series and its remastered version of a few years later.

The box is as pretty as they come, so here is a gallery of shots. Click on the edge of the pictures to scroll through them, or at the center of each to see a bigger version. 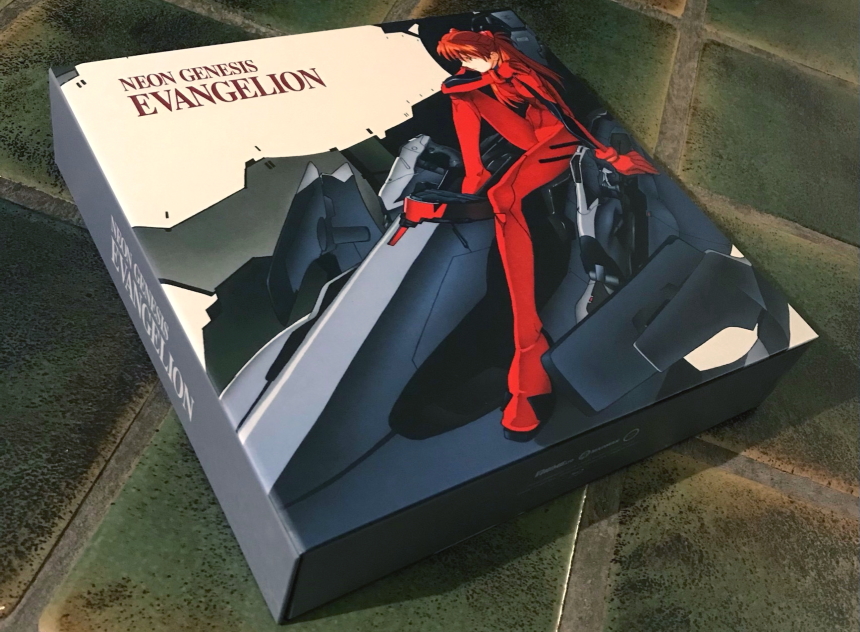 And here we see it: a big, heavy box with a pensive Asuka on the front. 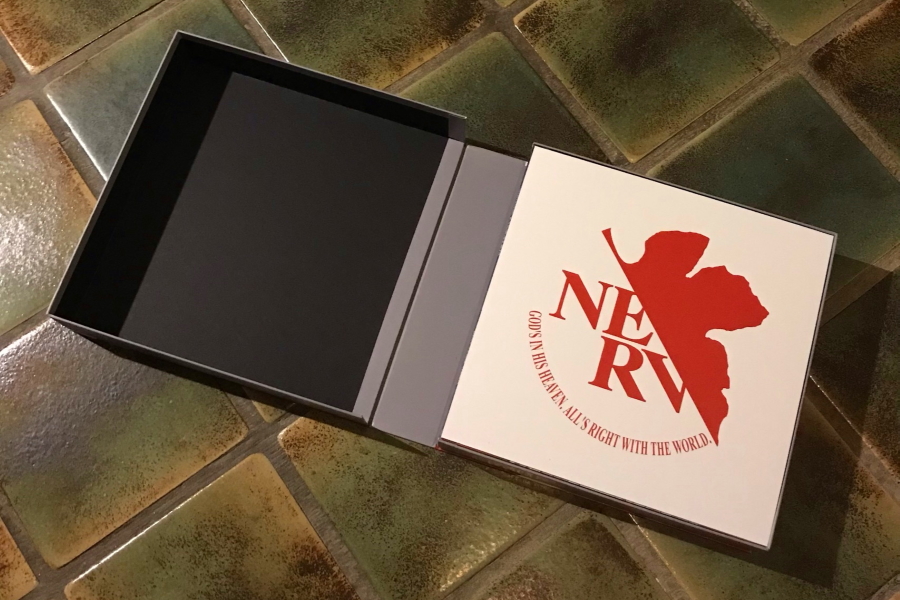 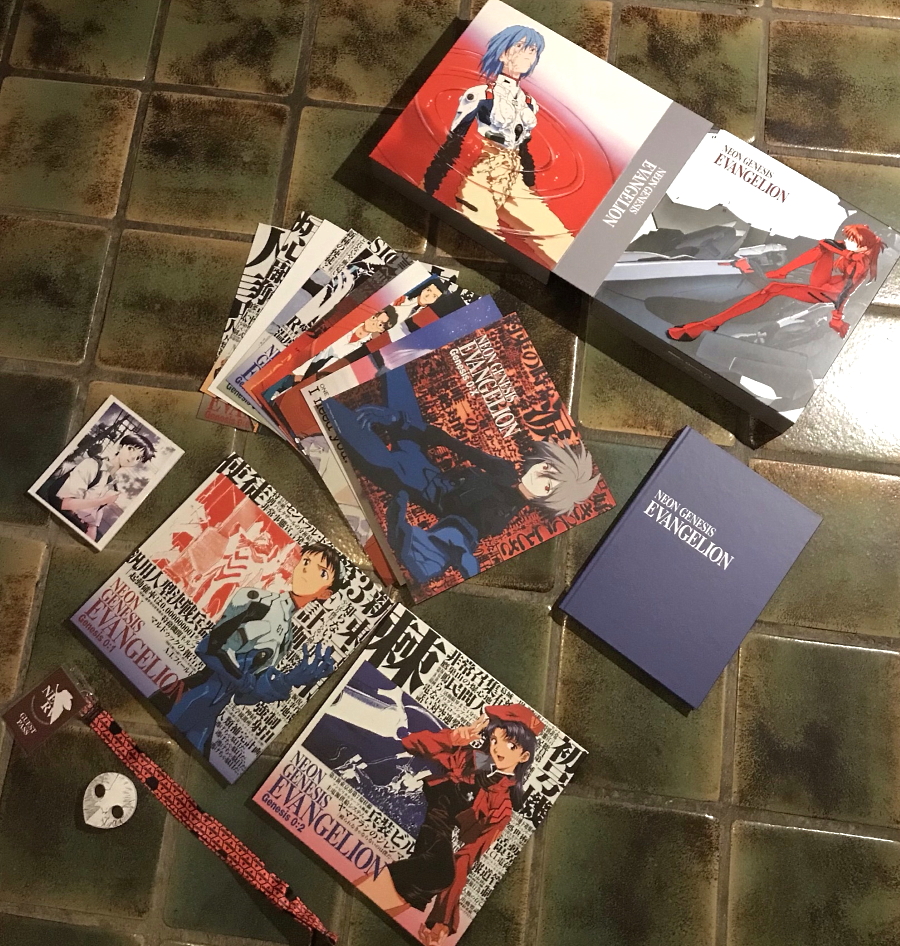 The contents taken out.

The box contains two LP-sized disc-holders, eleven double-sided cardboard cards containing the 25-year-old Laserdisc cover art, a resin angel's face, a lanyard with a guest pass for the NERV military complex, a set of postcards and a big book. 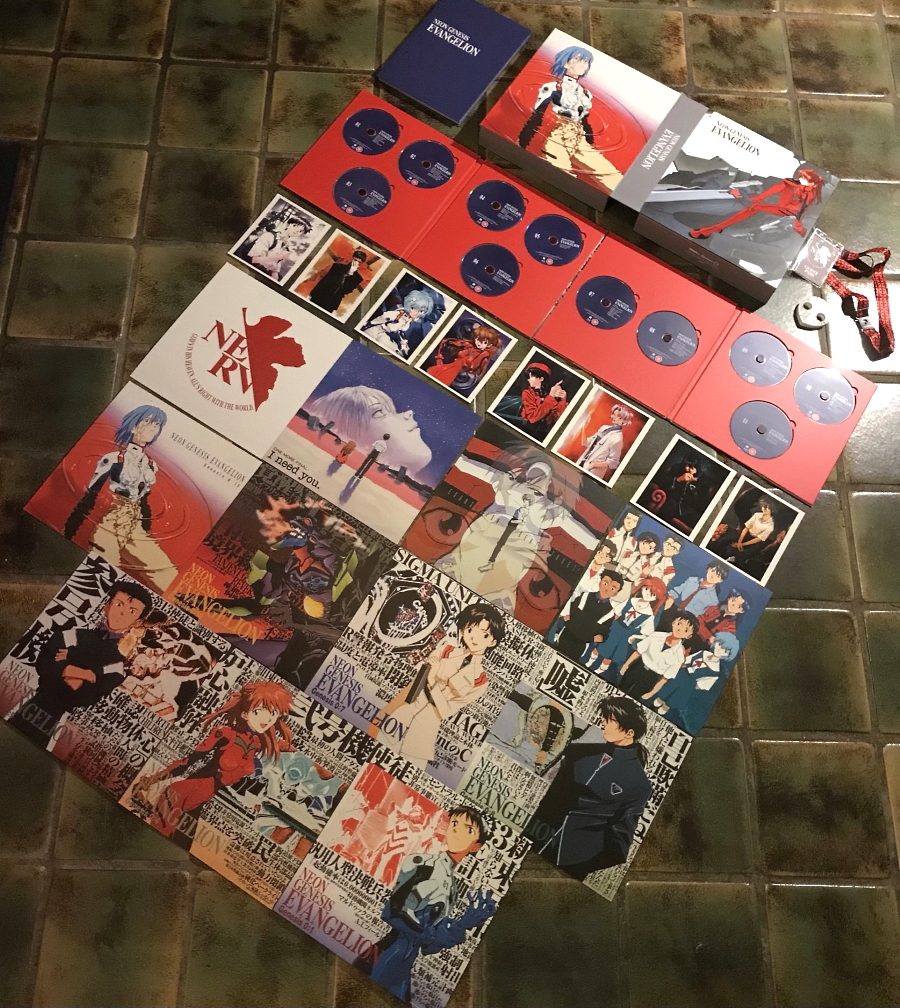 All contents opened. I had to move furniture to take this picture.

The eleven discs contain the remastered series and films, AND the classic ones with (unique to this set) the original 1990s English dubs and subs.

A closer look at the physical extras: the angel face and the guest pass. 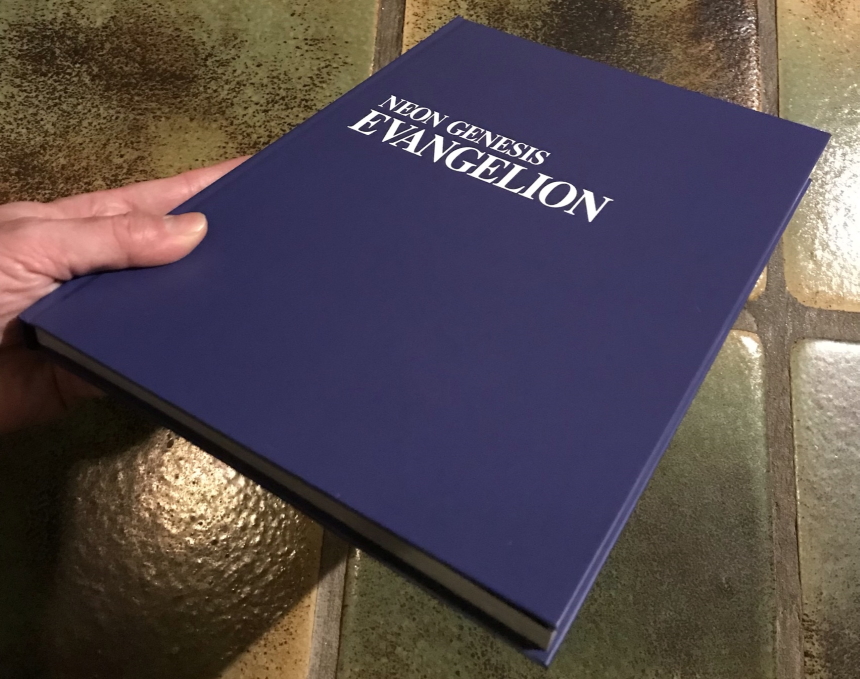 The book is a hefty one and at 156 pages it's chock-full of information.

It's an encyclopaedia of the whole franchise up to the early 2000s, with commentaries for many shots, designs, in-depth plot discussions... the works! Compiled from all the extras which were included in the original Japanese Laserdisc releases, for much of this it is the first time there is an English translation available. As a fan I'm pretty stoked, and it is the best extra in this box as far as I'm concerned.

The backside of the box, with Rei not feeling too good.
The ripples in the fluid have been etched in, and play with reflected light when you move the set.

And that concludes the look at this release. Anime Limited can be proud and I'm curious to see what they'll pick for an Ultimate Edition next.

More about The End of Evangelion.