Last week saw a veritable deluge in releases from Scottish distributor Anime Limited, three of which easily qualified for a "Pretty Packaging" article. So on Saturday we showed Miss Hokusai, yesterday we showed the Escaflowne Ultimate Edition, and today we go to the biggest yet: the utterly insane Fullmetal Alchemist Ultimate Edition.

This boxset contains the Blu-ray edition of the original Fullmetal Alchemist series from ten years ago, and that immediately poses the question who would buy this. That series famously got remade entirely in HD a few years later, in a longer version with a different branching story, called Fullmetal Alchemist: Brotherhood, and that one has easily been available for a while already. So who'd invest in the older version?

Fans. That's who. Fanatical devotees of the original version, collectors, crazy completists... that is the market. So Anime Limited used a business model where, if they would only sell a couple of copies in that limited market, they might as well pimp the edition to high heaven, to make those few copies commercially viable again. And that is exactly what they did.

Early rumors noted that the edition was going to weigh 8 kg (which is 17 lbs), and blimey, those rumors were true. The discs are housed in a resin slipcase-of-sorts which is called "The Gate", and... well, see for yourself. Here is a gallery of shots. Click on the edge of the pictures to scroll through them, or at the center of each to see a bigger version. 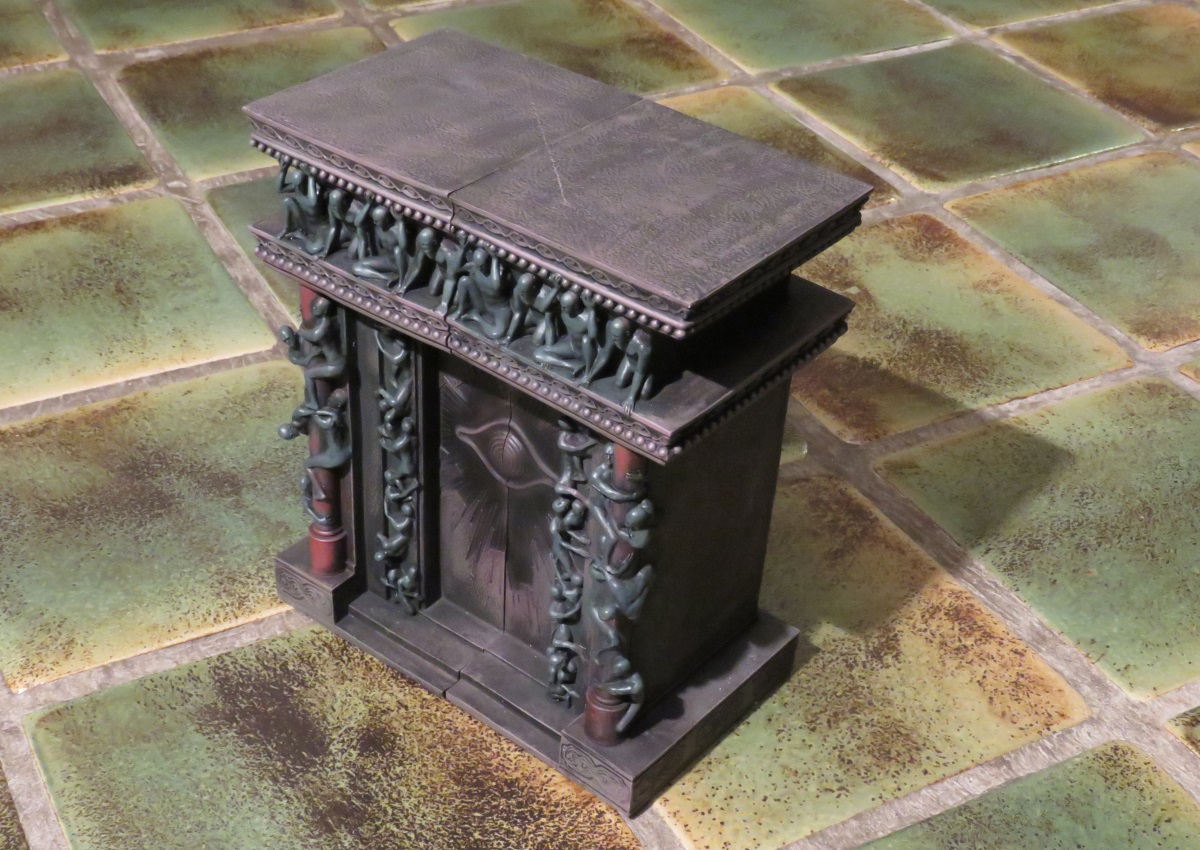 And here it is, the resin slipcase known as "The Gate". Less than a thousand of these have been produced, and it's heavy enough for Agatha Christie to use as a murder weapon in one of her novels. It feels and weighs like brick. 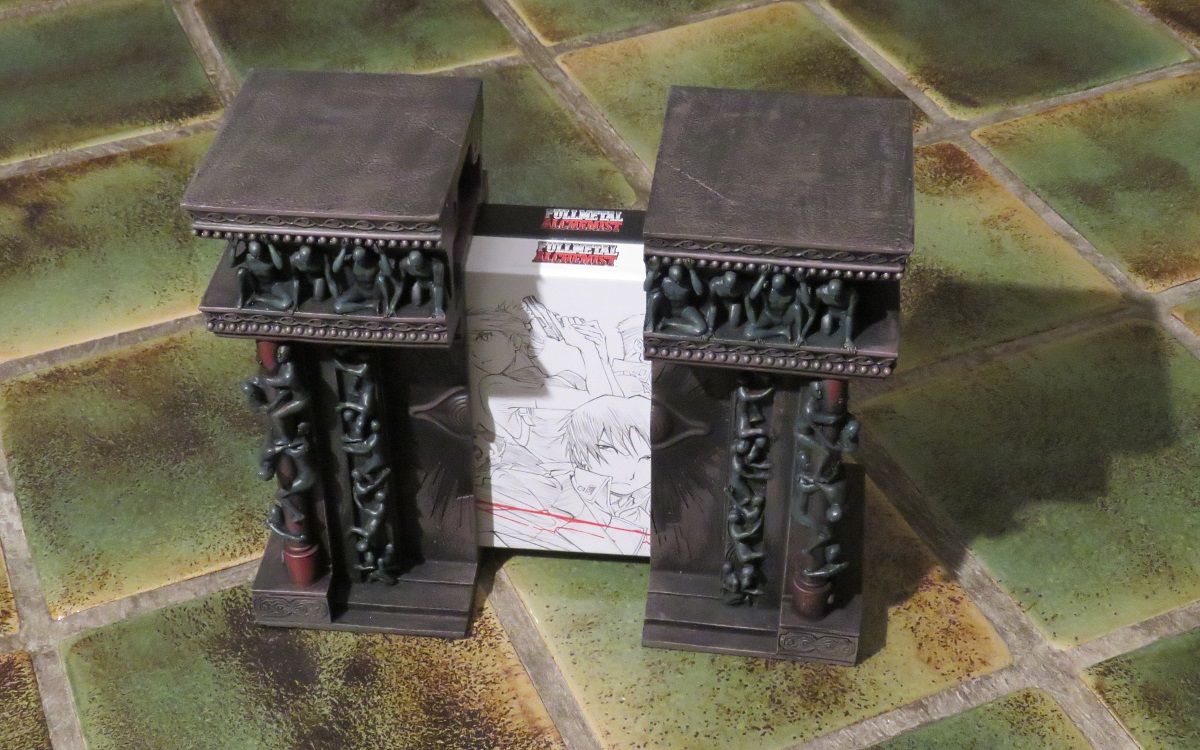 The slipcase opening, showing the two boxes inside. 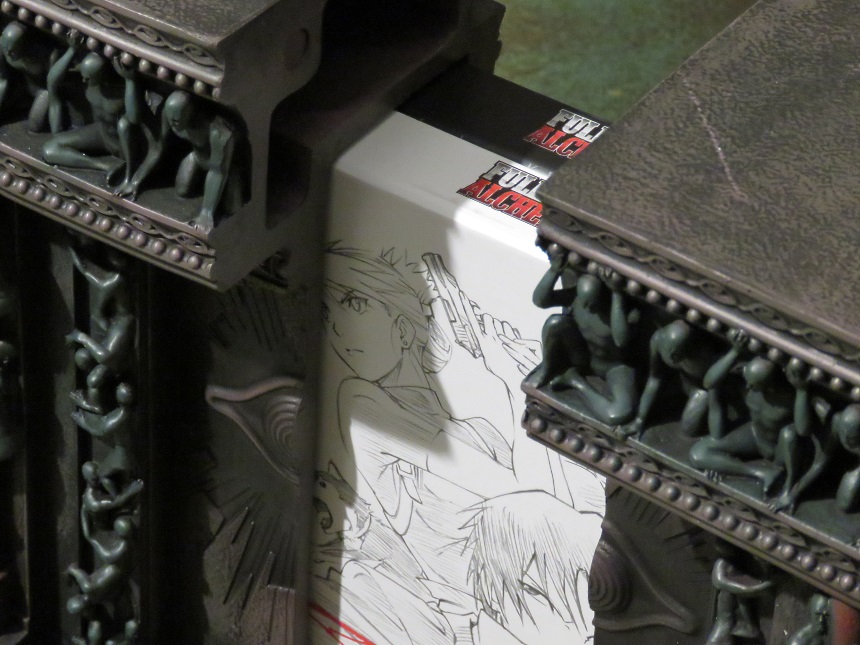 Intricate detail on that gate, with the human figures and all.

Obviously such an edition is not sent in a bubble-wrap envelope, but comes packed in Styrofoam, in a box.

And while "The Gate" stays shut with magnets (leading to a very satisfying CLUMP whenever you close it) it is so heavy that they couldn't include magnets strong enough to carry its own weight.

Leading to this most amusing warning message on the Styrofoam. Hey, a warned person counts for two! 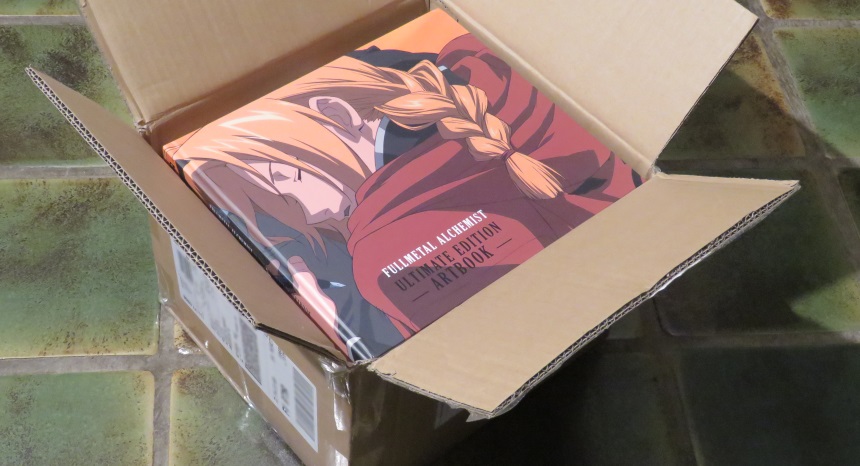 Mind, the fact that the resin slipcase needs a big box to be shipped in gave Anime Limited a splended opportunity to add the biggest artbook they've ever included in one of their boxsets. More on that later... 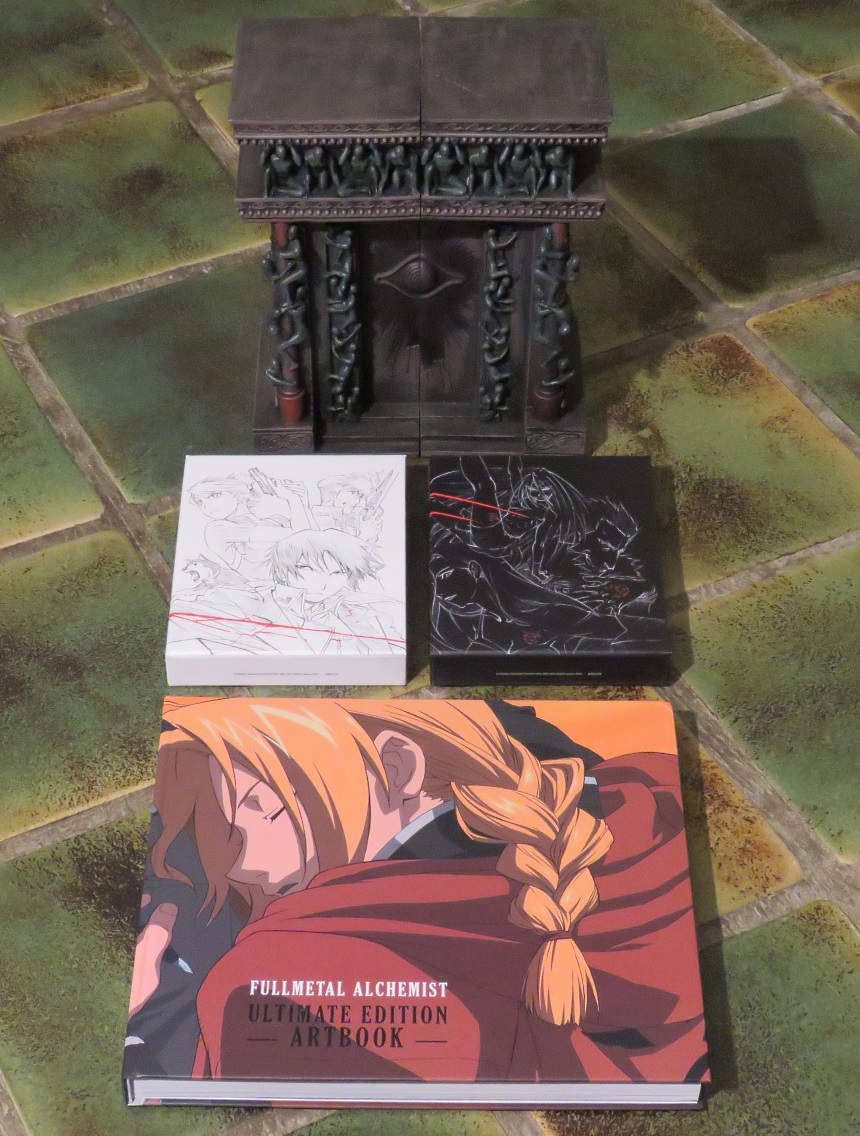 All the contents taken out. Each box contains a digipak containing the Blu-rays, and a series of art cards. 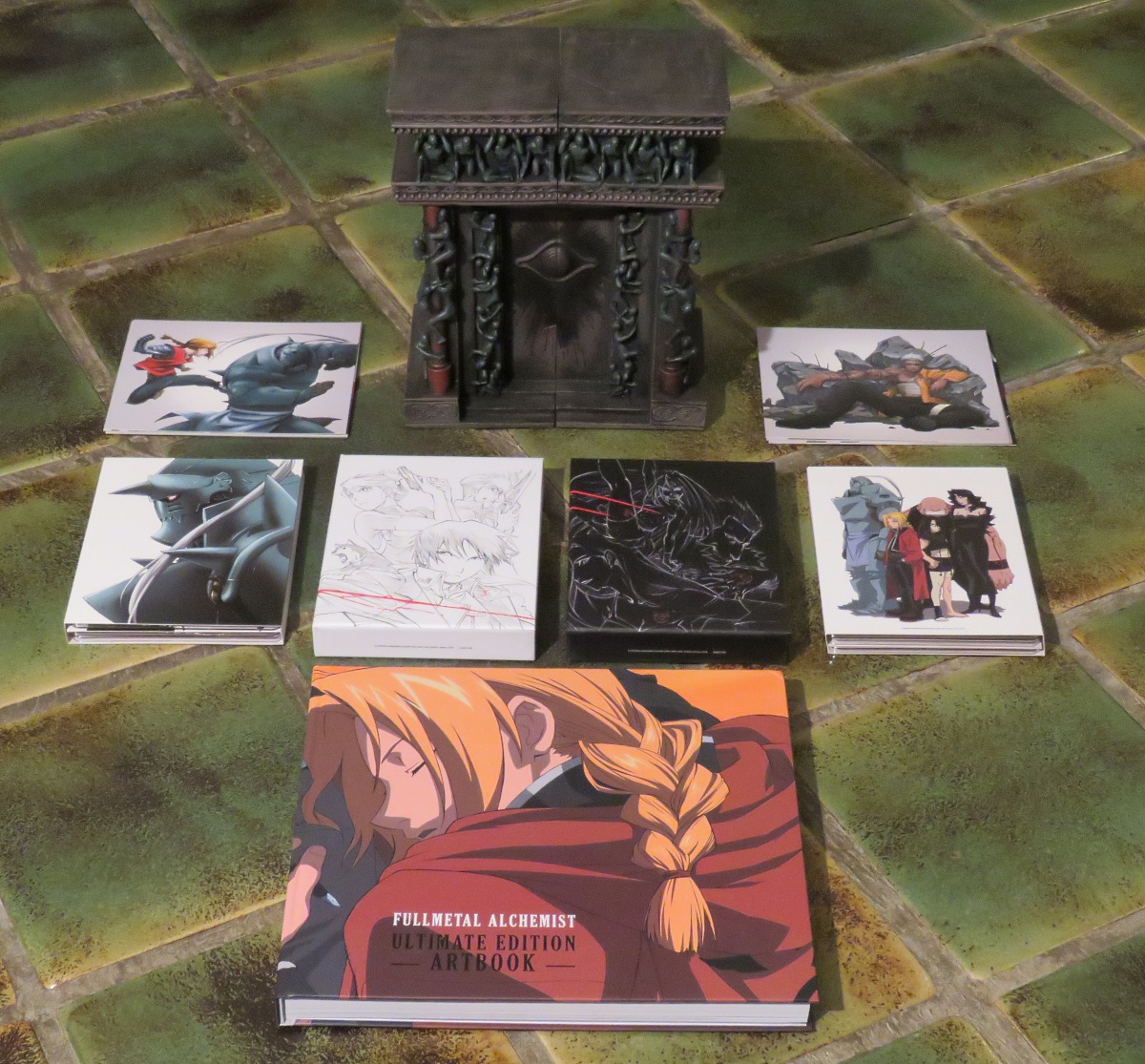 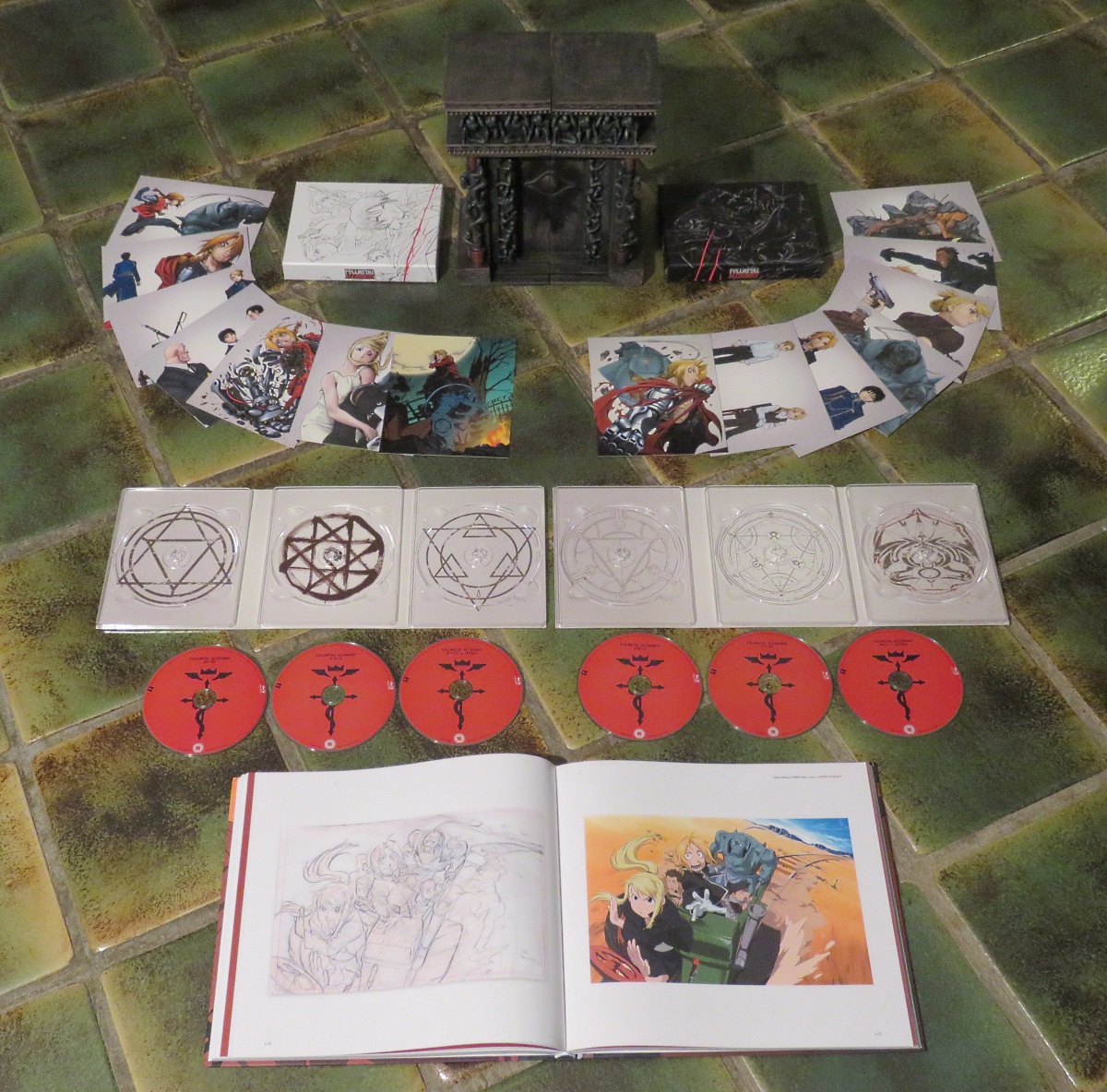 All of the contents opened. This is a massive, massive set.

Note that it doesn't contain the Brotherhood series, nor Fullmetal Alchemist the Movie: Conqueror of Shamballa (for which Anime Limited wasn't able to obtain the rights). This is the original series only. 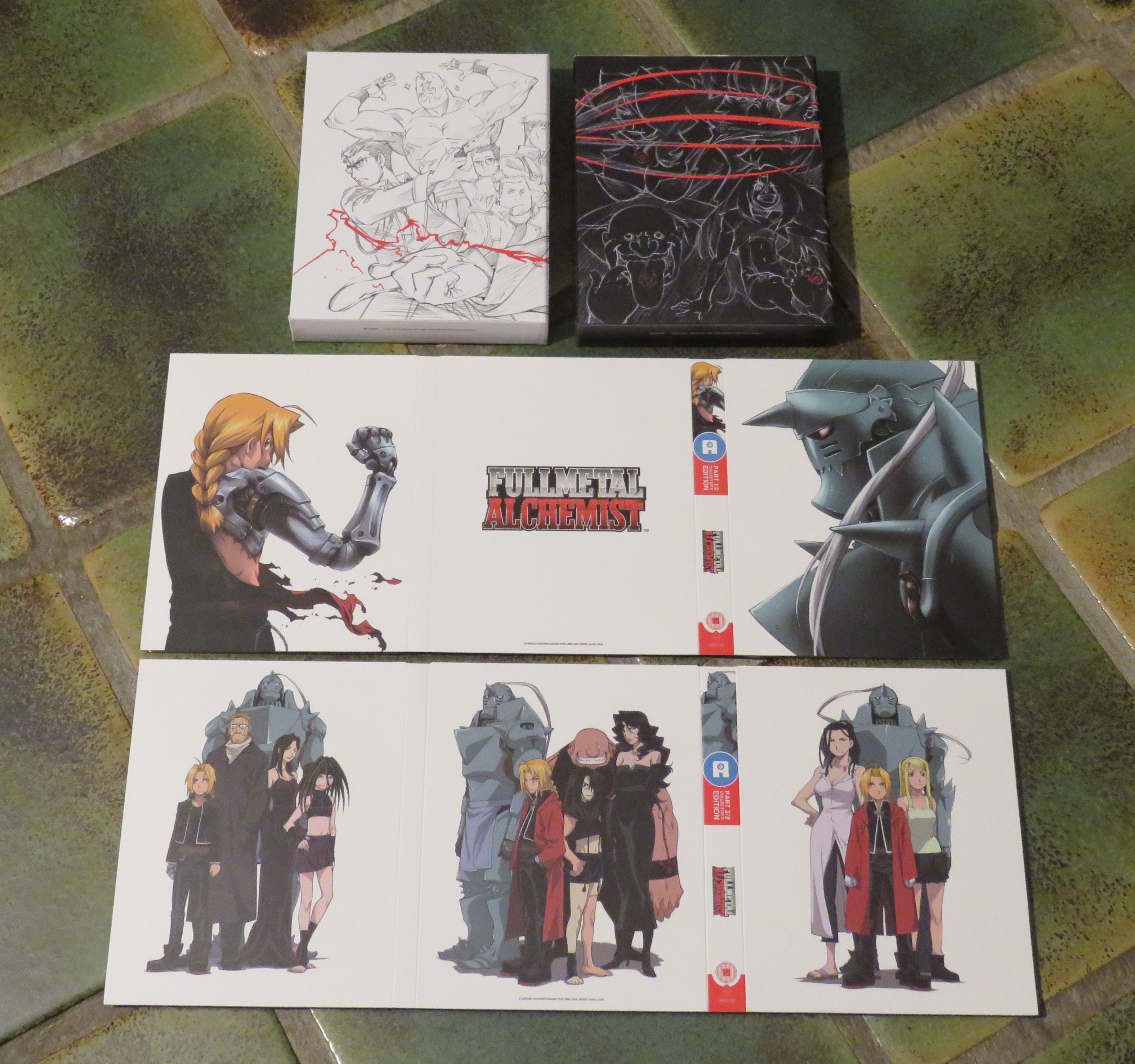 The boxes and digipaks turned over, to show the back art. 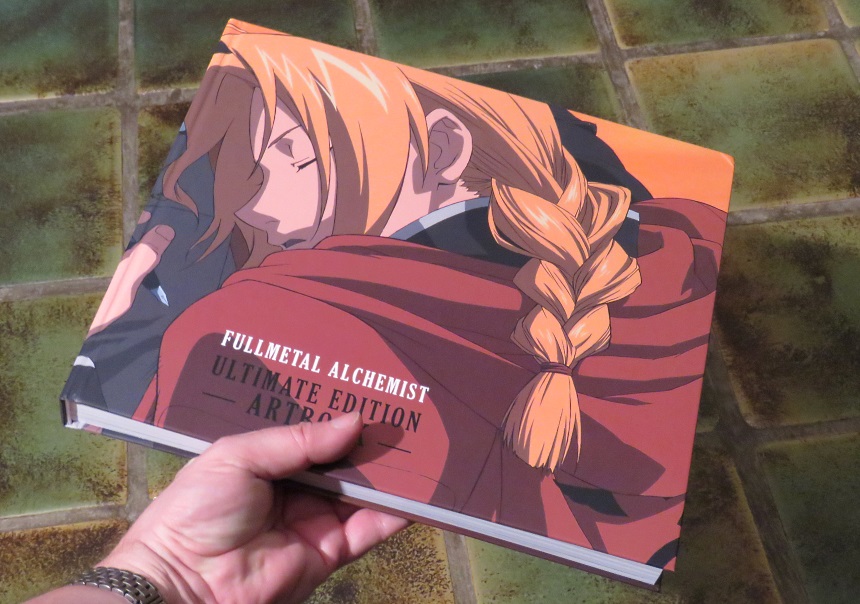 A closer look at the book. It is a huge hardcover one of 250 pages, and was for me the clincher in deciding to buy this set.

Inside are character sketches, artwork breakdowns, backgrounds, designs, posters for the early DVD releases... it's a treasure trove for fans of the series.

A pre-order perk: I've been made an Alchemist!
No, I'm not giving you my nickname... 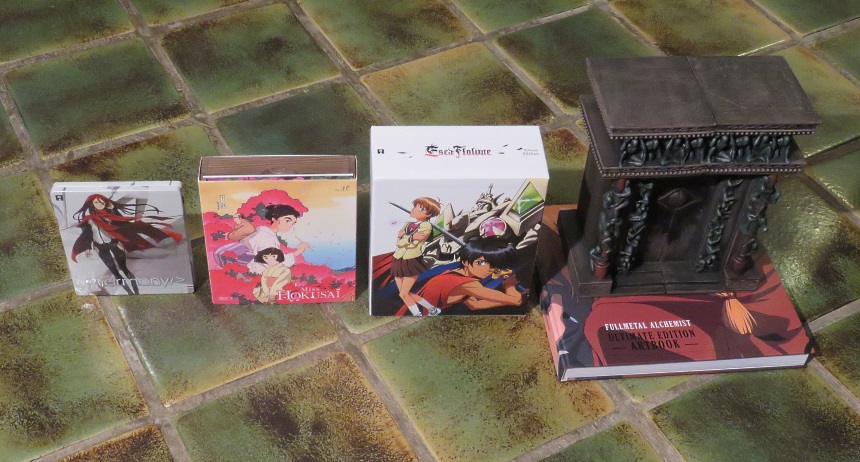 I can write all I want about the size of this thing, but a picture says more. From left to right you see:

The Harmony steelbook, the Miss Hokusai wooden box, the Escaflowne Ultimate Edition, and... well, this one. 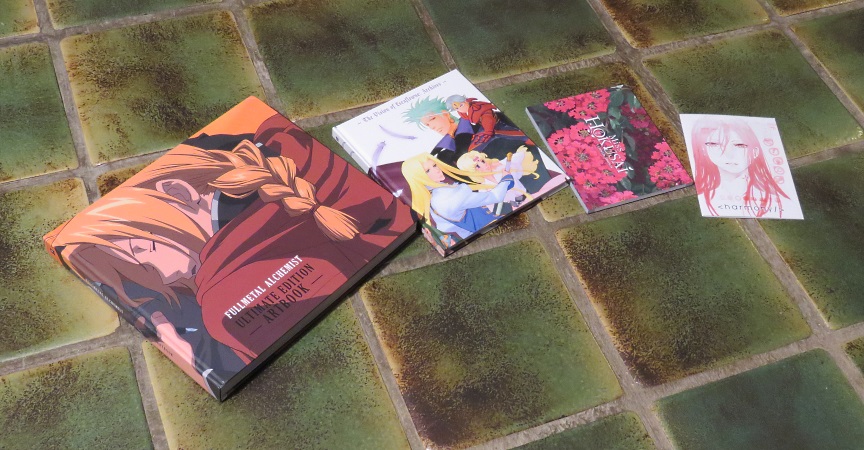 Finally, another size comparison: here are the books / booklets included in those sets.

Will Anime Limited ever top this? It sure will be fun to find out...