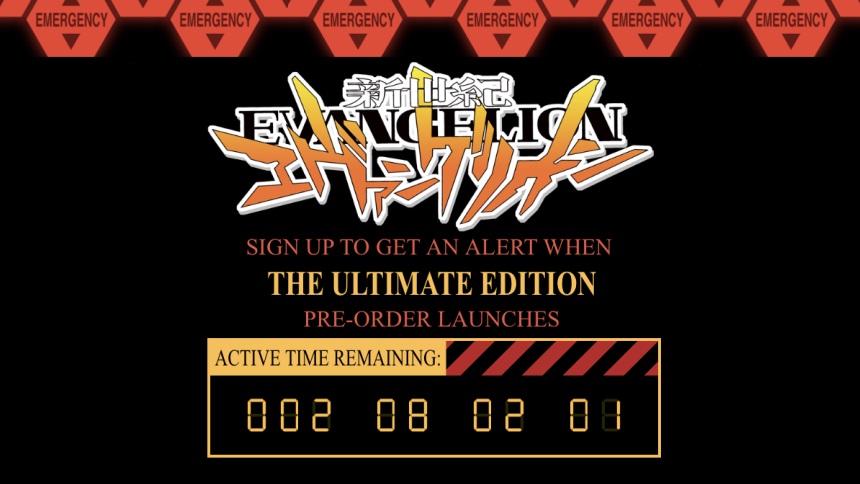 Last year, Scottish distributor Anime Limited announced that their next Ultimate Edition Blu-ray release would be for the classic anime series Neon Genesis Evangelion, to be released this year. The release of any of their Ultimate Editions is news in itself, as they tend to be ridiculously great, fantastically packaged, and often both.

If you search their website for "Evangelion", you get sent to this page with a countdown... so it's really happening. I've asked the company for a peek behind the curtain but "wait it out..." was all I got. Hmpf...

So what can we expect to be in there? Quite probably not the reboot films (those may get their own release later...) but expect the original Neon Genesis Evangelion series, with different versions of the last four-or-six episodes, the Evangelion: Death and Rebirth and The End of Evangelion films, and tons of physical extras,

The price? That will be high, a given with these releases, But I know this particular title is a labour of love and a long-outstanding wish of the people running Anime Limited, so it will in all probability totally worth it. So if you're interested, check out their site in... about two days.

More about The End of Evangelion.