No sense in burying the lede on the key art for Paul Verhoeven's Benedetta.  Violence, sex, and religious hypocrisy is on the first station of the cross in Intermission Studios latest key art for the film as it edges into commercial release December 3 in North America. If you recall, Intermission also did the artwork for one of the best one-sheets of this year, for The Innocents.

The first time I saw text pushed on top of the key character's face as a modern poster design aesthetic was in 2007 for the lawyer-fixer drama Michael Clayton. Since then, it has become a very regular design choice across the genre spectrum, and, as Business Insider points out, posters for Matt Damon vehicles.

Nevertheless, there is the novel use of the cross here -- to cram in pull quotes, title and even the entire credit block. Note that Paul Verhoeven's credit is above and outside the crucifix, which is a nice touch.

Furthermore, in posters, one should always follow the eyes of the characters; here actress Virginie Efira glances upward, but not straight upward, rather off to the side.  Her eyes are unobscured by the text, but her lips are sealed with "Boundary Pushing."  Marvellous. 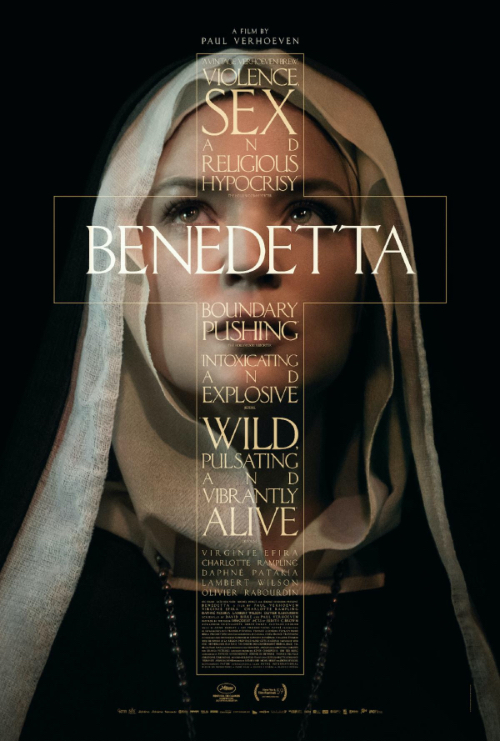