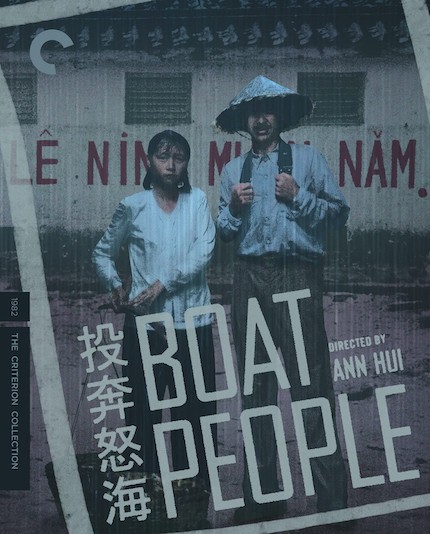 Ann Hui's Boat People (1982) peers behind its title and explores why so many Vietnamese citizens were compelled to flee their homeland.

An early film by Ann Hui, Boat People is very deserving to be added to The Criterion Collection, where it is set for release in February 2022. As their official verbiage notes, it is "one of the preeminent works of the Hong Kong New Wave." The release features a "new, restored 4K digital transfer, approved by director Ann Hui, with uncompressed monaural soundtrack on the Blu-ray," as well as a "new conversation between Hui and filmmaker Stanley Kwan, who was the movie's assistant director," Keep Rolling, described as "a 2020 documentary about Hui made by Man Lim-chung, Hui's longtime production designer and art director," As Time Goes By, "a 1997 documentary and self-portrait by Hui, produced by Peggy Chiao," archival footage of the "press conference from the 1983 Cannes International Film Festival," and the film's trailer.

Read more at the official Criterion site, where you can decide how to spend your hard-earned money on the movies that you and/or your loved ones adore and want to possess forever.

Do you feel this content is inappropriate or infringes upon your rights? Click here to report it, or see our DMCA policy.
Ann HuiCoen BrothersDouglas SirkHong KongLeo McCareyUSVietnam