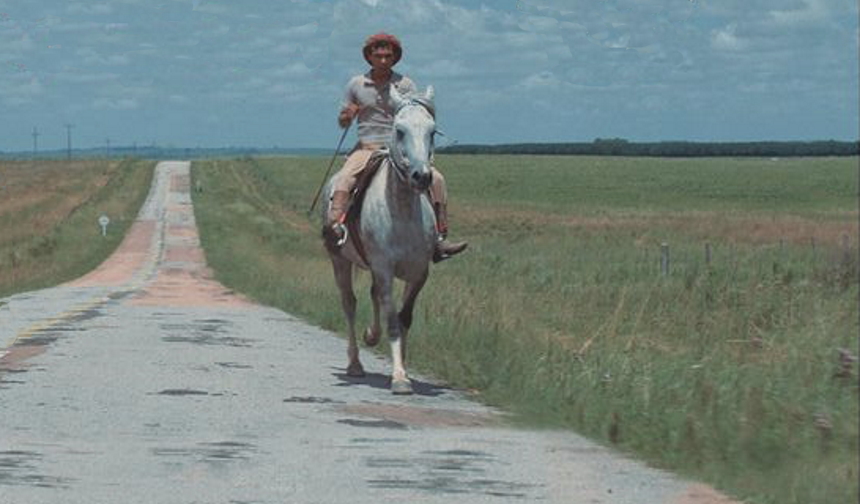 The rare film from Uruguay to play the Cannes film festival, Manolo Nieto Zas's The Employer And The Employee released this key art from the festival that popped out in large part due to the 'scope but sideways' design.

I know little about the film beyond a San Sabastián Festival synopsis, "A film about the relationship between two young men and about the convoluted relationship of both with happiness, freedom and work." However, the poster design promises that it will be a film of contrasts: looking at the world a bit different, sideways, if you will. But also contrast of the pastoral and the modern, with the two modes of transportation being the principal design elements at play, the open road between them.

The poster also reminds me from a 2017 genre film out of time and place, halfway around the world from Uruguay, the Indonesian revenge neo-western, Marlina The Murderer In Four Acts. That film also had scenes of horseback and ranch, as well as automobile and mobile phones scattered throughout the narrative. But there the contrast was a severed head, and a female protagonist.

Back to this design. The sky here offers ample space for the Cannes Director's Fortnight logo. The unfussy, but bold red title card, as well as the stars and director credits. I seriously dig the mulch of a credit block at the bottom, along with a score of funding and production logos. 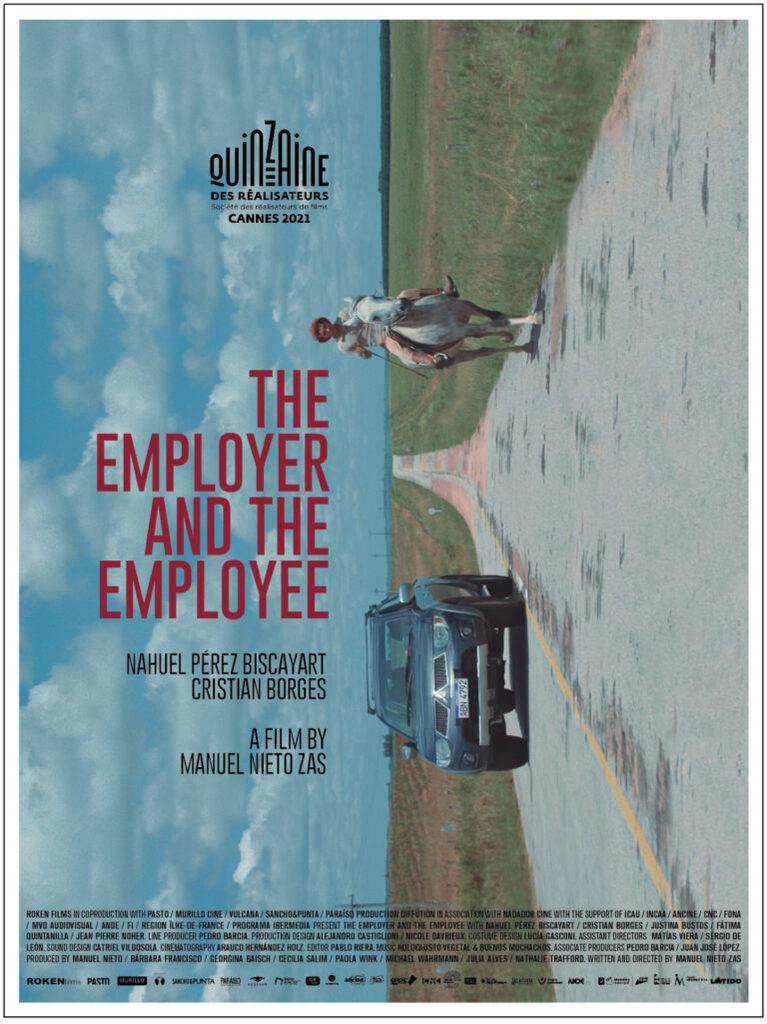