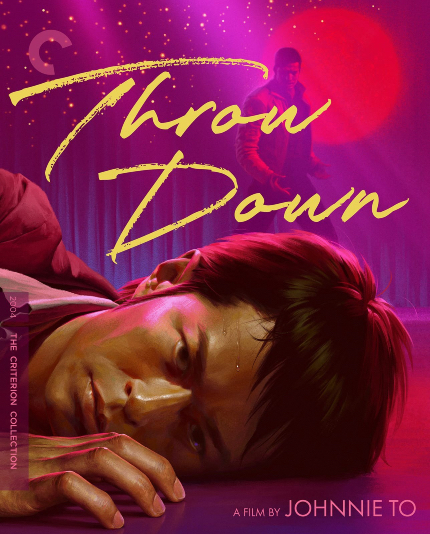 When it comes to Johnnie To, I am spoiled, yet also ignorant, which is why the Criterion Collection's announcement that the Hong Kong filmmaker's Throw Down (2004) will be heading for release on the label in September 2021 delighted me so much.

The lineup in September is actually led by Love & Basketball, directed by Gina Prince-Bythewood, which is much more than its description as a "sports drama" might suggest; it's a lovely movie that stuffs a lot of meaning into its tender/tough story. That sterling directorial debut is nicely complemented by a four-film box set featuring the work of Mario Van Peebles, who is an essential storyteller in American and world cinema.

European auteurs are not left out, either, with new editions of Luchino Visconti's The Damned and Neil Jordan's Mona Lisa (Bob Hoskins! Cathy Tyson!) also due for release in, I'm sure, sparkling condition.

Getting back to Thrown Down: it came in that amazing span of a few years in which the amazingly efficient and prolific Johnnie To also directed a slew of entertaining, sometimes great films, leading up to Election (2005); I'm glad to see that Criterion has acquired rights to it, and I'm hoping this will be the first of several, if not many.

Read more about all these releases at the official Criterion site.

More about Throw Down