Review: A QUIET PLACE PART II, More of the Same and Different Too

With a premise brilliant in its simplicity, monstrous alien invaders with super-hearing limited by poor or nonexistent vision, and a family who survived through a combination of determination, ingenuity, and sheer coincidence or luck (an American Sign Language [ASL]-conversant family due to a member’s deafness using ASL to stay alive), and deftly directed, ruthlessly efficient, nerve-shredding set pieces, A Quiet Place, a relatively modest, modestly budgeted post-apocalyptic horror film, surprised, shocked, and enthralled movie audiences and film critics alike weekend after weekend. The return on investment (ROI) all but guaranteed not just a sequel, but a sequel fast-tracked into movie theaters before audiences lost interest.

Postponed fourteen months due to the global pandemic, A Quiet Place Part II opens not moments after its predecessor ended three years ago, but with an all-too-brief return to pre-invasion, inadvertently prescient normality, a flashback that gives writer-director John Krasinski, a few minutes of onscreen time as his character, Lee Abbott, Lee’s wife, Evelyn (Emily Blunt), and their three children, Regan (Millicent Simmonds), Marcus (Noah Jupe), and Beau (Cade Woodward), escape the initial alien attack during a Little League baseball game. As anyone who’s seen A Quiet Place knows, though, Lee and Beau don’t make it out alive, Lee in a late-film act of self-sacrifice and Beau in an early scene that highlights the most important rule of survival: The slightest sound can lead to your swift demise at the claws and pincers of the world’s new apex predators.

After the show-stopping prologue/flashback that doubles as a show- or sizzle-reel for Krasinski's talents as an action director, A Quiet Place Part II jumps ahead 473 days, moments after Evelyn and Regan defeat one of the monsters thanks to the static created by Regan’s malfunctioning hearing aid. With their home and sanctuary destroyed and a newborn infant, Evelyn decides to seek aid from nearby survivors, if any. In the hollow-eyed, bedraggled, grey-bearded Emmett (Cillian Murphy), a onetime family friend who lost his entire family in the first encounters with the aliens, Evelyn thinks she’s found an ally, but Emmett, reconciled to a skewed, cynical view where personal survival takes precedence over altruism, initially agrees to help, but only after Marcus injures himself in a bear trap and only for a day or two.

Soloing on screenplay duties (Krasinski revamped Scott Beck and Bryan Woods’s screenplay the last time), Krasinski shifts the primary focus from Evelyn or Marcus to Regan and surrogate father-figure Emmett. While still key, Evelyn somewhat becomes a supporting character in her family’s story. A hero in her own mind, Regan decides to track down the source of a song, “Beyond the Sea,” playing repeatedly on a radio station. Regan convinces herself that the song holds the key to saving her family in an isolated island a short boat ride away. Expecting Evelyn to object to such a dangerous venture, a stubborn, obsessed Regan sets out alone, with Emmett reluctantly following Regan after promising Evelyn to bring Regan back (spoiler: he doesn’t).

From that point on, A Quiet Place Part II splits into two storylines of differing weight and consequences: Regan and Emmett on their journey through a typically post-apocalyptic wasteland filled with decaying bodies and abandoned train cars, and Evelyn, her baby, and Marcus. When Evelyn decides to venture to a familiar pharmacy for medical supplies, the storylines split again. Breaking up the Aristotelian unities (time, place, character) that made A Quiet Place so compelling was certainly a risky decision on Krasinski's, but it turns out to be risk worth taking and/or embracing. Taking a page from classical cinema, Krasinski and his editing team cut back-and-forth between the three storylines, escalating tension and suspension in each one, before building to a mostly emotionally satisfying three-part climax.

While the three-part narrative doesn’t so much dilute A Quiet Place Part II’s emotional impact or dramatic weight, the all-too-abrupt ending, a not unexpected ending that leaves the door open for another sequel, certainly does. Then again, including “Part II” in the title should have been a tip-off that whatever the sequel’s implicit promise to deliver a complete, standalone entry, it would still  feel like the middle chapter in a trilogy or series. And with the origins of the monsters remaining unanswered once again, there’s more than ample room to build on or expand the Quiet Place universe even if in hindsight, it feels not entirely welcome or essential.

A Quiet Place Part II opens in theaters Friday, May 28. 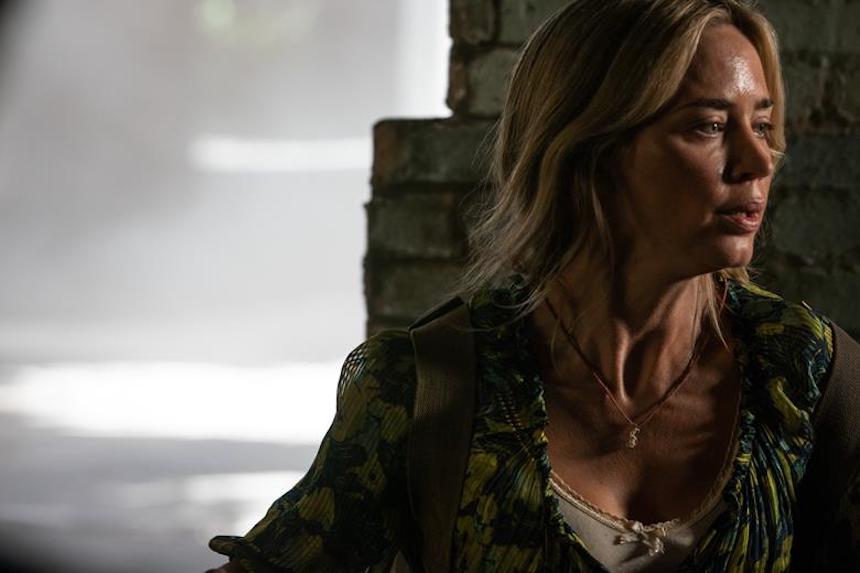 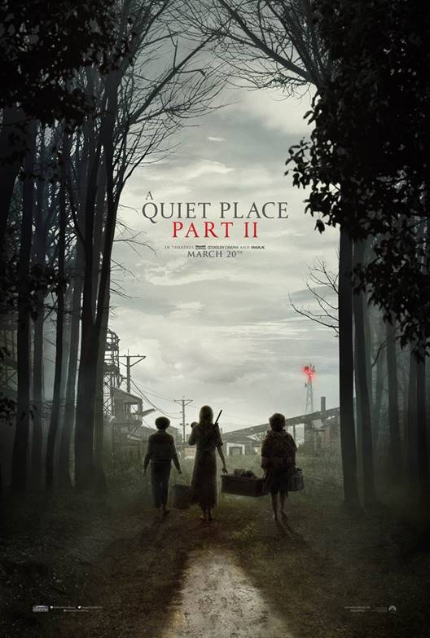 Do you feel this content is inappropriate or infringes upon your rights? Click here to report it, or see our DMCA policy.
A Quiet Place Part IICillian MurphyEmily BluntJohn KrasinskiUS

More about A Quiet Place