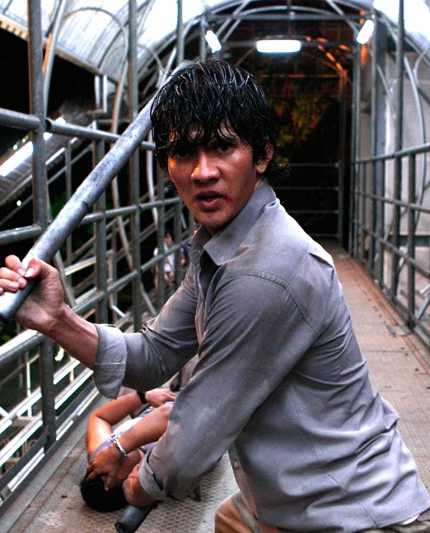 Merantau is the next great martial arts film to come out and is the best one this decade. That's really all I want to write about it. I think it is that good. Let me expound on that some, though.

Yuda lives a simple life in his village of Minangkabau with his mom and his brother. But the time has come for a rite of passage, called Merantau -- hey, that's the title! -- means a lot to not only him and his family but his whole village. Yuda sets out, his dream is to open a Silat school. But when Yuda arrives in Jakarta the home at the address he has been given has been demolished and he has nowhere to live.

Unwilling to admit failure so quickly in his journey, he spends the nights on a construction site and the days walking through the city looking to settle down somewhere. Then one day, Yuda thinks he saves Astri and her brother Adit from Johni, a low life thug she owes money to from her earnings dancing in clubs. Little does he know he is about to enter a much darker world with deeper secrets than just extortion.

Because Merantau is a film that takes its first moments to explore its character Yuda and draw you into his life, because of the time spent to establish character and endear us to him and his family, we're there, willingly, ready to cheer him on. Different from other previous powerhouse martial arts films to emerge from Asia over the past couple years, Merantau takes its time to explore its central hero, to familiarize us with this stage in his life. We are allowed the time to become emotionally invested in his journey.

That's the first 30 minutes. The rest of the hour and fifteen minutes is some of the best fighting and action set pieces you will ever see.

Gareth Evans never loses control of his camera and never makes the mistake of getting too close to his subjects. He believes that the only way that action is to speak on the screen is through the motions of his subjects, not the motions of the camera. And perhaps a lot of that also has to do with his background in photography and uses that skill set when filming. I have always been a firm and ardent believer in allowing your actors to dictate the action in the film and Evans allows his cast to do that. For that I am very happy for both Evans and his cast.

And they do it well enough that you would never guess that this is a group of actors and stuntmen that have only until now been doing wire-fu and fantasy martial arts projects. The learning curve was short for this crew but they deliver one hell of a punch for all their hard work. I'm sure as they work harder at it that issues like timing and flow will improve greatly.

For most of the film, Evans keeps a taut leash on his cameras but does allow for some really nice trick shots. And because they are small in number, perhaps that is why they stand out all the more instead of becoming the filter through which you try to make out the action. This is even more important than ever because this is the first time that the Indonesian martial art Silat has ever been shown on screen. It is important for us to be able to see this art fought out on screen.

Though perhaps risky of Evans to take a unknown quantity in newcomer Iko Uwais, he proves that he is equal to the task and not only delivers tip-top action but also enough dramatic chutzpah to keep us interested in his life and his choices. He has great presence on the screen and nothing feels awkward about his acting skills. Iko Uwais is the real deal! He can act. He can kick ass. He looks good on the screen. He has a lot going for him that a lot of martial arts actors haven't been able to either attain or find the right balance of.

Evans supports Uwais with a good supporting cast. Mads Koudal and Laurent Buson are equally menacing human traffickers, Buson an established martial artist in his own right. Sisca Jessica as Astri is as cute as a bug's ear and is the reason why Yuda gets caught up in this trafficking ring in the first place. She looks after her little brother Adit (Yusuf Aulia) and has Johni (Alex Abbad) hot on her heels for money owed him.

Another notable character is Eric (Yayan Ruhian), a Silat fighter like Yuda, but has been through life's troubles and trials and knows more about life in Jakarta. Eric has already made those hard choices in Jakarta that Yuda isn't ready to make; sold his soul to the devils, if you may. Eric is at a place where Yuda doesn't want to be.

Thus this journey called Merantay begins for our hero Yuda. Where does it end? Well, you're just going to have to find out for yourself, won't you. 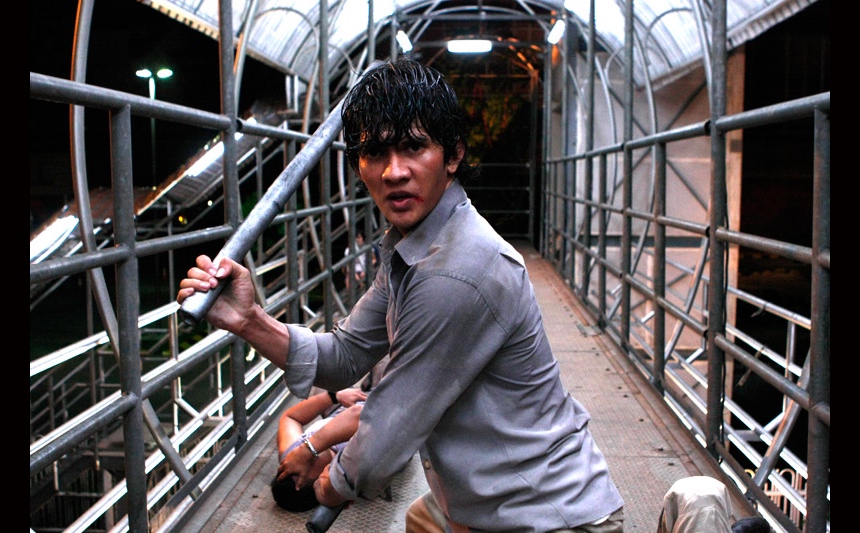