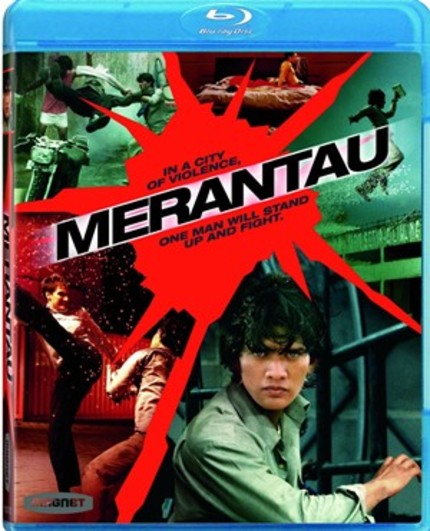 Think you'll have a hankering to rinse all that Christmas season sweetness and light away with the sight of people getting punched? A lot? The Magnet Releasing have got just the thing for you.

The US release of Indonesian fight film Merantau - an Audience Award winner at Fantastic Fest 2009 and a film that I'm biased as hell on, having had a hand in the international cut - comes December 28th and it promises to be the definitive version of the film thus far. For one, it will be the only BluRay release anywhere in the world. For another, while the feature set has not been 100% confirmed yet, it will contain a number of significant features not available on any other edition. So if you want to find out why we were making such a big deal of star Iko Uwais, your time is coming soon.

And fans, keep an eye out. We'll have news of an upcoming Uwais project within the next few days. I'm just waiting on some promo imagery to run with it.
Tweet Post Submit