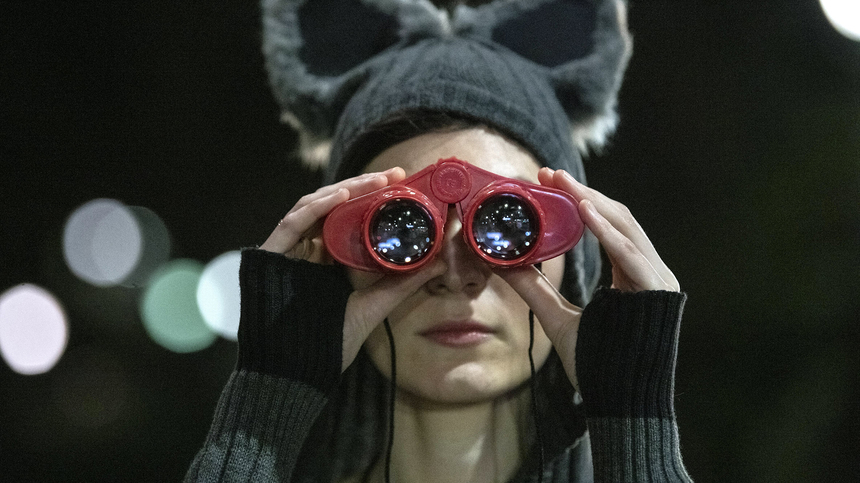 Kiwi filmmaker Jonathan Ogilvie turns his Ph.D. thesis The Cinematic of Surveillance into a feature-length reimagination of Joseph Conrad´s The Secret Agent in his latest feature Lone Wolf. The reality aesthetics propelled into popculture by The Blair Witch Project envelopes Ogilvie´s political thriller of surveillance capitalism. After Xu Bing conjured a narrative from piecing together authentic found footage in Dragonfly Eyes, Ogilvie opts for the opposite approach - emulating found footage to materialize a plot of "a victimless atrocity" gone wrong.

In the center is a bookstore Pleasure Pen in a near-future Australia, the humble dwelling of its owner Conrad (Josh McConville), his environmentalist girlfriend Winnie (Tilda Cobham-Hervey), and her nature-loving brother Stevie (Chris Bunton) with Down syndrome. Conrad is amidst an evangelization for the return of fax machines, a communication technology that does not leave an immense trail of data unlike other types of new-tech. He is also a member of a minarchist (a quasi-anarchist) cell, his rag-tag group of renegades consists of a squatter Hippy Karl (Tyler Coppin), a defrocked priest Father Michaelis (Lawrence Mooney), and Ossipon (Marlon Williams), a bit of an opportunist sleaze whom Conrad calls debasingly "a gigolo".

Since the exotic pornography Conrad is offering in the bookstore does not generate the steady income he needs to support them and fund activities of political activism with his fellow counter-surveillance fighters, he keeps hustling as a secret police informant. In the light of the upcoming G20 summit, Conrad receives an offer from a shady group he would not be rather associated with. However, the wad of cash and the common goal of disrupting the summit and not harming anybody, so basically a PR stunt, tilts him to accept the job.

The whole odyssey of Conrad to become "a good terrorist" until after a tragic denouement unfolds in a retrospect as a supercut of found footage stitched into a cinematic cyber-text of CCTV clips and social media videos. It is watched by a freshly elected minister of justice (Hugo Weaving) and two police officers, one disgraced and one promoted, in real-time. The seemingly disgraced officer, Conrad´s connection Kylie (Diana Glenn), brought the supercut which she edited with a gusto of a veteran editor with a sense for accelerated dramatic rhythms (Bernadette Murray is the actual editor of Lone Wolf). The "domestic drama", as the minister comments the first third of the footage, unraveling in Pleasure Pen erupts into a full-blown national security risk that could be subtitled as A Downfall in Two Acts. 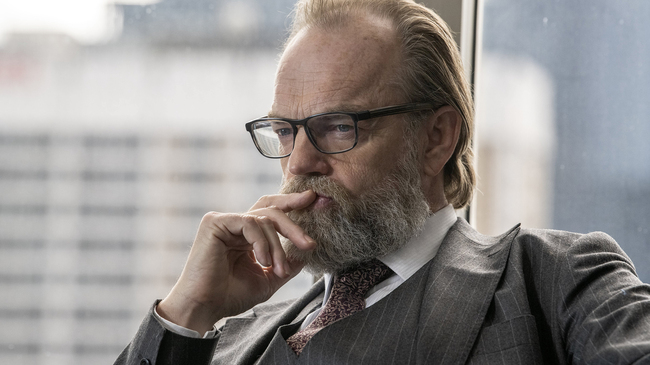 The film´s brave new world of ceaseless surveillance is not a Big-Brother-driven dystopia but a mundane norm. Ogilvie renders the action in a surveillance stylization - odd angles of security cameras, feed from in-house CCTV and smartphone handcam footage - adopting tropes of surveillance for the purpose of the story, an aesthetics he dubs cineveillant. The Lone Wolf website lists the breed of mockumentary horrors The Blair Witch Project and Paranormal Activity, and even more surprisingly, Roy Andersson´s oeuvres, as examples of cineveillant films. The text explaining the nature of cineveillant cinema states that the genre does not always make a direct reference to surveillance but employs "surveillance vocabulary" in the visual storytelling. In the case of Lone Wolf, the motif of surveillance is employed not solely in visual storytelling but in the spy narrative as well.

The cineveillant aspect of the film contributes to a streamlined narration as the unfolding of the "found footage" plotline is fairly accelerated and eventful. Stevie´s leisure observations of people around him à la David Attenborough create a counter-balance to eventful central storyline enhancing the story with the additional semantic layer. Stevie´s naturalist angle frames humans as social animals by nature, an observation that stands opposite to the concept of a lone wolf, a term the minister proposes to use after a botched "victimless atrocity", which happens to be a purely political construct. Ultimately, the botched "propaganda by deed" Conrad is supposed to accomplish is a collective doing implicating even the state and police officials.

In the end, Lone Wolf is a drama of human tragedy exceeding the paranoid era of cyber-surveillance (the topic partially touches upon subjects of Petr Zelenka´s Droneman and Dostoyevsky´s The Possessed where he attempted to depict in his own words "the variety of motives capable of manipulating the purest of hearts and the most innocent of people into committing heinous crimes" which has a striking resonance in Lone Wolf).

In the scheme of political power struggles, machinations, and good intentions gone wrong, it is not a lone wolf that orchestrates the destruction but a bevy of wolfs, complicit and enabling alike, affirming the timeless proverb homo homini lupus. Similarly to The Pink Cloud, a motif of disrupting gender stereotypes and narrative tropes stemming from those conventions underlines Ogilvie´s oeuvre up to the overturning finale of male downfall.