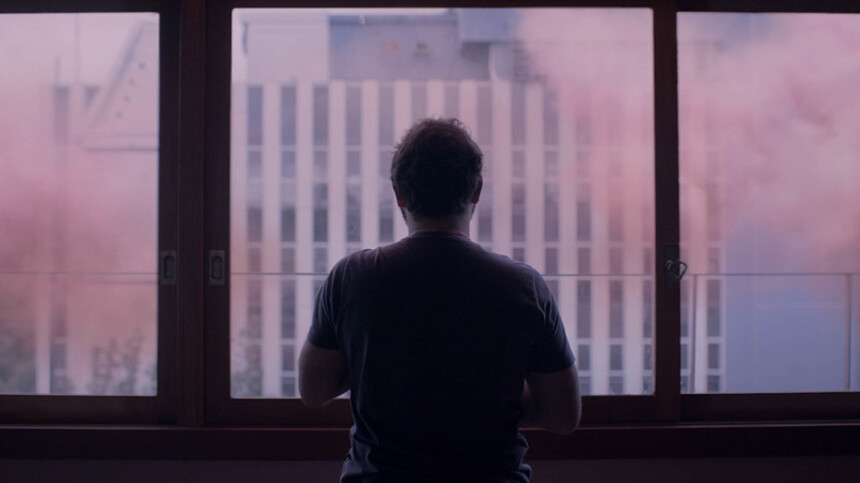 The Pink Cloud, the directorial feature debut by emerging Brazilian writer-director Iuli Gerbase, imagines the unlikely scenario of the whole world locking up inside their homes. The pre-apocalyptic speculative fiction sees a cotton-candy pink cloud descending on a city and then killing everybody outdoors.

The whole surviving population isolates itself indoors for the unforeseeable duration. Written in 2017 and shot in 2019, life imitates art as Gerbase's debut lands with pitch-perfect timing and illustrates how easily speculative fiction can transform into true events.

Giovana (Renata de Lélis) and Yago (Eduardo Mendonça), two strangers who hooked up for a one-night stand in a Brazilian city, have to shelter in place for the duration of the state of emergency. As the toxic cloud seizes all the public space, the life inside a confided space grows into a new normal. Secluded and being able to communicate with relatives and friends just online, Giovana and Yago are forced into a relationship by outer circumstances. 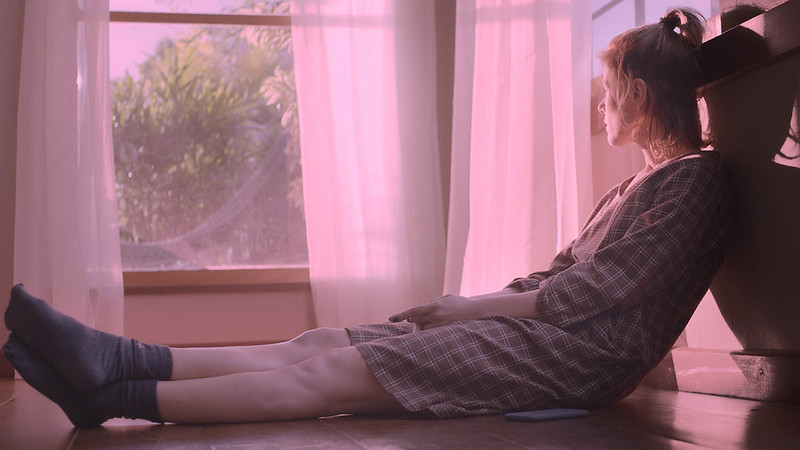 Starting as a rom-com set against the backdrop of an environmental crisis, the relationship of Giovana and Yago, as well as the plot itself, takes sudden turns and swerves. Gerbase's elliptical narration documents the half-time of the protagonist's "common law marriage" through a toilsome adaptation process that plays out as the Kubler-Ross cycle for survival on repeat.

The chamber utopia of young lovers gradually morphs into a psychological post-apocalyptic cabin fever with a bubble-gum lit sky accenting the absurdity of the new condition. The Pink Cloud turns into an end-of-days Scenes from a Marriage, while the suspended annihilation of the human race makes a Schrödinger's cat out of the relationship between protagonists.

Iuli Gerbase's first feature directorial outing is a strong and assured debut by a talented and fearless emerging director. And Gerbase does not hesitate to explore even darker impulses in the surreal drama. After the introductory prelude, The Pink Cloud tunes into Abel Ferrara's under-appreciated 2011 apocalyptic chamber drama 4:44 Last Day on Earth rather than The Mist. 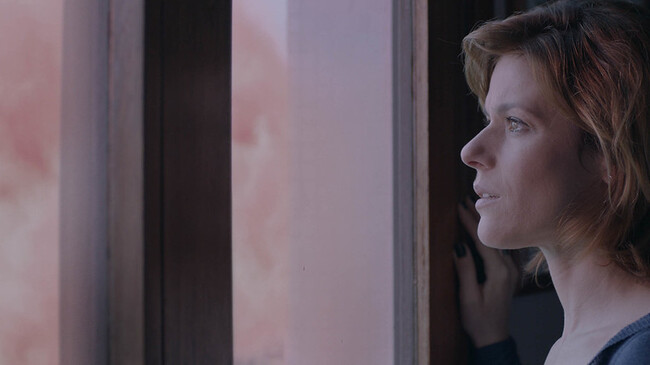 Gerbase focuses on shifts in the dynamics between the leading characters, captured in an absurd situation. Strange episodes abound as the time in captivity passes. Yago turns out to be the pragmatist embracing the situation in a Stockholm Syndrome way, while Giovana remains a fatalist struggling to adjust to a lifetime of quarantine that eventually pushes her to a tipping point. Vestiges of Greek Weird Wave can be sensed throughout The Pink Cloud, as 4:44 Last Day on Earth gets a soft Dogtooth makeover.

Far from the austere aesthetics of Greek New Wave dramas, Gerbase espouses a less alienating visual approach: the observation of minutiae in the claustrophobic and surreal existence. The newly emerging rituals and behavior patterns that keep survivors on the sane side take The Pink Cloud into the Lanthimos alley.

To extend the generational framing of the bizarre happening, the writer-director interlocks the central pair's story with plot fragments about Yago's ill father and Giovana's underage sister. The isolation and illness boil hostility in Yago's delusional father against his caretaker, while Giovana´s sister remains stranded in a house with her girlfriends and a single adult, a father of her friend. The micro-stories of both characters will strike a raw nerve as the inevitable happens.

The Pink Cloud is a powerful debut that achieves a lot with a little, proving Iuli Gerbase to be a gifted storyteller. With the apocalypse postponed, the merry-go-round of desperation, hope, alienation and isolation keeps spinning as the old world disintegrates and new order arises. In a second plane, Gerbase engages the dystopic set-up of the survival story to challenge gender norms and disrupt them.