Cottbus 2020 Review: DRONEMAN Resorts to a Radical Resolution in the Wake of Political Nihilism 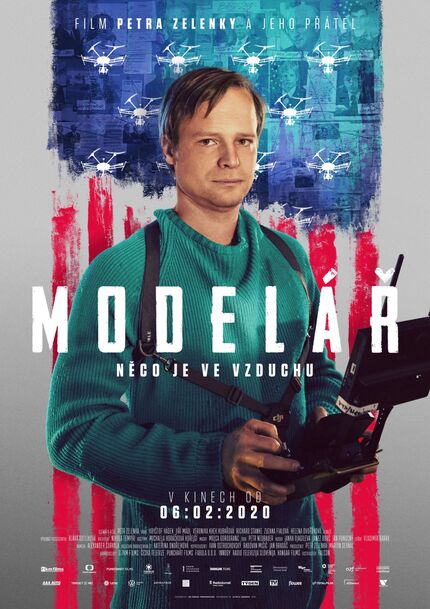 Accomplished Czech writer, director, and playwright Petr Zelenka transitions from meta-textual mystification of Kaufmanesque degree as demonstrated in his previous work Lost in Munich, to more linear storytelling in his latest oeuvre, Droneman.

Billed as a psychological thriller, the dramedy Droneman offers all the usual elements of Zelenka´s signature writing even though the director opted for a more conventional type of fiction filmmaking.

Droneman opens with a loud scene of a bombing attack near a café in Tel Aviv. The protagonist, a Czech chemist Pavel working in Israel, survives the blast. His girlfriend does not. Shaken and shocked, Pavel returns home where he struggles to find steady employment and mitigate PTSD effects.

Pavel´s luck soon changes. His former classmate, going by the moniker Plech, offers him a gig navigating a drone for a commercial shoot. Pavel is a model aircraft enthusiast whose skills become soon in high demand in the burgeoning drone industry. The two classmates reunite through Plech´s drone company. Incoming jobs for drone work start to suck them both deeper into a more politicized environment. And that starts to have stronger effects on Pavel.

Zelenka´s take on bromedy however takes a different, more political, turn. Pavel and Plech represent different attitudes and perspectives on life. The entrepreneurial Plech understands the implications from the marriage of capitalism and democracy.

And he acts to leverage a comfortable living. While he does not necessarily agree with everything, he vents his frustrations in club performances of freestyle rap. Pavel, on the other hand, remains baffled by the indifference of the major part of society towards the situation where injustices proliferate and nobody´s held accountable for crimes. 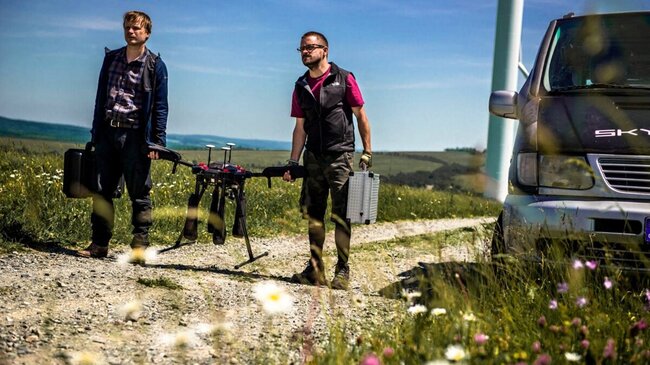 Pavel´s romantically or orthodoxically idealistic notion of justice and morality makes him the odd one in the system. And he fails to adapt to what is considers a normal functioning within social conventions. And that fuels his ambitions of a justice vigilante.

He is gathering evidence to bring people responsible for Guantanamo Bay crimes to justice. Soon, one gig lands him in the presence of a charismatic albeit populistic domestic presidential candidate. And the disillusionment from brighter tomorrows won´t let Pavel wait too long.

The director´s disclaimer that Droneman is his more conventional, understand the mainstream, film is a kind of a ruse. Droneman turns out to be the most political film from Petr Zelenka. The writer-director is reacting to current turbulent times of highly polarized society in a broken system that seems to be fueled by a steady string of controversies, past and present.

Yet Droneman encapsulates a larger topical overview. The director himself finds the story´s common ground in exploring different "recipes on how to live". Supporting characters, conventional and eccentric ones, enter the picture bringing different lifestyles and perspectives with them.

Although Pavel and Plech remain in the story´s foreground - the former seeking justice and rectify the world, the latter pursuing financial gain and wanting to snugly survive in the system. One is unable to make compromises while the other one adjusts and finds ways to prosper with smaller and bigger concessions.

Both leading characters, Pavel and Plech, stand at different poles of the spectrum yet do not necessarily clash with each other. One is pathologically pre-occupied with what is wrong while the other one remains lethargic to the broken system. The film´s plot, however, is driven by Pavel´s radicalization. 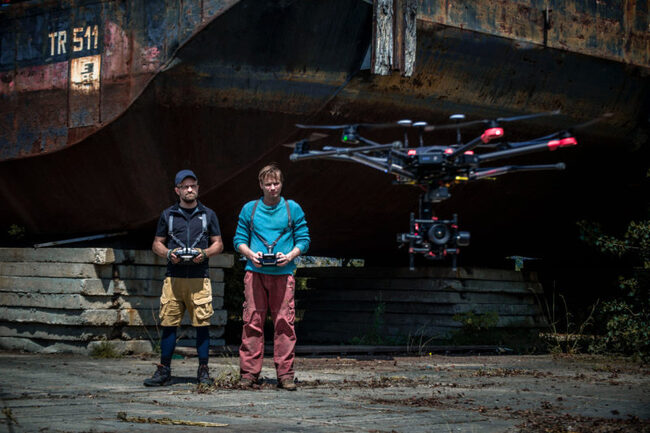 A radicalization of an ordinary albeit confused citizen who becomes disoriented in the mercurial political landscape. Nothing and nobody is entirely good nor evil and the protagonist fails to navigate the environment of relativity perceiving the world as either black or white.

The protagonist´s fate as a DIY justice fighter is directly inspired by late 19th-century Russian anarchists and radicals who resorted to "propaganda by the deed". The euphemism entailed targeted assassination to trigger political reform and a tactic where violence is justified in order to carry out a tyrannicide. Desperation and misunderstanding become the combustible mixture that launches Pavel on the path of Russian revolutionary anarchists.

Droneman´s linear narrative makes the film fit for a mainstream-oriented audience. Zelenka does not shy from laughs while the humor includes the director´s notorious winks to absurd humor. However, the seemingly straightforward story about the Forrest Gump of terrorism has a richer texture that won´t disappoint arthouse viewers.

Droneman is an exceptionally timely dramedy reflecting the current times of social and political crisis. The director does not omit the polarization fanned by populist politicians. Far from moralizing and preaching, Zelenka manages to debunk some recommendations for survival in the broken system.

Disillusionment, political activism, and indifference belong to the coterie motifs in reflecting on the development in the country and society. Zelenka´s latest film is another in the line of recent Czech dramas that directly contemplate the domestic situation 30 years after the Velvet Revolution.

Compared to others, Droneman manages to more significantly transcend the limits of domestic circumstances. The film as a psychological and political thriller and dramedy tunes into a more general prevailing mood in larger society beyond the Czech borders.