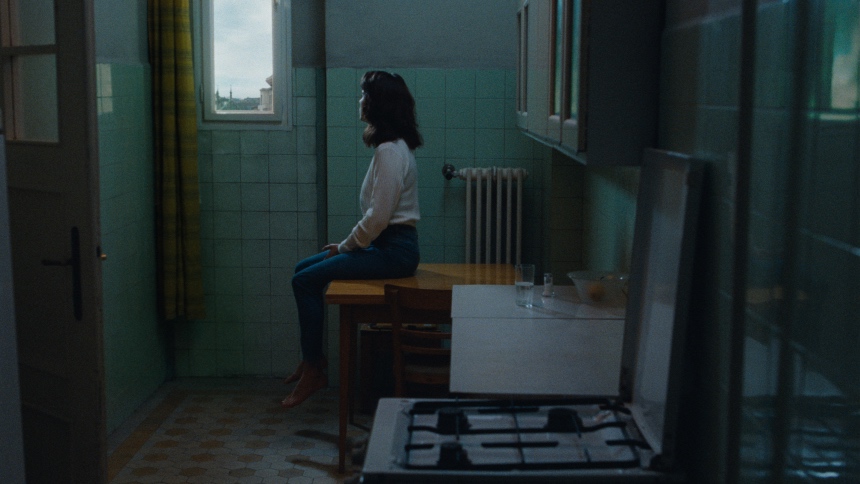 The year 2020 marks a period of empowerment of female filmmakers on the international festival circuit, at least from the political perspective, as the female versus male director ratio has become a widely-employed yardstick on the surface.

However, absorbing works by female filmmakers that have been floating around the circuit for some time already, the stereotypical notions of "a female story" were shattered a long time ago. The last stand has been preserved only by mainstream rom-coms that kept trumpeting the patriarchal dogma way too long, as the found-footage docu-essay Romantic Comedy demonstrated.

Those templates have been destroyed and new stories have been voraciously explored in literature and cinema alike by fresh faces and established authors. The spotlight turned to emerging young female filmmakers this year, especially at film festivals.

Among them is the Hungarian writer-director-producer Lili Horvát, who debuted in 2015 with The Wednesday Child. She returns on the festival circuit with her sophomore feature, Preparations To Be Together For An Unknown Period, which was unveiled in Venice and continuied onward to Toronto and beyond.

The leading protagonist is a Hungarian 40-something, childless, single and successful neurosurgeon Márta Vizy (Natasa Stork, who appeared briefly in Kornél Mundruczó´s Jupiter´s Moon and White God, for which Horvát served as the casting director). Márta is the type of character who would not appear in a stereotypical madcap love story in the leading role. Yet Preparations To Be Together For An Unknown Period is a madcap love story grasped with surgical delicacy.

Building a successful career overseas, Márta returns to Budapest from New Jersey, seemingly on a whim. The reason is an intercontinental date with a Hungarian doctor János Drexler (Viktor Bodó) sharing her professional affiliation. As the protagonist waits on Budapest´s Liberty Bridge, János never shows. Determined to meet the man she met several weeks before at a medical conference in the U.S., she runs into the hospital he works in, finds him, confronts him, and hears him say she must have confused him with someone else. Márta faints.

Horvát, along with other female writer-directors, reclaims the narrative of a burgeoning romance/relationship to free it from the clichés and offer a more realistic and mature depiction. While skirting the saccharine aspects, Horvát eschews the normalized make-believe of romance for a different kind of make-believe. After the melodramatic opening, Márta finds a new position in János´s hospital, accidentally bumping into him during their work shifts to make him acknowledge her presence.

Natasa Stok plays the character in a composed, even stoic, manner in her usual social interactions, while she vents her frustrations between the four bare walls of her ramshackle apartment. Horvát models the relationship drama between melodrama and psychological thriller, set against the backdrop of Eastern European social realism. Preparations to Be Together For an Unknown Period of Time is, in large part, an introverted take on l´amour fou.

And quite literally. Márta as an experienced neurosurgeon continues to make a series of counter-intuitive and outright irrational decisions. When her attempts do not yield the desired relationship out of the (probably imagined) affair, she contemplates whether she has a brain disease. The rejection is not an option in her perspective.

Inspired by Kieslowski´s female characters, Heinrich von Kleist´s Käthchen von Heilbronn, or Alfred Hitchcock´s Madeline Elster of Vertigo, Márta is driven by her obsession and misled by her personal projections. She walks the tight balance between reality and fantasy, cold rationalism, and fleeting madness. The writer-director introduces a young man, whose father is being treated by Márta, who becomes infatuated by her and eventually pursues her.

Márta in her preoccupation with János does not fully capture or at least does not acknowledge him. The young man is deflected after he makes an explicit move, inviting himself to Márta´s apartment. Instead of levering the economy of exploitation in a pseudo-love triangle, the man is just an unwanted obstacle in the protagonist´s quest to figure out the situation with the desired doctor.

Cinematographer Róbert Maly lensed the realist psychodrama shooting on 35mm while inspired by works of the American photographer Saul Leiter. The lighting, a raw texture, and the atmosphere remind of several New Romanian Wave oeuvres, although Maly preserves the mystery of Márta´s obsession, merging assuredly the outside reality with the protagonist´s confusion. The scenes capturing Márta´s loneliness and alienation within her Spartan apartment are powerful in their subtlety while offering a key to decipher the protagonist´s behavior.

Lili Horvát offers a different kind of romance, one that is more psychologically ambiguous and reframes usual tropes. The first spark between Márta and János appears in a sterile environment of an operating theatre over a man´s open skull. Preparations to Be Together For an Unknown Period of Time is an implosive psychological melodrama on the verge of madness that, similar to its protagonist, maintains a straight and stoic face.

The film enjoyed its world premiere at the 2020 Venice Film Festival in Giornate degli Autori sidebar.

Do you feel this content is inappropriate or infringes upon your rights? Click here to report it, or see our DMCA policy.
Felkészülés meghatározatlan ideig tartó együttlétreHungaryLili HorvátPreparations to be Together for an Unknown Period of Time

More about Preparations To Be Together For An Unknown Period