Frank & Zed enjoyed its world premiere as part of the virtual film festival Nightstream. It's an irresistible movie, a cocktail of horror, gore, humor, mythology and values, such as friendship, starring puppets.

Legend says that in the ruins of the old castle, something is alive. We know that two monsters are there, Frank and Zed, whose origin is directly linked to The Moroi. Frank is a character derived from Frankenstein's monster, while Zed is a zombie. For about 200 years they have managed to survive, helping each other. Frank often goes out into the woods to hunt squirrels and then takes out their little brains, which is Zed's food. The living dead, on the other hand, is vitally important for Frank's heart to be recharged by means of a lightning rod. Even though there are obstacles to performing this routine, such as the zombie losing one of his hands, Frank and Zed are there for each other.

Writer and director Jesse Blanchard revealed to us in an interview that the original idea for Frank & Zed came about 10 years ago. “Frankenstein’s monster and a zombie that depended on each other to survive, that part kind of just jumped into my head. The other part that jumped into my head is that Frank’s dome would be glass and you would see his brain and the zombie would kind of chew on it like a dog would chew on a bone, which is in the film but it’s not that clear. Very shortly after was also that the Frankenstein’s monster was afraid of humans and so he only fed the zombie squirrels. Then of course, if that’s the idea you’re like, well, the zombie is going to have to eat a human, and what happens when the zombie eats the human?” 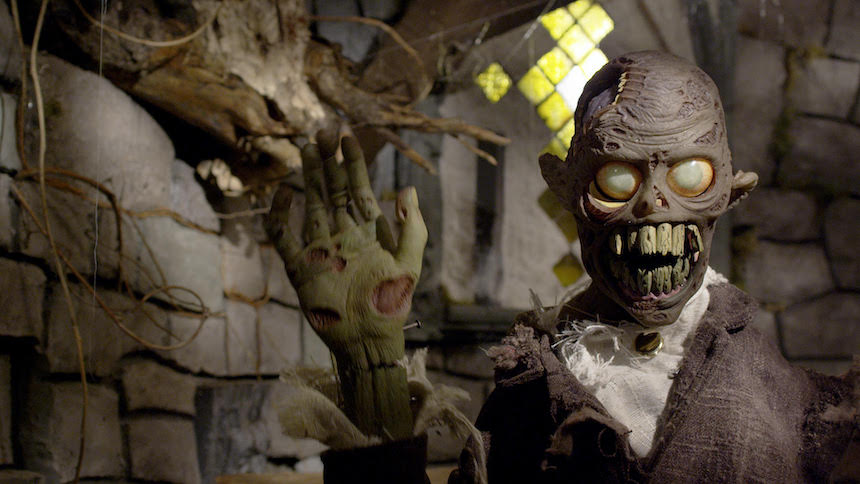 Frank & Zed mixes different tones, giving us genuinely sweet moments and then revealing an emotional background. It also explores the unshakable nature of its monsters, for example, when Frank, having suddenly remembered his past, coldly beheads a young man and Zed devours his brain, even licking the plate! “What I love the most about the Frankenstein monster is that it’s a monster that also does bad things. That’s what is so amazing about Mary Shelley’s monster, it’s really complex and interesting, it’s very different from what you see in a lot of movies, certainly different from James Whale’s stuff. I have a much stronger connection to her book. I think that was the most important thing for my film: I didn’t want perfect monsters, cute things that just look a little different, I’m not into that. I wanted to have monsters that really do bad things, they do monster things, but hopefully you will still love them”, said Blanchard.

As the real antagonists – a lord and a priest from the village who want to destroy royalty and shed blood to avoid the "orgy of blood" – carry out their plan treacherously, Frank & Zed heads to that classic denouement when the likable monsters end up being chased by a violent horde. Blanchard always sought for the relationship between these creatures to have “this deeper connection to achieve the most meaning.  For me, Frank and Zed are very much the 'Other', they’re this thing that you kind of blame for problems. It’s like, if we just go kill those guys, everything will be fine. The most exciting thing is to see people respond to the heart of the film, which is a really important part of horror that doesn’t get talked about as much as I would like. Frank & Zed is very sweet, it shares more with The Muppets than it does with Meet the Feebles, it just happens to have a lot of blood and gore.”

It’s well-known that filming with puppets is not a task for everyone. Trey Parker and Matt Stone were exhausted and mentally shattered after Team America: World Police. Blanchard and his core team – puppeteer Jason Ropp (whom he met while making the short Shine) and sculptor and painter Erin DeBray – spent around six years to complete Frank & Zed. “I wrote the film specifically to not be a puppet film. There’s a forest, a graveyard and exteriors; normally, you would never have that in films like this. I wanted to feel like it’s a whole world, so in the castle we’re going through halls and tunnels. It’s detail-rich, there’s no digital effects. In terms of the world building, I’m doing my best to try to pretend I’m Peter Jackson, outside of Meet the Feebles. Of course The Lord of the Rings [was an influence].” 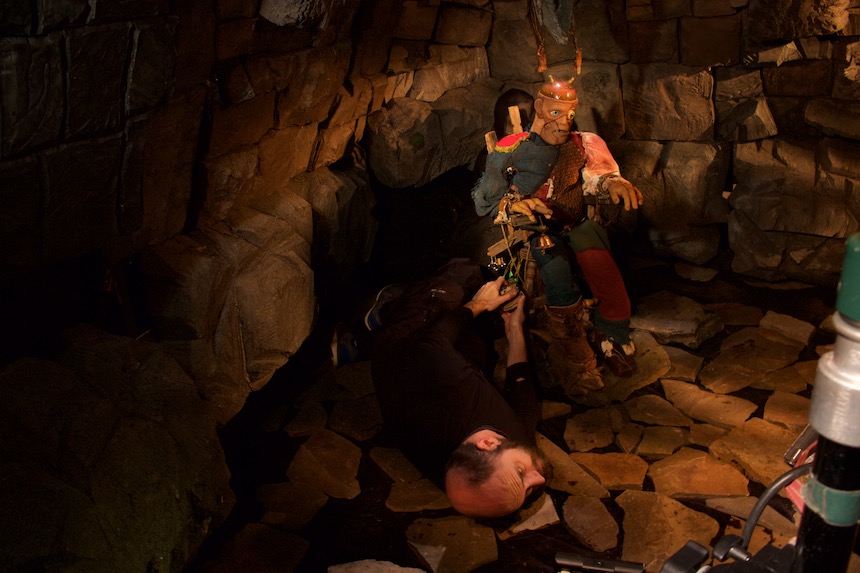 Despite these complications inherent in puppet cinema, Blanchard, unlike Parker and Stone, wouldn’t hesitate to do it again. “I love it, I had a lot of fun. Even after such a long a time I still like it, though there’s definitely periods where it’s really frustrating. But there was always something that would pull me back, like the characters and the world. I’m dying to go back, there’s many more interesting monsters that I want to see, like the Baba Yaga”, he concluded.

More about Frank and Zed