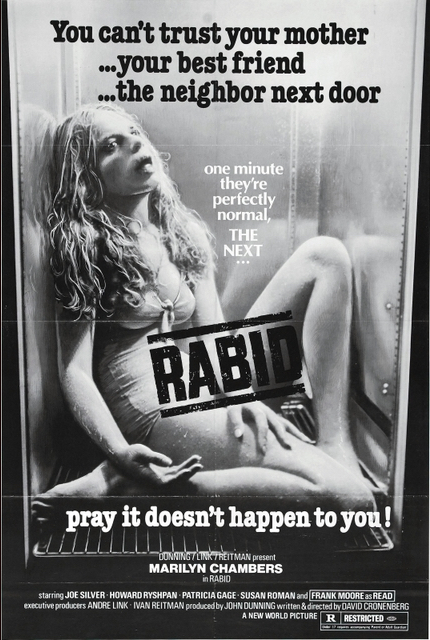 Shoot the victims, the doctor says.

Rabid (1977)
Now available to stream on The Criterion Channel.

Bracing in their bold storytelling, David Cronenberg's trio of horror films in the 1970s stood apart for their originality of vision.

As Cronenberg himself says in an interview, available on The Criterion Channel, he didn't set out to make a horror film when he first decided to make filmmaking his career; it's just what spilled out of him as he wrote his screenplay for what became Shivers (aka They Came From Within). He was, of course, conscious that he needed to make something more commercial than the experimental works he had already made in order to truly make his passion into something that could pay the bills, but what poured out of his subconscious was a fevered tale of parasites that turned ordinary people into sex-mad beings, intent only on coupling.

The unexpected success of that film launched him into his next project, which became Rabid. Like Shivers, a visually-compelling inciting incident kicks off Rabid, which, also like Shivers, largely takes place in one building, reflecting its modest budget, though it encompasses more landscape than its immediate predecessor.

The spirit of both films is contagiously frenzied, and that spirit truly fits the material at the heart of Rabid. Purely by chance, Rose (Marilyn Chambers) barely survives a road accident and is brought to a nearby medical facility, where experimental plastic surgery is performed upon the comatose woman as part of an effort to save her life.

Upon waking from a coma some two months later, Rose is not the same as before the accident, leading to the spread of a horrible madness that infects the city of Montreal, eventually inspiring the creation of a website that covers strange little films from around the world widespread panic.

And, as well all know, people, especially those in positions of authority, have no freakin' idea what to do about a pandemic, so they decide to kill everyone who is infected and let Someone Else sort it out later.

I first saw the film on a double-bill with Shivers, probably in 1980, if I recall correctly, at a repertory cinema in Los Angeles, during a time when the city was replete with such cinemas houses, which allowed developing film fans to soak in the glories of movies. Cronenberg followed up these first two films with Fast Company, a step away from horror -- though the motorized action feels like a sequel of sorts to the accident at the beginning of Rabid -- before he raised his horror game with The Brood, a piece filled with brooding atmosphere that gradually ramps up into something truly bizarre and disorienting and disturbing. (It's also available to stream on The Criterion Channel, together with Shivers and Videodrome, as well as several supplementary features.)

David Cronenberg made the 1980s his own, fusing the grindhouse and the arthouse into his own ferocious beast for that decade and beyond. This site is based in Toronto and still reflects a Canadian perspective on cinema that I've always found refreshing, and I think it's fair to say that Cronenberg has played an important role in that, whether the editors and writers all find the filmmaker's work as propulsively entertaining and enlightening as I do or not.

From my own, Hollywood-adjacent perspective, Cronenberg's early horror films stood out from the other films I was gorging myself upon during the late 70s and early 80s, not only for the brazen subject matter, but because they were different and felt original; it wasn't my sensibility and that was OK. 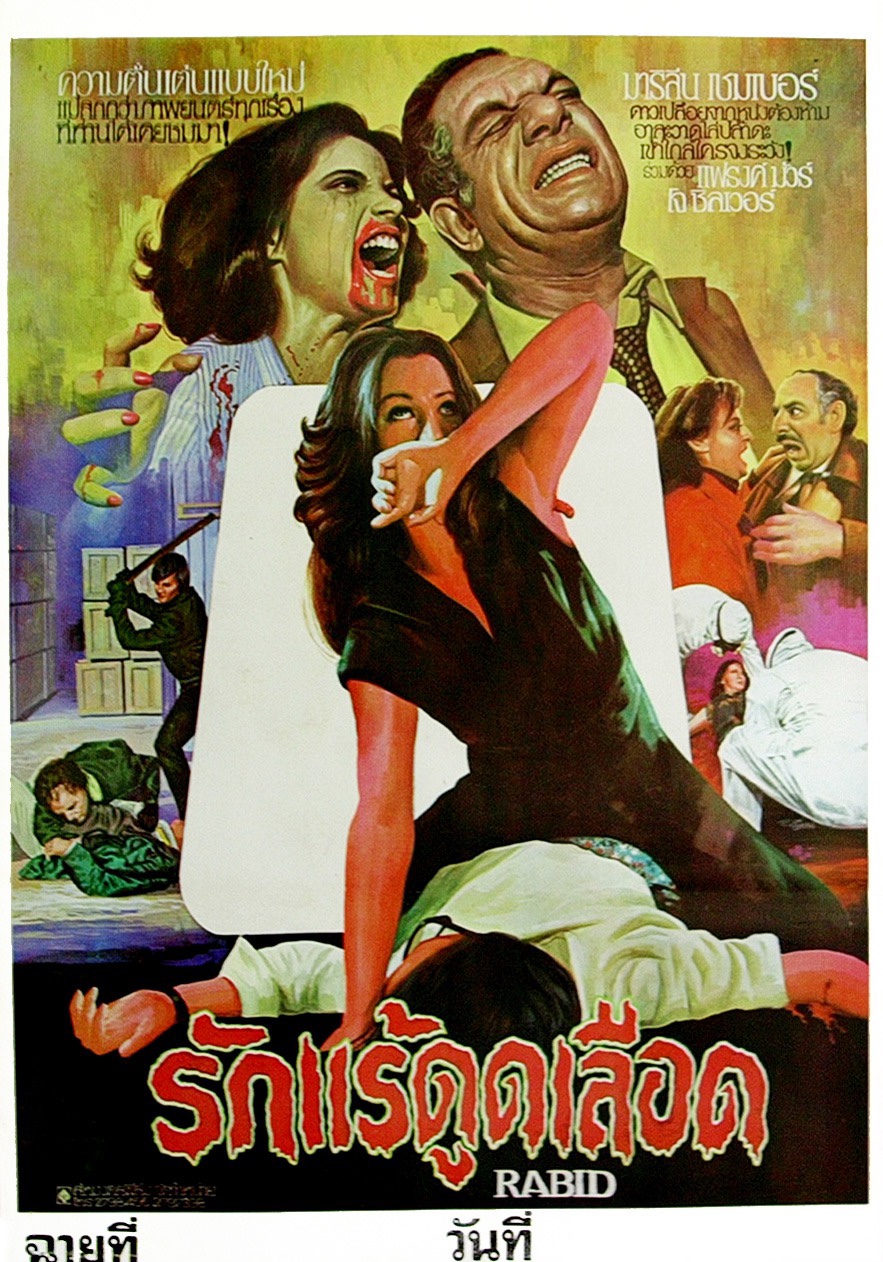 Do you feel this content is inappropriate or infringes upon your rights? Click here to report it, or see our DMCA policy.
70s RewindCanadaDavid CronenbergMarilyn Chambers