It's been a great couple of years for fans of Canadian body-horror pioneer David Cronenberg.

While I've not been terribly impressed with his contemporary work, I have been pleased at the wealth of re-releases of his classic work on Blu-ray over several labels.  The latest pair hitting home video are his late '70s Marilyn Chambers vehicle, Rabid, and the Jeremy Ironsiest Jeremy Irons film ever, Dead Ringers, featuring a double dose of your daily recommended dosage of Irons. Both discs hit store shelves in November, and we have the details below. 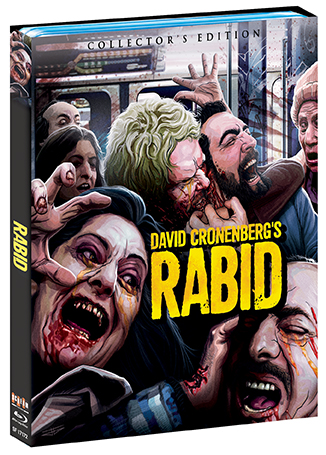 Rabid, while not his finest film, is definitely a lot of fun and was actually the first Cronenberg film I saw on the big screen at an all-night horrorthon back in the mid-90s. That night remains one of my fondest memories of my early cinephilia, and Scream Factory's new release is packed to the gills with supplemental material for fans to enjoy.

Cronenberg’s provocative take on the vampire mythos will makes its Blu-ray debut with the release of the Collector’s Edition Blu-ray of Rabid on November 22nd, 2016 from Scream Factory.

After undergoing radical emergency surgery, Rose (former adult film star Marilyn Chambers in her first leading role in a mainstream film) develops an insatiable desire for blood. She searches out victims to satisfy her incurable craving, infecting them with an unknown disease which, in turn swiftly drives them insane… and makes them equally bloodthirsty.

Follow the lovely but deadly Rose through her terrifying ordeal as victim by victim, the spreading circle of casualties grows... until no one can escape their grisly fate of becoming... Rabid. 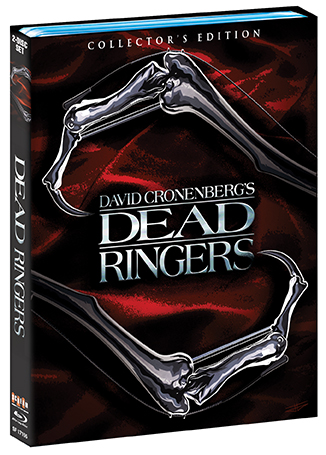 Cronenberg’s 1988 film Dead Ringers, is among his strangest, and that’s saying something from a director who turned a man into a fly and had parasitic monsters using vaginal armpits as transport in some of his work. This film, the story of identical twins gynecologists and the bizarre love triangle they create, is a masterpiece of understated strangeness. Scream Factory are presenting the film in two different framings, both 1.78:1 and Cronenberg’s preferred 1.66:1 aspect ratio. Home video geeks will know that Dead Ringers is one of the most controversial films on DVD and it has never had a truly comprehensive edition, but Scream Factory appears to be ready to remedy that, and I’ll be happy to trade in my old discs for one set that does it all.

Claire Niveau (Geneviève Bujold) is in love with handsome Beverly. Or does she love Elliot? It's uncertain because brothers Beverly and Elliot Mantle are identical twins sharing the same medical practice, apartment and women – including unsuspecting Claire.