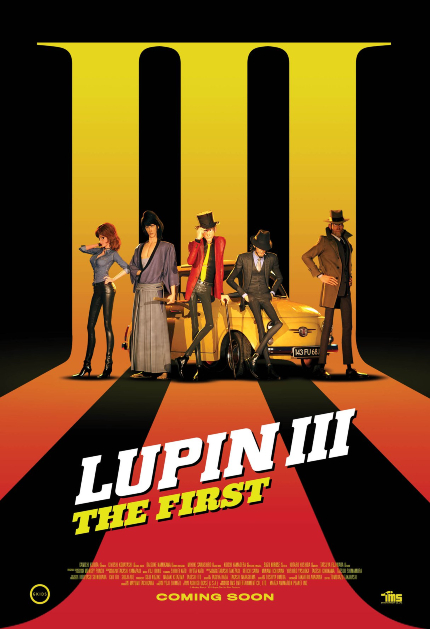 A new teaser for Lupin III: The First only faintly recalls Miyazaki Hayao's 1979 feature film adaptation, but perhaps that is intentional.

Released in Japanese cinemas in December 2019, the film has been acquired by GKids for distribution in the U.S.; for now, it's release date is simply "coming soon." The full synopsis from GKids supplies all the details:

"The iconic 'gentleman thief' Lupin III returns in an action-packed, continent-spanning adventure, as Lupin III and his colorful underworld companions race to uncover the secrets of the mysterious Bresson Diary, before it falls into the hands of a dark cabal that will stop at nothing to resurrect the Third Reich.

"The gang undertakes trap-filled tombs, aerial escapades and daring prison escapes with the trademark wit and visual finesse that have made Lupin the 3rd one of the most storied animation franchises in the world, in a thrilling new caper that is sure to delight fans old and new."

Recently I watched Miyazaki's film, which is now streaming on Netflix, and it's even better than I remembered, an action-packed adventure that features likeable characters and a welcoming sense of humor. The original Japanese series from 1972, which I've never seen before, is also available right now on Amazon Prime Video, so I watched the first episode of that, and: wow! Kablooey! It's quite fabulous, and I plan to catch up with it in its entirety at my first opportunity.

So, perhaps this rewatching of things from the past explains why I'm somewhat mystified by the new version, but I want to keep an open mind and hope that it will exceed my modest expectations. More information is available at the official GKids site for the film.

More about Lupin III: The First