Miyazaki's LUPIN THE 3RD THE CASTLE OF CAGLIOSTRO Heads to U.S. Theaters 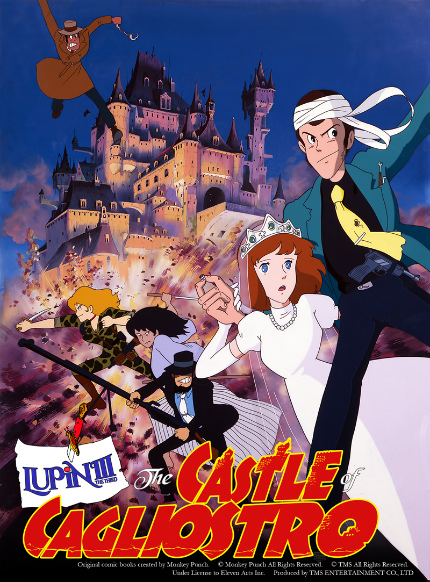 It only took 38 years, but Miyazaki Hayao's Rupan sansei: Kariosutoro no shiro, also known as Lupin the 3rd: The Castle of Cagliostro, is heading to U.S. theaters.

Miyazaki had about eight years of experience as an animator when he become involved with the television series Lupin the Third Part 1 in 1971. Working with Takahata Isao, Miyakazi contributed to the development of the series into something of a groundbreaker, following a gentleman thief and his adventures.

The Castle of Cagliostro was a followup to The Mystery of Mamo and gave Miyazaki the opportunity to make his feature debut. The film got some kind of limited U.S. theatrical release in 1991, ahead of its release on home video, which is how I first saw it.

According to an official statement, the film will make its nationwide theatrical debut "for two nights only on Thursday, September 14 (English dubbed) and Tuesday, September 19 (English subtitled) at 7:00 p.m. local time (both days), from Fathom Events, ELEVEN ARTS Anime Studio, and TMS Entertainment."

Go to Fathom Events for more information and to purchase tickets when they go on sale on August 18.