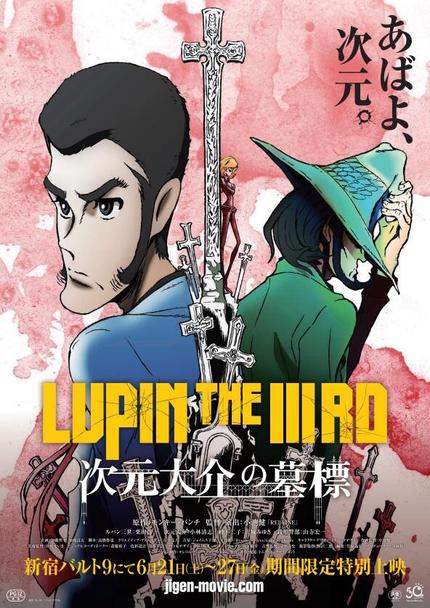 It's a busy time for fans of popular anime and manga property Lupin The Third. Kitamura Ryuhei's live action adaptation hits the big screen in Japan in August and also in the works is a new animated feature from Redline director Koike Takeshi titled Lupin The Third: Daisuke Jigen's Gravestone.

Koike is a hugely stylized director and his signature visuals are very much at play here, as was made immediately obvious by the first stills and teaser for the film and that impression is only reinforced now with the release of a second teaser. Check it out below.

Do you feel this content is inappropriate or infringes upon your rights? Click here to report it, or see our DMCA policy.
animedaisuke jigenkoike takeshilupin the thirdredlineteasertrailer