Friday One Sheet: UNDER THE OPEN SKY 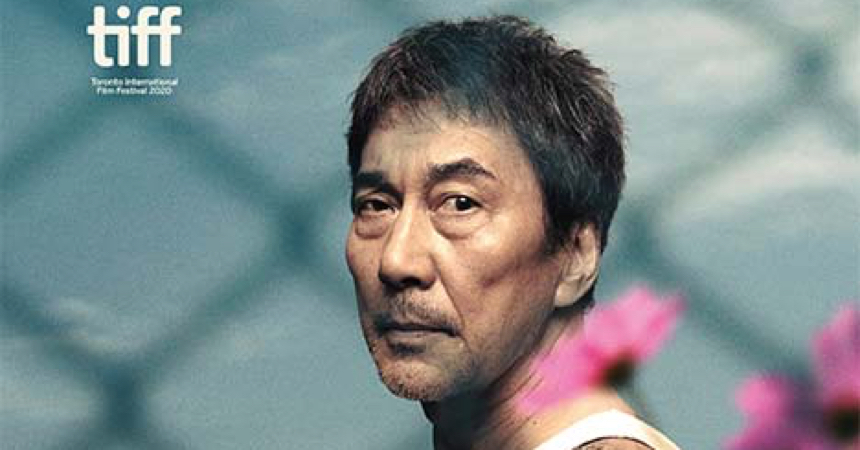 Three things stand out about this key art for Nishikawa Miwa's Post-Yakuza drama, Under The Open Sky:

One, the small hints of pink go a long way. The small "cosmos flowers" figure into the actual film, physically and metaphorically (they need sunlight, but shelter from strong winds).

Two, the emotive and hang-dog visage of Japanese superstar Yakusho Koji staring directly at the camera. This is always an excellent way to 'meet eyes' with anyone catching a glance at the physical poster hanging in a lobby or exterior setting and prompting them to look closer. There is so much going on with Yakusho in his prolific career, and with each additional film, it feels like he adds even more weight and depth to the surface of his face. Here is an actor you can watch, ostensibly, do nothing, and yet feel that everything is happening on the interior.

And three, the subtle 'fence' in the foreground. The film is about an ex-Yakuza (note the shoulder-tats) heavy trying to find pleasure and closure in polite Japanese society after a long string of prison sentences for various crimes, including murder. It's about his struggles, joys, and confusion Under The Open Sky, as it were.

While it has the appearance of a festival poster (it played the opening night at the Toronto International Film Festival), the credit block is nicely grouped with the above-the-line talent and the title of the film, and thus, if it does get an USA/Canadian release, then this poster is good to go. It is always a wise idea to feature the 'star' of your film front and centre, be it an actor, totem, or high-concept. When that actor is Yakusho Koji, then, it is a must. 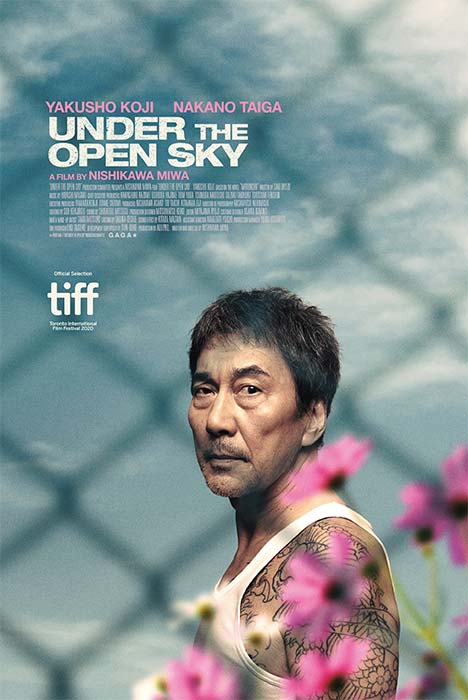 More about Under The Open Sky