THE RENTAL: 16 Seconds to Tease a Great Location 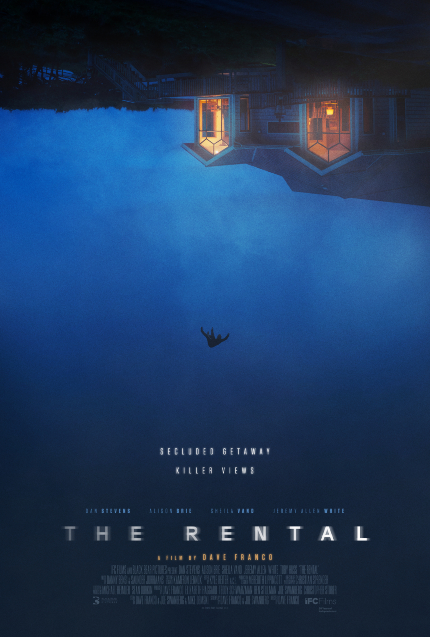 To be frank, I am not, in general, a fan of brief videos that tease longer videos, yet I must admit that, nonetheless, the brief video for The Rental intrigues me, despite myself.

The 16-second video showcases nothing, really, except a great location by the seaside. Still, Dave Franco and Joe Swanberg wrote the original screenplay, which suggests it will be idiosyncratic and follow its own independent muse, and Dave Franco is making his feature directorial debut, which suggests the actor, known for his comic roles, wants to express his own creative impulses.

Alison Brie, Dan Stevens, Jeremy Allen White, and Sheila Vand star. Described as a thriller, the film follows two couples who retreat to a beautiful seaside house and then "grow suspicious that the host of their seemingly perfect rental house may be spying on them," per the official synopsis. "Before long, what should have been a celebratory weekend trip turns into something far more sinister, as well-kept secrets are exposed and the four old friends come to see each other in a whole new light."

We'll learn more about the film's atmosphere, mood, and possible effectiveness when the trailer debuts in full on Thursday, June 18, ahead of a preview screening with ArcLight at the Vineland drive-thru in Los Angeles later that night. For the rest of us, The Rental is heading for release on July 24 from IFC Films. Until then, here are 16 seconds.

Do you feel this content is inappropriate or infringes upon your rights? Click here to report it, or see our DMCA policy.
Alison BrieDan StevensDave FrancoIFC FilmsJeremy Allen WhiteJoe SwanbergSheila Vand

More about The Rental