Pretty Packaging: Germany's COLOR OUT OF SPACE Release Is Out Of This World!

Ard Vijn
Editor, Europe; Rotterdam, The Netherlands (@ardvark23)
Tweet Post Submit
When the news hit us that Color out of Space was being made, I was very happy for two reasons. One: it saw the return to full-length feature cinema for director Richard Stanley. And two: we were about to see a Lovecraftian creature feature starring Nicolas Cage. Well, the film delivered and Peter Martin gave it a positive review.

German Distributor Koch Media also liked it a lot apparently, because it gave the film an absolutely incredible seven-disc home release. For starters you get Stanley's film on Blu-ray and 4K-UHD (and its soundtrack as a CD), but three earlier film adaptations of Lovecraft's story have been included as well, one of which is 1965's Die, Monster, Die, starring Boris Karloff.

Also, there is a wealth of physical extras, including a reprint of the entire September 1927 issue of "Amazing Stories", which contained Lovecraft's short thriller "The Colour out of Space". And this is one pretty release, so here is a gallery of shots. Click on the edge of the pictures to scroll through them, or at the center of each to see a bigger version. 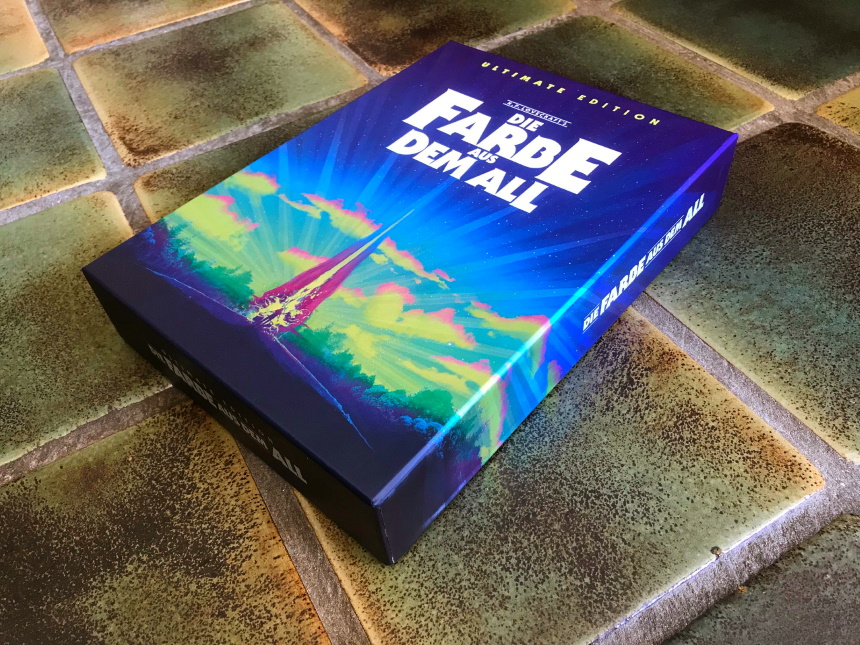 And here it is, a huge and heavy cardboard box. It's already suitably colorful, but shine a light on it and the visuals get wilder. 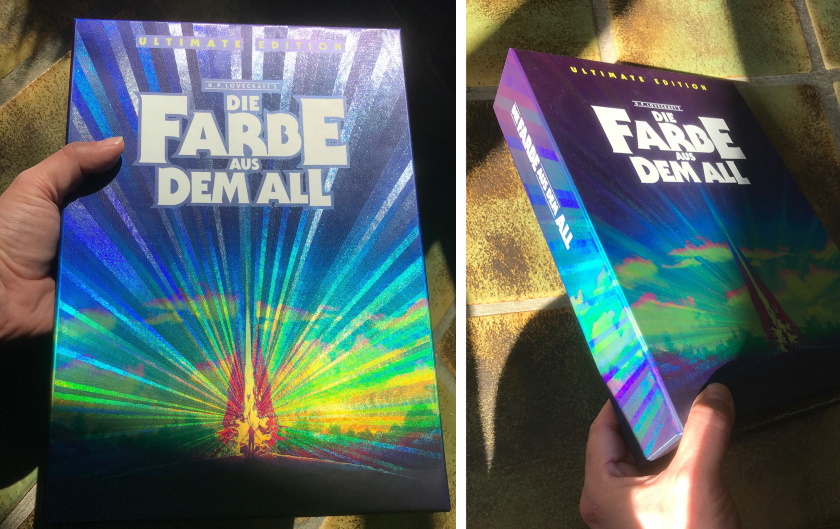 The front and the side of the box have an iridescent metallic covering, like they glued butterfly wings on them. It's striking and the box art comes alive whenever you move the box.

If you want to see the effect in full glory, check out the clip of it I put on my Instagram account. 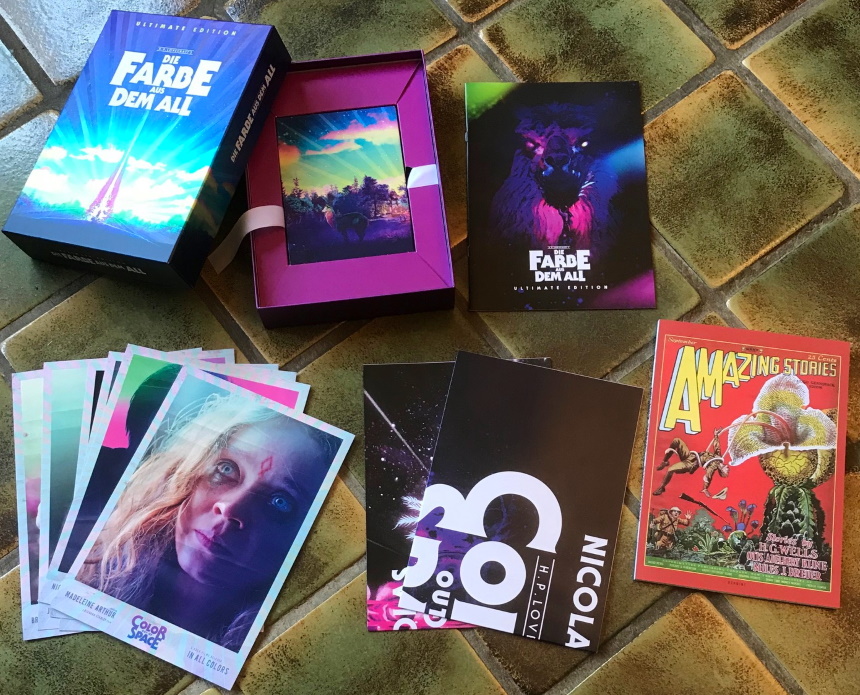 Opening the box reveals there is surprisingly little air in there. You get two big posters, a booklet, the Amazing Stories issue (which is a hefty volume), a set of character cards, and the disc-holder with seven discs. 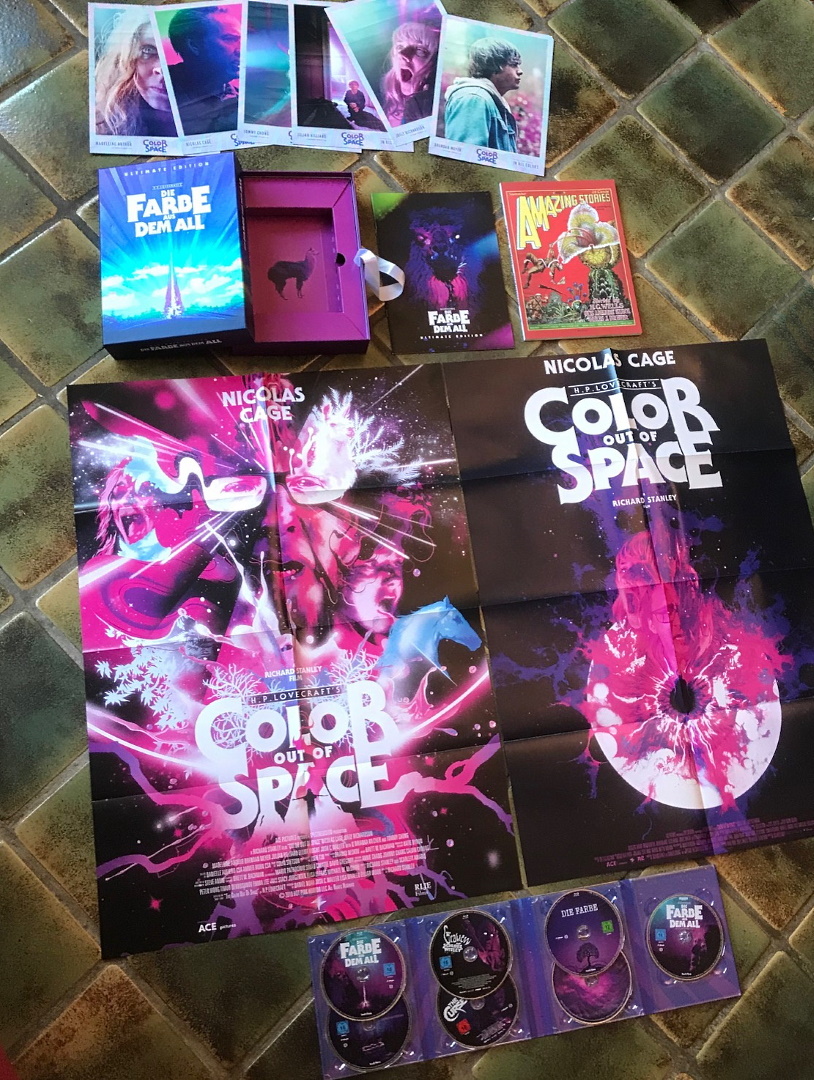 Here in the Netherlands we often joke about "German thoroughness", but holy cow... 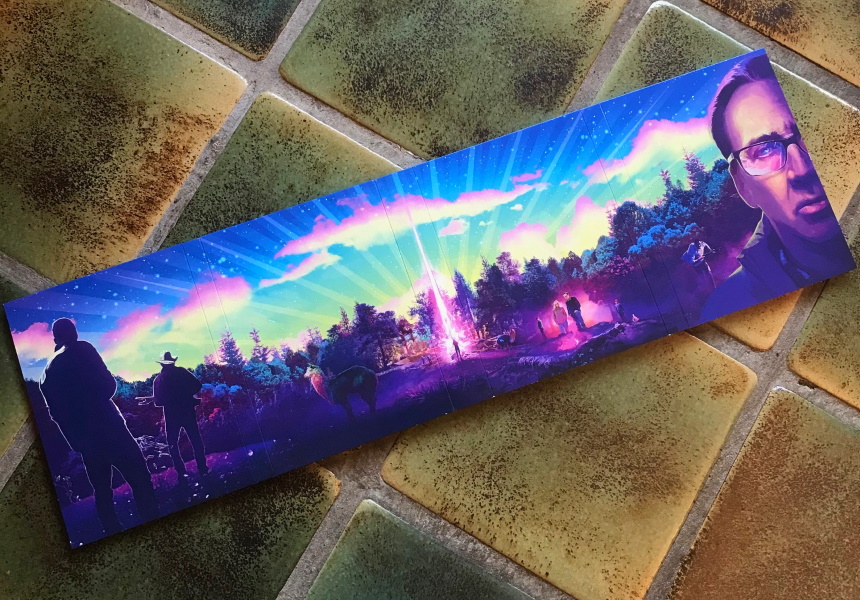 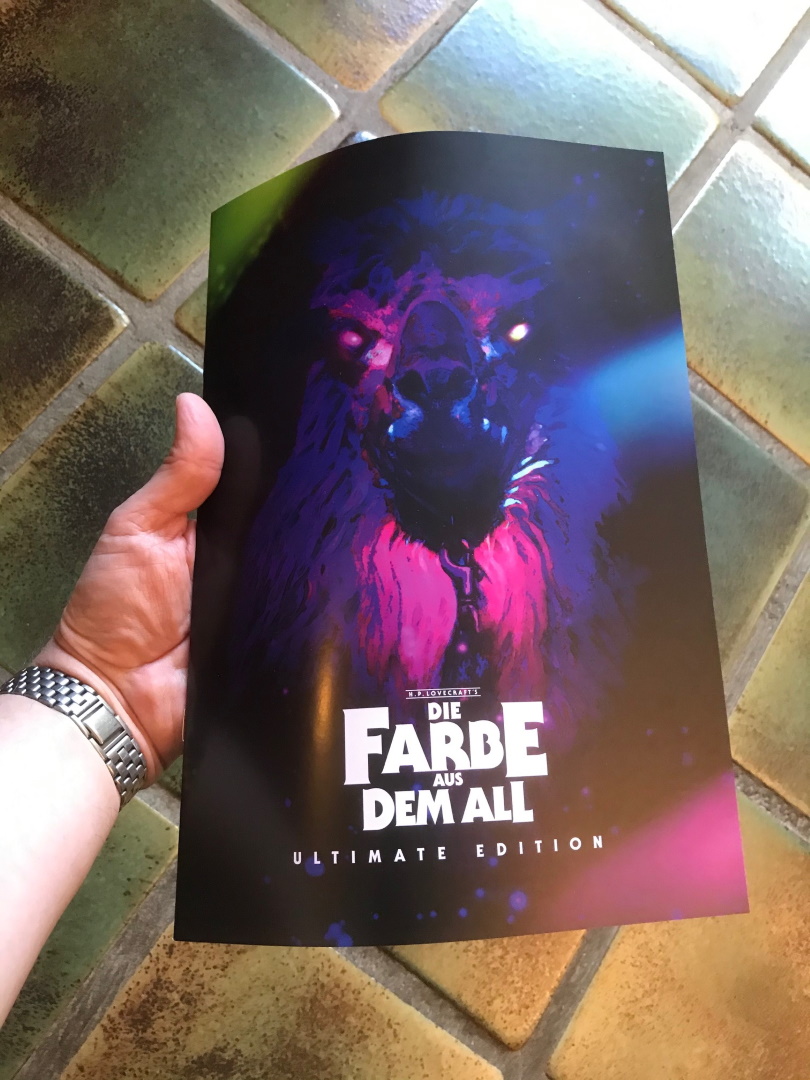 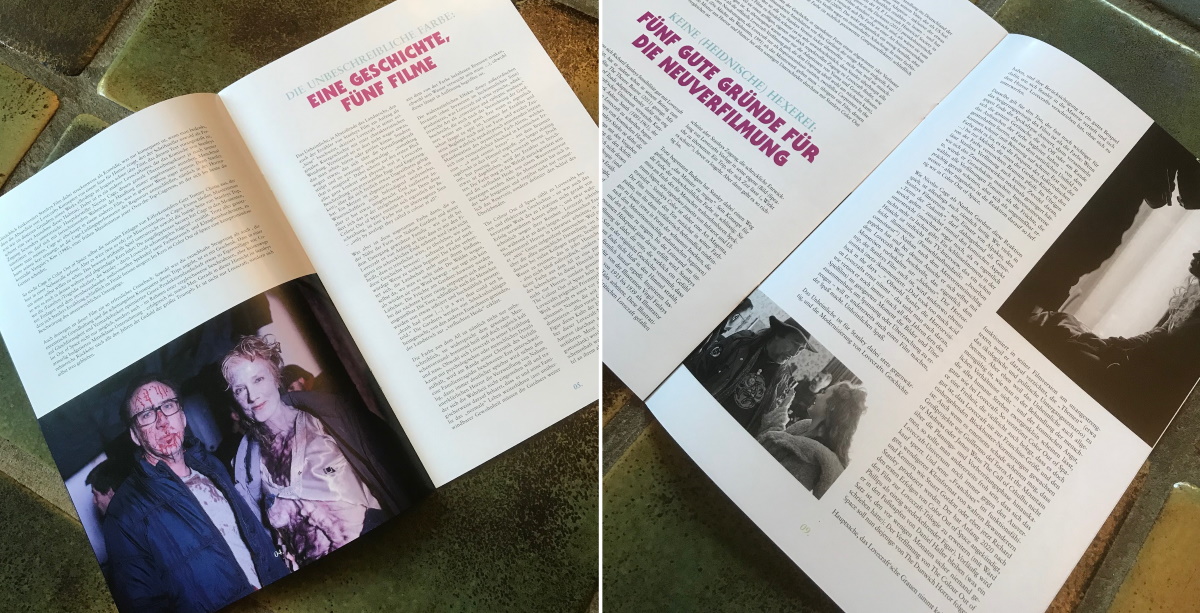 It's in German, and contains a few interesting articles about the story and its many adaptations. 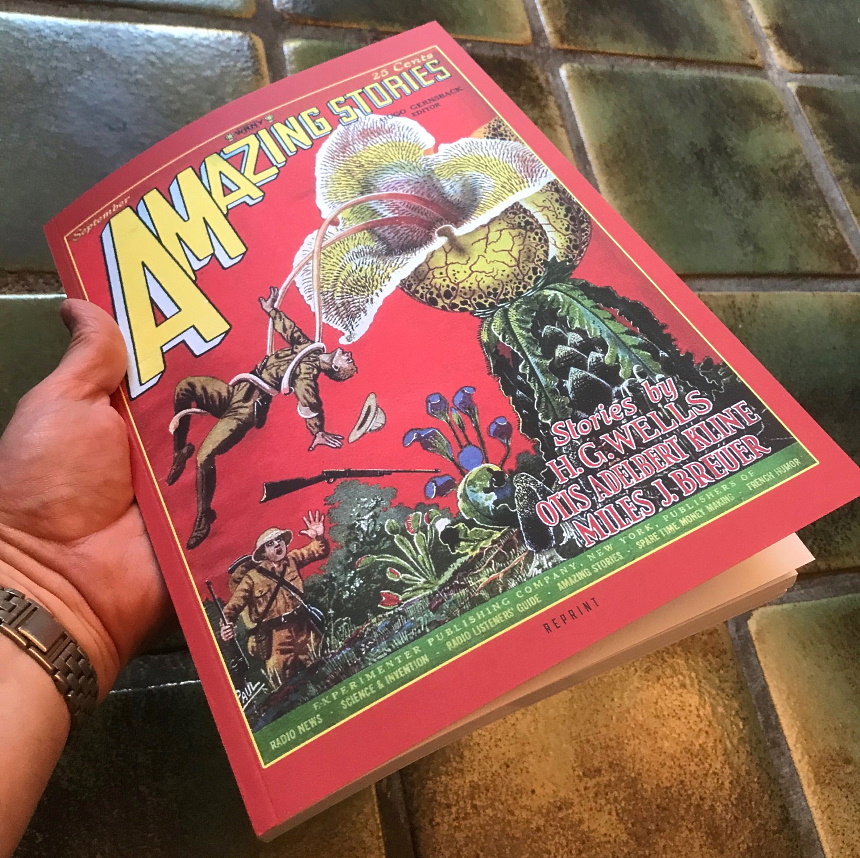 And this is one of the best physical extras I have ever seen included in such a set. It's a reprint (in English) of the full issue of Amazing Stories which originally contained the story "The Colour out of Space". 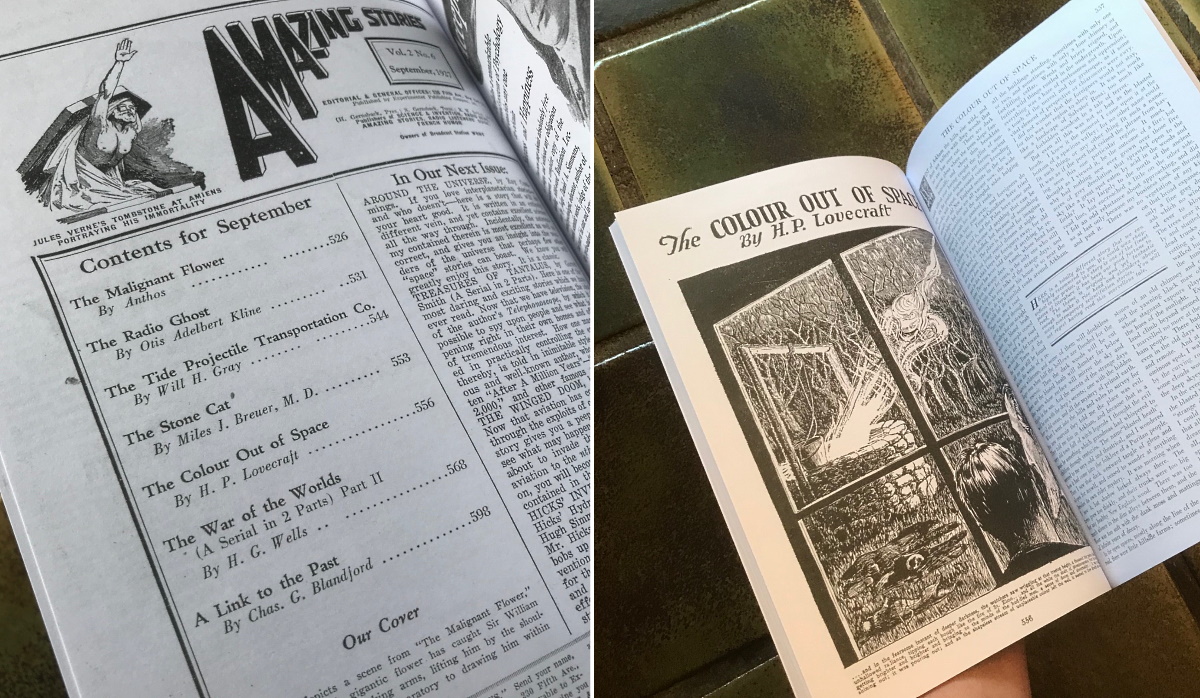 It's truly amazing, and apart from Lovecraft's piece you get several other stories too. Not to mention a wealth of adverts from 1927 which are highly entertaining nowadays.

I absolutely love this and have been reading every inch of its 104 pages. 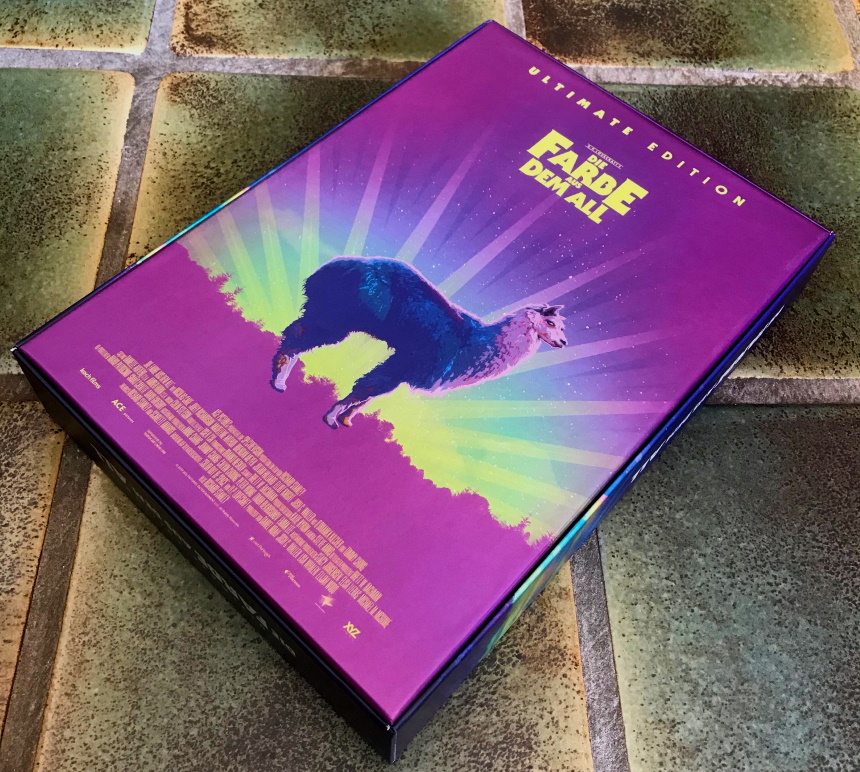 The (back)end of what is truly a phenomenal set. It may actually be my favorite so far this year... 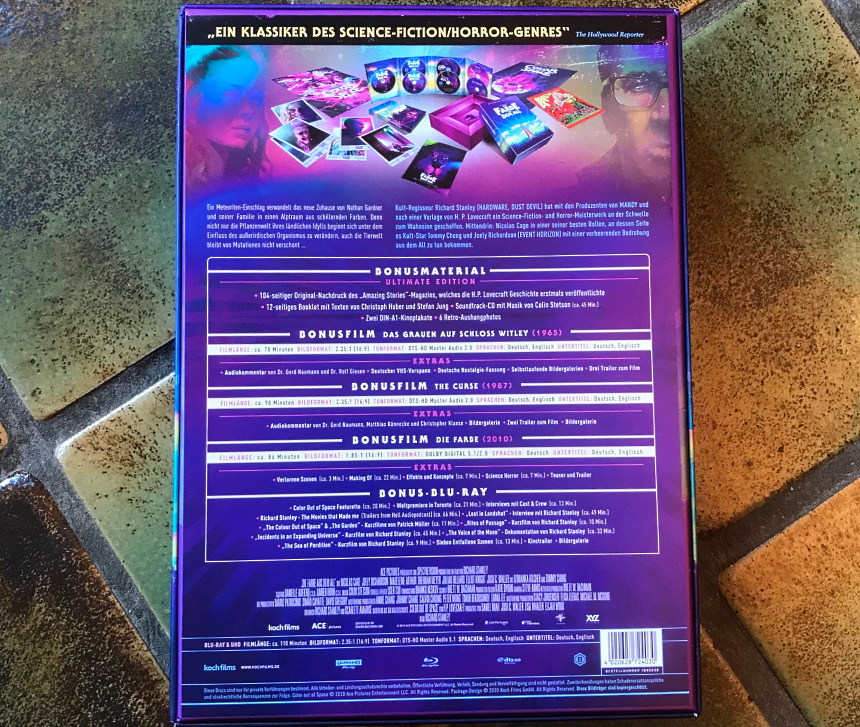 The flyer which lists the contents. If they could have fit in a living alpaca they would have, you'd think...