Gorgeous, Psychedelic COLOR OUT OF SPACE Trailer: Everything Is Not Going To Be OK 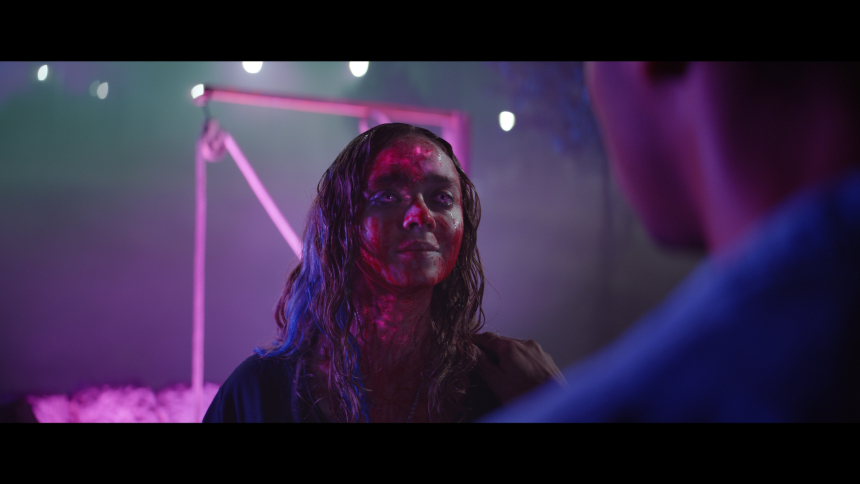 I hate to disagree with Nicolas Cage, but everything is not going to be OK in Color Out of Space.

Billed as the return of visionary director Richard Stanley -- though he never left filmmaking, he has been absent from the Hollywood scene as of late -- the new adaptation of H.P. Lovecraft's haunting story fills the screen with visual glory, as well as dramatic character turns by Cage, Joely Richardson, and young Madeleine Arthur, among others. (Such as Tommy Chong.)

The quick synopsis: "After a meteorite lands in the front yard of their farm, Nathan Gardner (Nicolas Cage) and his family find themselves battling a mutant extraterrestrial organism as it infects their minds and bodies, transforming their quiet rural life into a technicolor nightmare."

The film is a trip to see on the big screen, which is how I saw it at Fantastic Fest in Austin in recent months. It's now set to open in U.S. theaters on January 24, 2020, via RLJE Films. Mark your calendars accordingly. First, though, enjoy watching the trailer below.

Do you feel this content is inappropriate or infringes upon your rights? Click here to report it, or see our DMCA policy.
Joely RichardsonMadeleine ArthurNicolas CageRichard StanleyUS