Now Streaming: TIGERS ARE NOT AFRAID Returns to Haunt on Shudder 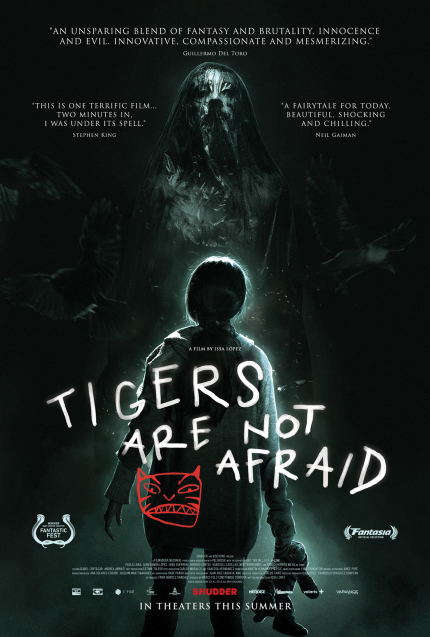 Ah, that's why people have spoken so highly about this film.

Tigers Are Not Afraid (Vuelven)
Now streaming on Shudder.

Quiet this film may be: quietly powerful.

The original Spanish title (Vuelven) is prosaic and to the point, while the English version quotes a line of dialogue that is repeated several times in the film, written and directed by Issa López. The former puts the emphasis on the mournful ghosts who haunt Estrella (Paola Lara), whose mother has become yet another victim of the numbing cartel violence that continues to run rampant in Mexico.

The latter title points toward the young children who are resilient and strong survivors because they have no other choice. Led by El Shine (Juan Ramón López), a band of four boys are strengthened by the idea that ferocious tigers in the wild face down any challenges that arise, specifically those that are endemic in their neighborhood.

The neighborhood is all that the orphaned children know. The boys resist the initially pitiful Estrella, who has no idea what to do or where to go, since the local school has been shut down due to the violence. Here is more about the film from our own Shelagh Rowan-Legg, who saw it at Fantastic Fest in 2017:

"Magical, terrifying, violent, filled with both cruelty and love, Tigers Are Not Afraid takes a child's-eye view of the daily struggle to survive. ... A cautionary fable, an unflinching look at the damages of drug culture, and a ray of hope to the end of that culture, Tigers Are Not Afraid is a work of immense beauty, pain, fear and joy. Encompassing a vast thematic structure in an incredible effective and affective story, López puts herself firmly on the map of the current new wave of Mexican cinema."

The film debuted today on the Shudder streaming service and is available in the U.S., Canada, UK and Ireland.

Summing up: Highly recommended; one of the best films of the year. 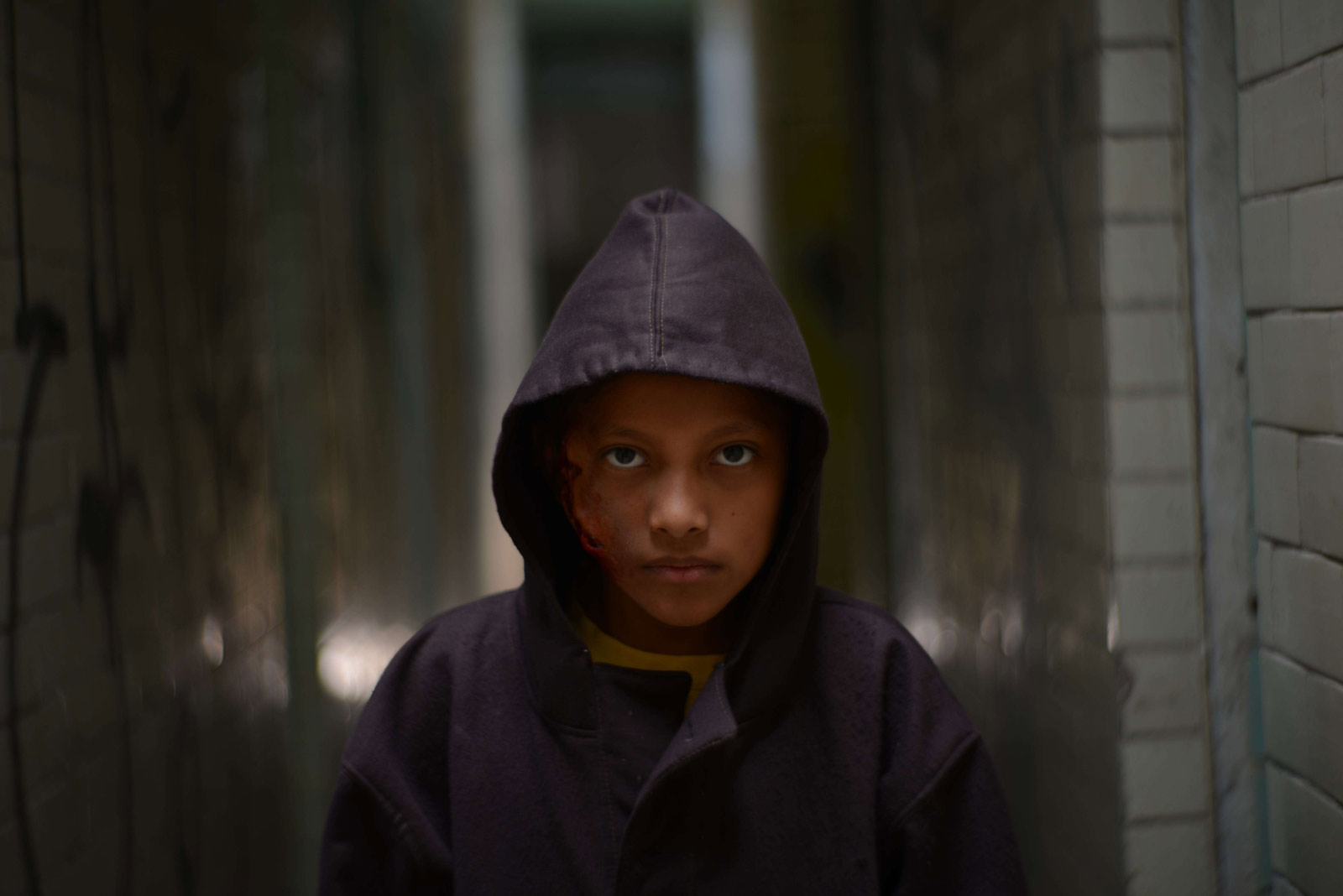