Now Streaming: PURE, Treat Your Daughters Right, Or Else 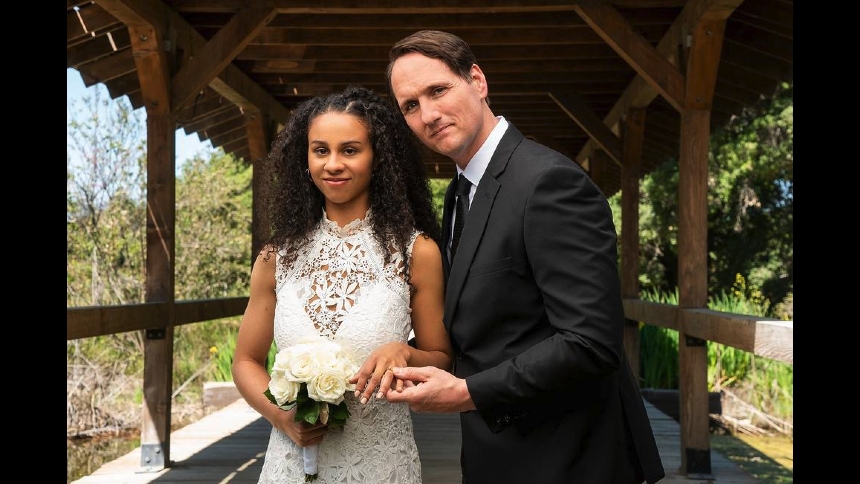 How do you define purity nowadays?

The latest entry in Blumhouse Television's Into the Dark film series on Hulu starts on an unsettling note and then slowly creeps further and further into prickly territory.

Merriam-Webster's dictionary defines "chastity" as "purity in conduct and intention." The smiling, stern, stiff fathers in Hannah Macpherson's Pure have brought their daughters to a Purity Retreat with the intention of dedicating the young women to a chaste course of life until they are married, when they can give 'their most precious gift' (i.e. virginity) to their husbands.

The men believe that women are incapable of making decisions for themselves, and that they will be deceived by other men into having sex. They are, of course, assuming that men are sexually-driven creatures who are capable of doing anything in order to satisfy their own desires, and that they are entitled to do so. (Oh, really?) So they must force women to stop them.

The idea expresses simultaneous self-loathing and self-entitlement at epic levels of offensive behavior and I find it utterly repulsive in real life. Naturally, that makes it fertile soil for a horror thriller that revolves around young women who are not yet legal adults and want to please their parental authorities.

Directed by Hannah Macpherson, based on her screenplay and a story by herself, Paul Fischer and Paul Davis, Pure follows Shay (Jahkara J. Smith) as she accompanies her newly-minted father and half-sister to a 'purity camp' led by Pastor Seth (Scott Porter). Raised by her mother, Shay has only recently learned the identity of her father, who has accepted responsibility for her after the death of her mother.

The camp seems very strange to Shay, but she wants to please her new father, and she easily befriends the girls she meets at the camp, while negotiating a relationship with her new half-sister. The young women are not necessarily opposed to the idea of remaining chaste, as long as they can make their own decision about it. Rather, it's that their fathers are forcing it upon them that is truly troublesome.

Filmmaker Hannah Macpherson develops a markedly distinctive vision that grows progressively darker. In sunshine, it feels as though darkness will burst out at unexpected moments; in the darkness, we can only hope that a little light will prevail.

There's not much time for characterization, yet a sense of differing, strong personalities among the women emerges. When they find common ground and unite, all men should be terrified.

Summing up: Caught me off-guard with its sneaky thrills.

Do you feel this content is inappropriate or infringes upon your rights? Click here to report it, or see our DMCA policy.
Annalisa CochraneClara BravoHannah MacphersonHuluInto the DarkJahkara J. SmithMcKaley MillerScott Porter