Riley Keough stars in a new film from the directors of 'Goodnight Mommy.' 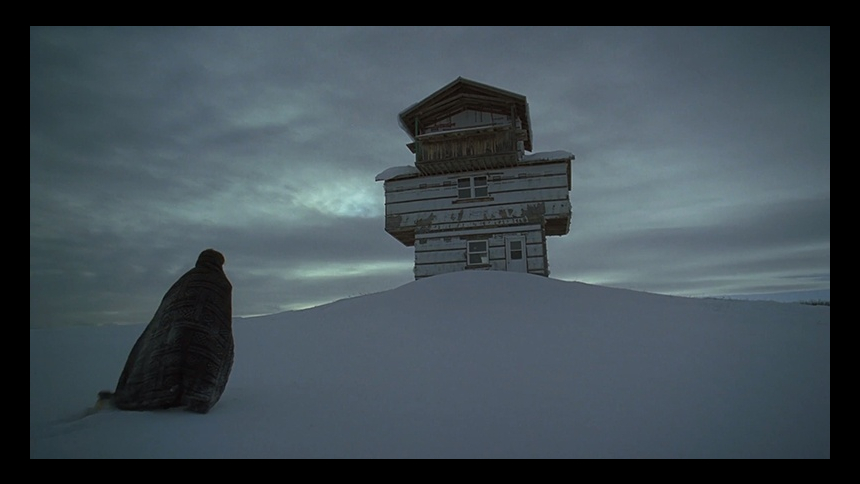 Christmas will never be the same.

The Lodge
The film enjoyed its Texas premiere at Fantastic Fest in Austin, Texas. It will open in U.S. theaters on February 7, 2020, via Neon.

Like a slow-motion automobile accident, the new film from the directors of Goodnight Mommy (2014) is inevitable, punishing, and impossible to avoid.

As in their first feature, Veronika Franz and Severin Fiala demonstrate a mastery of intent. The opening scenes bring Goodnight Mommy instantly to mind; the shots are precisely framed and staged, presented in a rhythm and accompanied by a musical score that cannot help but be foreboding and disquieting.

Teenager Aidan (Jaeden Lieberher) and his younger sister Mia (Lia McHugh) have already watched helplessly as their father Richard (Richard Armitage) left them and their mother Laura (Alicia Silverstone), only to be completely devastated when they lose their mother too. Months later, they are still filled with grief and resentment when their 'let's move on' father announces they will spend a few days at Christmas with his young girlfriend Grace (Riley Keough), whom he intends to marry.

An entire film could be devoted to Richard's insensitivity to his own children, but the film is titled The Lodge for a reason. Only a day or so passes before Richard leaves Grace and the children alone during the dead of winter in an isolated house. Bear in mind that the children have not even met Grace before the trip.

Oh, two other things: (1) the children research Grace on the internet before they go, and learn things about her that would surely raise the eyebrows of any intelligent person; (2) Richard thoughtfully shows Grace how to fire the gun that he keeps in the lodge, whereupon Grace demonstrates the ease and accuracy of an old West bounty hunter in hitting a target.

If you, like me, have ever seen a movie before, you will quickly suspect that this will not end well for anybody. Indeed, the film itself presages this development with an early scene of self-harm that is incredibly disturbing. So, the filmmakers are offering an exercise in compulsory patience. Their intentions are plain: 'This is going to hurt. Very badly. Strap in.'

Riley Keough gives an emotionally open and ultimately devastating performance as a woman who suffered mightily in the past. Jaeden Lieberher (It) brings wisdom well beyond his years to temper and shade his character emotionally.

Summing up: Veronika Franz and Severin Fiala have made a precisely-crafted film that I can admire for its artistic intentions, while simultaneously feeling emotionally pummeled by its content, themes, and execution.

Do you feel this content is inappropriate or infringes upon your rights? Click here to report it, or see our DMCA policy.
Fantastic Fest 2019Jaeden LieberherRichard ArmitageRiley KeoughSeverin FialaUKVeronika Franz

More about The Lodge