The limited Spanish series teases terrorism at every turn. 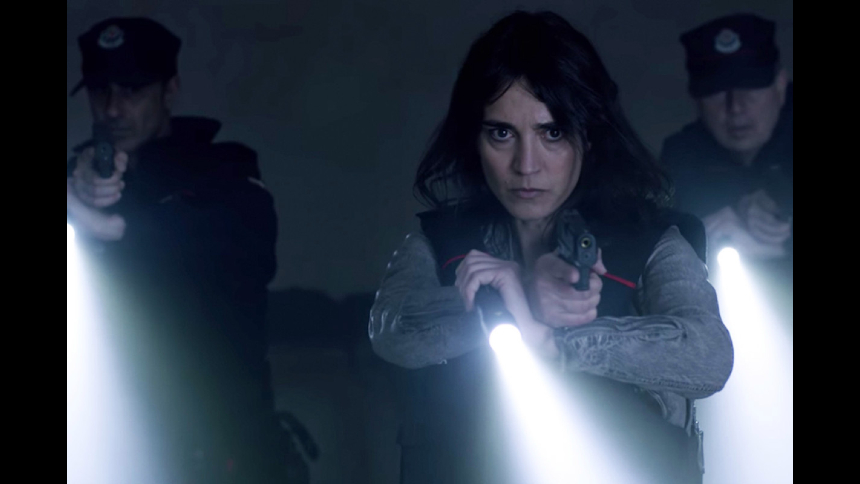 Profound cynicism courses through the veins of a newly-available series from Spain.

A terrorist attack in Bilbao claims the lives of multiple victims. Almost immediately, young Muslim Omar (César Mateo) is identified as the culprit and authorities launch a full-scale search for this murderous monster. The operation takes on added intensity when the eighth victim dies, the scion of a wealthy and well-connected family.

As exciting as the first episode plays, the series as a whole soon reveals its melodramatic heart. Created by Sara Antuña and Marc Cistaré -- they both worked on Los Hombres de Paco, and Cistaré wrote for El Barco, among others -- the series pushes many dramatic buttons simultaneously as it exposes corruption run rampant, especially among wealthy people and law enforcement officers. Nearly every character is compromised by their own interests. Nearly everyone is quick to judge others with extreme prejudice.

The series barrels along as a muckraking, discredited journalist desperately shoves his way into the story through his dialysis nurse, Edurne (María de Nati), who just happens to be Omar's devoted girlfriend. Edurne, probably the only truly heroic character, is convinced that Omar is innocent, as is Omar's devoted mother, Adila (Farah Hamed). Also added to the mix: a sinister intelligence agent, Gorostiza (Óscar Zafra), who follows his own evil agenda. Oh yes, plus sex scenes and brief glimpses of full-frontal nudity that seem especially jarring to my tired old Western eyes.

Even as the series becomes more contrived, phony and wearisome in its multiple twists, the most troublesome aspect for me remained its apparently glib use of terrorism. Granted, I do not live in Spain and have not endured the many years of terrorism that have swamped the country; perhaps this is a response to those horrors. Yet the series plays it all very straight, in pursuit of its fated conclusion.

I must admit, however, that I could not turn the series off, even if it did take multiple viewing sessions to watch all eight episodes. It's highly-polished, paced like a dolphin, and well-acted by seasoned actors.

Summing up: Like eating an excess of candy, knowing that I would wake up in the morning, filled with regrets and a sore belly.

Do you feel this content is inappropriate or infringes upon your rights? Click here to report it, or see our DMCA policy.
César MateoIñaki ArdanazLisi LinderMaría de NatiNetflixSpainVerónika Moral