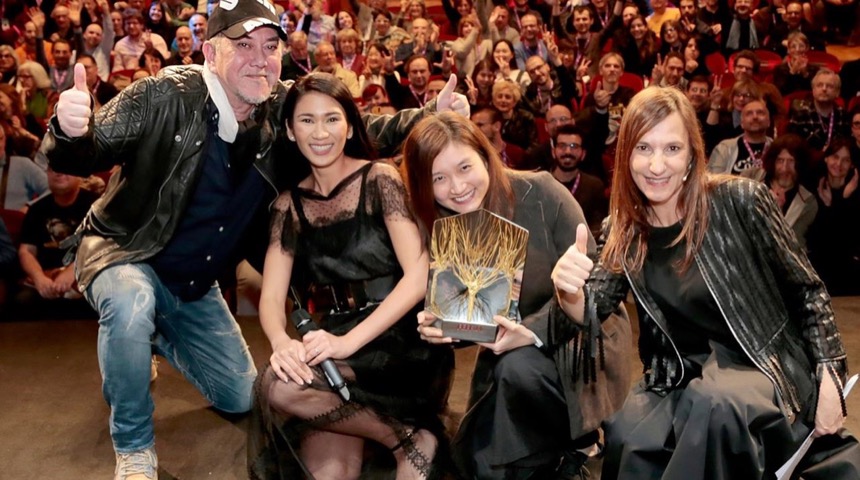 Still Human, written and directed by first-timer Oliver Chen Siu Kuen, is the story of a curmudgeonly wheelchair-bound divorcee (Wong), who forms a reluctant, yet ultimately touching relationship with his new Filipino helper, played by the wonderful Crisel Consunji. The film also won the Black Dragon Critics Award (aka Black Mulberry), voted for exclusively by the festival's top tier pass holders.

The Mymovies.it Award (Purple Mulberry) went to Hideki Takeuchi's Fly Me to the Saitama, while the jury-selected White Mulberry for Best first film, was given to Melancholic by Seiji Tanaka.

77 films screened over the past 9 days, including three world premieres and 14 first features. The festival hosted 60,000 attendees, including 200 guest stars from across Asia, and 200 international industry professionals for the Ties That Bind workshop and Focus Asia project market. The festival also hosted more than 100 different events around the city of Udine, attended by over 20,000 visitors.

Despite all its success, FEFF continued to face financial cuts, losing EUR150,000 in funding this year alone. But the resilience of the organisers shines through, and the 22nd edition is already in the calendar for 24 April to 2 May 2020. Put it in your diaries!