Lee Byeong-hun's police action comedy is an entertaining farce that will leave viewers hankering for fried chicken and beer in between laughs. 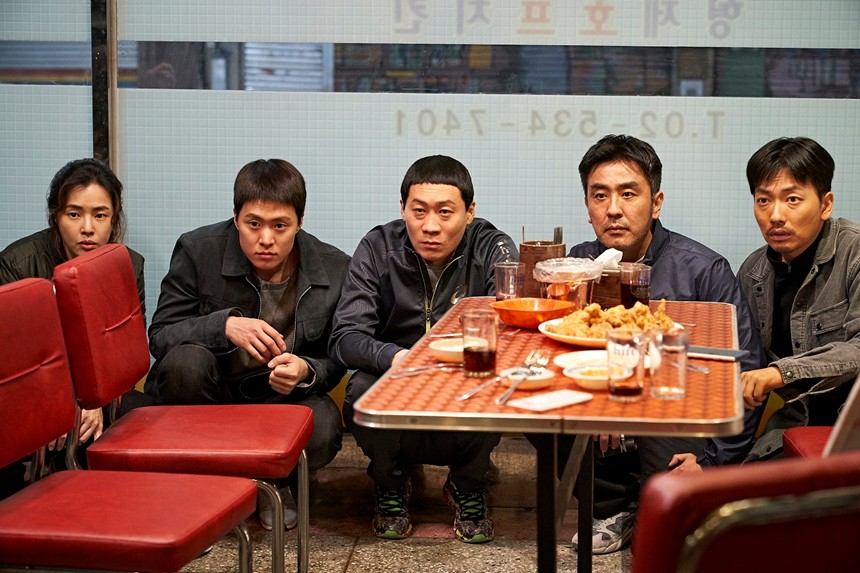 In the wake of the historic Oscar wins enjoyed by Bong Joon-ho’s Parasite this past Sunday, one would hope that one of the major aftereffects would be that a greater portion of the vast moviegoing audience are able to discover this and other films coming out of South Korea, which for quite a long time now has had one of the most dynamic and distinctive film industries in the world. (American audiences en masse will soon get a chance, beginning this weekend with Parasite's expansion to about 2,000 theaters, and with the film's distributor Neon's re-release later this year of Bong's 2003 masterwork Memories of Murder.)

To be sure, not every South Korean film is as accomplished as Parasite; the industry puts out its share of duds and mediocre product, just like everywhere else in the world. However, at least in the films that manage to reach U.S. shores, Korean films are often marked by a high level of technical accomplishment, and a bracing, freewheeling ability to mix disparate tones and genres, making their more commercially oriented films just as interesting and innovative as their more artistically minded independent films.

One case in point is Lee Byeong-hun’s Extreme Job, a huge hit in South Korea last year. How huge? It’s currently the second highest grossing film of all time in that country. It’s also opening this year’s New York Asian Film Festival Winter Showcase on February 14, offering audiences another example of current Korean popular cinema, one perhaps more representative of such than Parasite.

Extreme Job partakes in a very familiar genre, a cops-and-criminals farce in the vein of 48 Hrs., Lethal Weapon, or, as a more pertinent and lowbrow example, the Police Academy franchise. This film follows the travails of a hapless, bumbling squad of narcotics cops, led by Captain Ko (Ryu Seung-ryong). It opens with one of the group’s typically botched operations, a drug bust that has the group ineptly working with window washer ropes outside a building to catch their target, repeatedly failing to jump through the windows. (The suspect they’re trying to catch actually gives the police pointers on the proper way to do their jobs.) Their attempted drug bust, through an elaborate series of complications and fuck-ups, culminates in a multi-car pileup on the street.

This hilarious lack of abilities on the part of the squad Ko oversees is largely what sees him being passed over for promotions, as he watches his fellow police brass get ahead, suffering a growing sense of humiliation and despair.

Ko gets a tip from a sympathetic colleague as to the whereabouts of drug lord Mubae (Shin Ha-kyun), whom the police have been surveilling for quite a while. Ko seizes on this as his last chance to redeem himself and his crew, and to avoid the disbanding of his unit being threatened by his superiors.

Mubae and his gang are in a building across from a fried chicken restaurant that’s about to go under, since Mubae and his crew are virtually the place’s only customers. Ko buys the restaurant from the owner to preserve it as his stakeout location. Ko and his squad decide to actually become a working restaurant staff in order to keep their cover, as they wait from Mubae to order fried chicken delivery so they can enter Mubae's hideout.

When one of the cops concocts a rib marinade to cook the chicken with, it becomes a viral hit with customers, who flock from all around to try the restaurant’s “Suwon Rib Marinade Chicken.” The chicken proves so popular that Ko and his squad soon have their hands full serving customers, who fail to be dissuaded by the price being outrageously jacked up or the chicken supply being strictly limited. All this threatens to distract the cops from their goal of taking down Mubae and his gang.

Extreme Job screens on February 14, 7pm at SVA Theatre as the opening night film of the New York Asian Film Festival Winter Showcase, featuring post-screening tastings of chimaek (Korean chicken and beer combo) along with other food and beverages from local vendors. Click here for more info and tickets.