Check Out The Shivers Special, Playing In Konstanz, With TRIPLE THREAT Included! 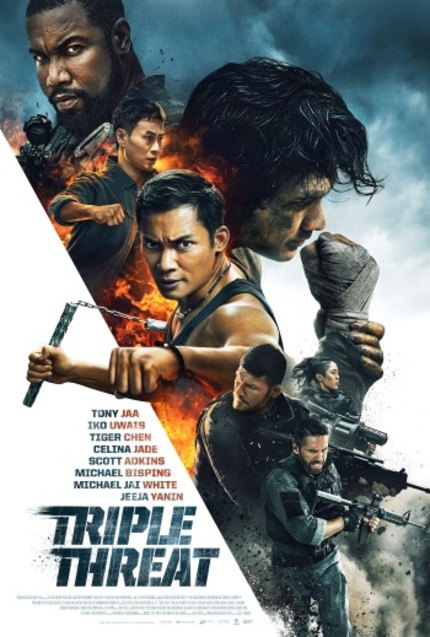 Film festivals can be grand, a place to discover new films, see the ones you've heard about, and chat about your favorites with complete strangers. The Shivers festival in Konstanz is such an event. I visited it last November, and its line-up was so good that I ended up watching more films than at the International Film Festival Rotterdam last month. To put that statement in context: Shivers showed just 15 films, while Rotterdam had over 250...

Annual festivals like these two do have one major drawback though: by definition, they're only held once a year. And that means that when they can't get a certain title, they either need to wait another year or just give up on it.
Shivers is solving this with a special event, starting tomorrow, where it shows four films it couldn't get yet last November. Again they've scored a pretty brilliant line-up. Check this out:

One Cut of the Dead: The little zombie pic that could and became the ultimate crowd pleaser. Meta and incredibly funny, this shows how hard it is to make even a BAD zombie flick.

Bomb City: Jameson Brooks's true crime drama about a tragical clash between punk music fans and football jocks which happened in Texas in 1997.

The Hole in the Ground: Lee Cronin's Irish horror film about a boy who stumbles into a hole in the ground. The boy gets rescued but... has he been altered by something while he was below ground?

Also, Shivers may have even netted themselves a spectacular world premiere: I don't know of any earlier screenings of Triple Threat anywhere. Do correct me in the comments if I'm wrong...
World's first or not, this is an event very much worth visiting if you're in the neighborhood of Konstanz, on the border of South Germany and Switzerland.
Check out the fest's website for more information.

More about The Hole in the Ground