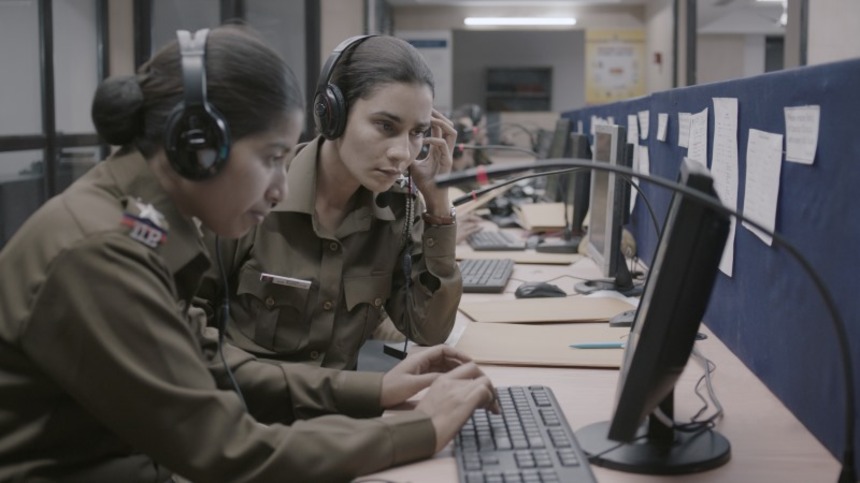 We are now reaching the home stretch of the Jio MAMI Mumbai Film Festival, and the strong selections presented by the curators have led to demand beyond what the team was expecting, which has presented new challenges for everyone. In the first few days I was witness to numerous shouting matches initiated by patrons who felt as though the festival was keeping too many seats held back for cast and crew, leaving many in standby lines - often begun three to five hours before the scheduled screenings - unable to find seats. If we're being frank here, this isn't a bad thing for the festival, it just means a bit of growing pains as they try to find their own sweet spot that matches supply and demand. A little bit of exclusivity to the events is good for hype, but how much collateral disappointment is too much? This is an issue that the festival will need to address in future installments.

That being said, the festival team handled every single upset patron with grace, even when they were rewarded for their patience with abuse. The system as it is set up is designed to allow as many patrons as possible, including several standbys each round, into each screening. I've personally witnessed several theater and event staff being shouted at as attendees attempt to rile up their fellow filmgoers into a frenzy to some unknown end. It's well worth noting that the staff have never lost their cool, and have always sought the most satisfactory outcome, even if it doesn't satisfy everyone.

My last three days of film going have been kind of all over the place. Meetings and extended travel time between venues due to traffic have put a damper on the number of films I've been able to take in, however, the general quality level has been very good.

On Sunday, the 28th, I was able to take in only two films when a friendly lunch ran a bit long. First up was director Ivan Ayr's Soni, a film that I caught in a work-in-progress version at last year's Film Bazaar and that recently celebrated its world premiere at the Venice Film Festival in August. I was very eager to catch up with this film that I felt had a great amount of potential even back then.

Soni is the story of two police women of very different demeanors and the way in which they meet each other in the middle when the hot-head gets in trouble for brutalizing a suspect after being manhandled on the street. Women on the police force are not new in Indian cinema, but the vast majority of the time they are put forward as super cops in action films, the feminine equivalent of something like Salman Khan's Dabangg. In Soni, however, the officers are depicted as real women trying to balance their very demanding work lives with the duties and demands they face at home.

Ayr's delicate treatment of the complex issues faced specifically by these women is admirable and keenly observed. Geetika Vidya Ohlyan and Saloni Batra do justice to these layered leading roles, giving the film a strong emotional core. Ohlyan's Soni, the hot-headed street cop used as bait in "eve teasing" sting operations, is a fractured woman whose home life is torn apart after a relationship ends tragically. Timid in most aspects of her time out of the uniform, an explosive temper simmers just below the surface. Batra's Kalpana, Soni's boss, tries desperately to maintain a sense of balance between justice and the inherent corruption of an Indian police force crippled by political interference, always struggling to make the right choice, and often failing. The film is definitely worth a look and I hear it should be released on Netflix by the end of the year.

I followed that film up with a quick trip from the PVR ECX cinema in Andheri to the PVR Juhu a bit further south to see Peter Strickland's In Fabric. Strickland's work is always a bit hit and miss for me, but I was definitely excited to see where this film lands. I'm happy to say that this is one of his winners in my book. An extended absurdist horror film about a coven of witches running a '70s style department store and the life of a haunted dress and those it destroys, In Fabric ticks all by boxes.

Kurt Halfyard was less keen on the film in his review from Toronto last month, but I think the things that bothered him, the broadness of the humor and "more stained than strained" nature of the jokes being employed, are exactly why it works for me. It is the kind of humor of discomfort unabashedly smashed up against the comic caricatures that populate the world of In Fabric that work so well for me. Possibly my favorite of Strickland's films thus far.

Monday was a bit of a wash in terms of film watching, but I did get one spectacular screening in. MAMI is spread out over eight main venues in different parts of Mumbai. The main hub is in Andheri, a neighborhood to the north that is the home of much of the film industry in town. However, down at the southern end of the city, there are two venues, and with a nearly two hour commute from my hotel to the southern venues, I knew I had to choose my screenings wisely.

So I trekked down to the historic Regal Cinema in Colaba to see LEE Chang-dong's Burning. The cinema itself is a '30s built art deco gem, nearly 1,200 seats and a giant screen, often referred to with pride as the first air conditioned cinema in the country. The projection isn't great, but the cinema is a wonderful venue and it retains much of that old-world charm. having seen many similar single screen venues in the US get the a or be mercilessly chopped into multiplexes in the name of the almighty dollar, it was a great experience to sit with a thousand other film fans to experience the communal joy of cinema.

As for Burning, what can I say that hasn't already been said? I haven't seen all of Lee's films, but this is certainly among my favorites of the ones I have seen. Academy Award buzz is strong with the film, and having now seen it with this audience, I can see why. I've now seen two of the year's foreign language contenders here at MAMI, and it's going to be a tough choice for the Academy this year. Mysterious and humane, Burning is a complex work by a complex filmmaker. Our Pierce Conran was on the money when he said in his review that "Burning is a thriller like no other you'll see this year."

Tuesday was another day that was half full with films as I struggled to shake off some questionable decisions from the night before. Thankfully, the choices I did make were quality ones. The day began with another Indian film I'd sampled at Film Bazaar, Rahul Riji Nair's Malayalam language drama, Light in the Room. The film is the story of a newly married couple with a complicated and destructive relationship. The husband, Chandran (Deepak Parambol) is a sort of Neanderthal oaf, is incredibly possessive of his blushing bride Sudha (Vinitha Koshy). While he goes off to work, he insists that she stay home and take care of the family home that the couple has just moved into in the country. When she attempts to spread her wings a little, even just by exploring on her own, Deepak comes down on her like a ton of bricks.

Nair paints a picture of a regressive corner of the world in which Chandran's behavior isn't exactly condoned - he's regularly chastised by everyone around him for his boorishness with his wife - but no one is willing to physically intervene. Sudha's oppression by Deepak is crystalized by the omnipresence of the titular light which changes colors in their one room home, never allowing her to sleep properly and taunting her. The light is Deepak's greatest obsession, and her attempts to get him to install a switch so she can sleep, or even to install a door or a window covering so she can get a bit of privacy, are met with violent opposition. It's a rough watch, for sure, but one that does effectively put the audience into a state of unease, which I think is the intent.

Later that evening I got the chance to introduce and watch Demian Rugna's Terrified (Aterrados), winner of the Horror prize at this year's Fantastic Fest. It's a great film filled with plenty of gut-wrenching terror and dread. I feel like Mack said all that needed to be said in his review when he wrote, "[b]etween the surprises are subtle doses of humor that give you breathing room, that let relax and bring your guard down as he prepares to scare again." It really does lull its audience into a false sense of security very effectively, pushing each scare just a few seconds beyond where you expect the payoff to be, giving the gags an added punch. Quality stuff.

Following Terrified, I went off the beaten track a bit to attend a special screening of two shorts pulled from the festival in the wake of the massively confusing #metoo ruckus that left everyone reeling the weeks before opening night. Atul Mongia's Awake (produced by Vikramadtiya Motwane) and Shazia Iqbal's Bebaak (produced by Anurag Kashyap) were regrettable casualties of the kerfuffle, and having now seen each, I do believe that they deserved a better audience.

Awake is the story of a woman caring for her disabled husband and her challenges to figure out a way to keep on living when her partner - who she loves deeply - can no longer love her back the way he once did. It is a delicately told story, at times darkly humorous, but always empathetic to its characters and the hard choices we all make that let us sleep at night.

Bebaak is the story of a young girl attempting to complete engineering school when the scarcity of funds in the family puts her future in jeopardy. A member of a progressive Muslim family, their only choice is to seek a scholarship from a very conservative Muslim education fund. Cultures clash and she must decide if it is worth sacrificing what she believes in just to get the cheque. Strong performances all around in this one, including supporting turns from Vipin Sharma as a doting father who just wants what is best for his family but doesn't quite know how to balance his morals with his family's needs, and Nawazuddin Siddiqui as the smarmy leader of the education fund. However, it is Sarah Hashmi in the lead who is the revelation, very solid work.

As I prepare for the final two days of MAMI, I'm keen on checking out tomorrow's masterclass with Sean Baker and a few more Indian films in between hosting and Q & A duties. So far it's been fun, the festival team on the ground has been accommodating, and there is a passion for films here that is palpable and contagious.