Friday One Sheet: THE FOG 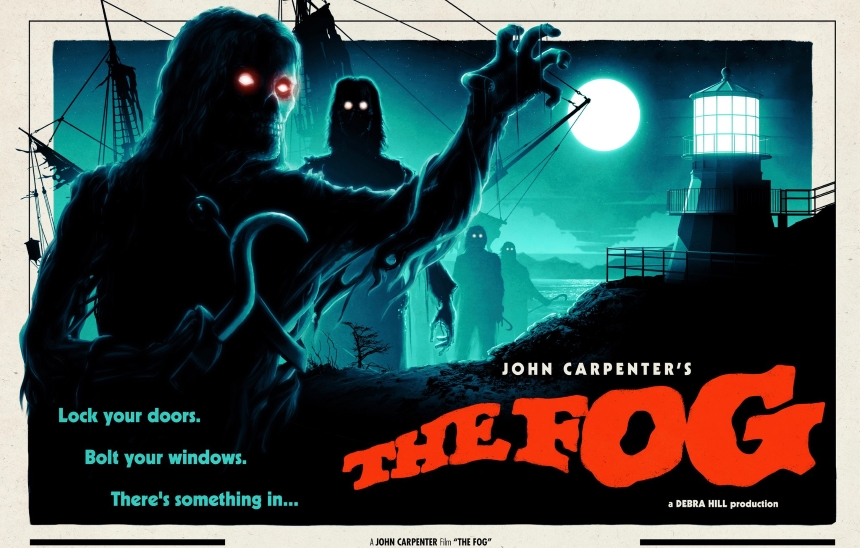 It's Halloween season, and while the masses are all set to flock to David Gordon Green's 're-write the canon' sequel/remake/whatever in their local multiplexes, Rialto Pictures is quietly re-releasing a 4K remaster of the feature film John Carpenter made right after Halloween had cemented itself as a super-sized blockbuster.

The original (here is the UK QUAD) poster was far less *spoilerific* than the newly drawn one below, but  designer of this new key art, Matt Ferguson, wisely kept the misty type-face graphics that has been featured in nearly all of the artwork for the film over the years, even when translated into other languages. The other consistent design element in most cases of advertising was the 'reaching hand trope,' which disappeared in the 2005 remake, replaced with a banal 'sucking face.' Thankfully, the reaching hands are back with the new remastered release key art.

And how about that tag line, now in a cleaner, less fussy typeface, which uses the title to complete it sentence, instead of the 'old Hollywood' (Look, there is Janet Leigh in the cast!) script and title redundancy in the original design. And yet, the white matting and clean black lines speak to a solid nod to retro design.  Overall the look is right in the happy middle, as I am sure the sharp, beautiful 4K version of the film will be, hopefully, playing soon in a Theatre Near You. 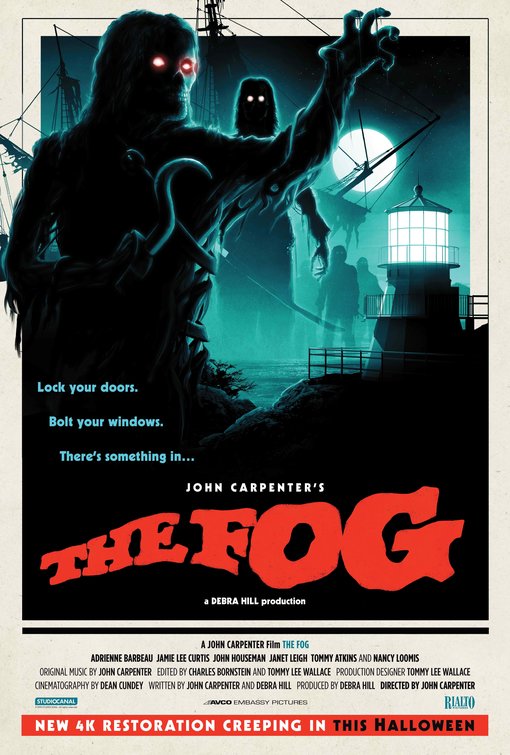