Have Your Say: What's Your Favorite Shark Movie (Not JAWS)? 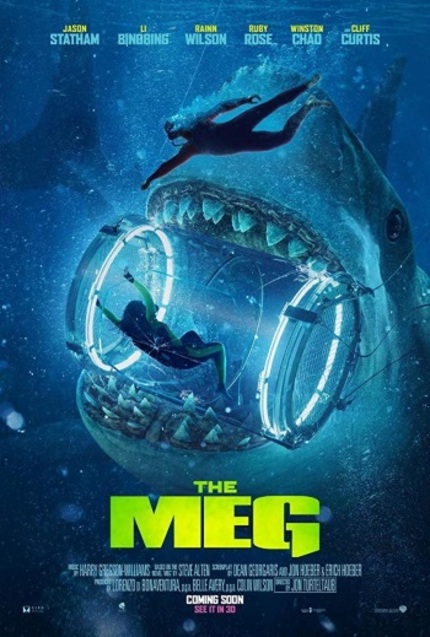 This week sees Jon Turteltaub's The Meg chomp its way into cinemas worldwide, and if the trailers do not lie it might give us a fun ride. At the very least it looks decently made, which is not what you can say about the dozens of low budget shark-horror films which have been flooding the direct-to-video-market lately.

It's been 43 years since Steven Spielberg's excellent Jaws became a blockbuster; rumor has it it's the film which introduced that term into film marketing jargon, even. That it would spawn a host of inferior copies should not be a surprise.

What IS a surprise, is how much of a joke shark films tend to be these days. Granted, the official Jaws sequels contained some jaw-droppingly awful garbage already (though Jaws 2 still jogs a few fond memories), but whoa... the current crop all copy each other, and try to smother their budgetary restraints through sheer outrageousness. The Meg stands out for at least taking itself half-seriously.

Mind you, I know people who love all the bad shark films, who even hold shark-evenings whenever a new one appears. And, well, there's nothing wrong with having a good laugh, right?

So my question of the week is: what is your favorite shark film which isn't Jaws? Was it proper scary, or a spoof? Was it about a shark, a half-shark, a supernatural shark, or a shark with too many bodyparts?

More about The Meg