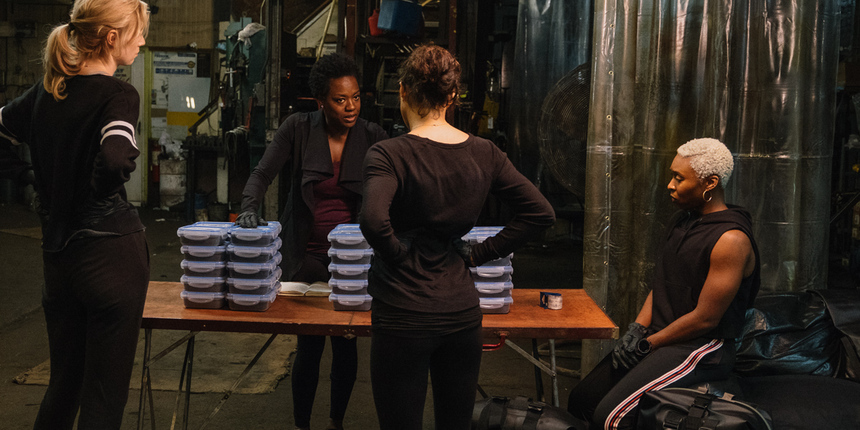 The Toronto International Film Festival came crashing out of the gate with its first wave of title announcements. The festival is scheduled for September 6th - 16th, and already this magnificent corner of the best cinema is setting the bar high with both much-anticipated and unexpected titles.

Claire Denis' much-anticipated sci fi drama High Life, with Robert Pattinson as a father caught in space, will finally make its World Premiere, as will Steve McQueen's action thriller Widows starring Viola Davis. other great world premieres include The Land of Steady Habits from American auteur Nicole Holofcener, Life Itself from This is Us creator Dan Fogelman; Red Joan from UK's Sir Trevor Nunn and starring Judi Dench; and the latest from Emilio Estevez, The Public.

Other big titles include Damien Chazelle's film First Man, on the life of Neil Armstrong starring Ryan Gosling; Bradley Cooper's directorial debut, yet another remake of A Star is Born starring Cooper and Lady Gaga; Galvenston from Mélanie Laurent, starring Elle Fanning and adapted from the novel by Nic Pizzolatto (True Detective); and Beautiful Boy, starring Steve Carrell and Timothee Chalamet as a father and son who struggle with the latter's addictions.

A press statement and list of the galas announced below. Let the countdown begin!

“We have an exceptional selection of films this year that will excite Festival audiences from all walks of life,” said Handling. “Today’s lineup showcases beloved auteurs alongside fresh voices in filmmaking, including numerous female powerhouses. The sweeping range in cinematic storytelling from around the world is a testament to the uniqueness of the films that are being made.”

The Hate U Give

The Land of Steady Habits

A Star is Born