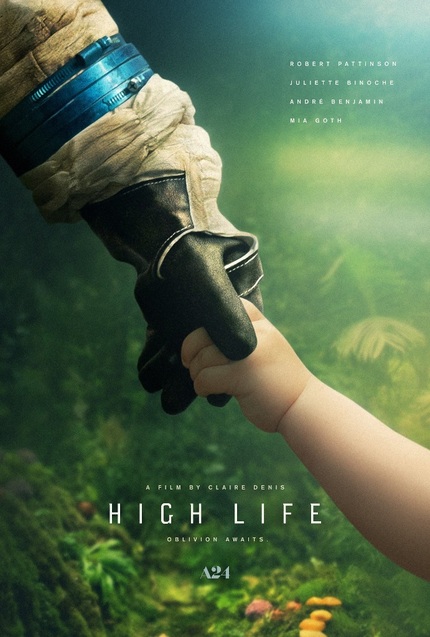 In the French auteur's English-language debut, Denis depicts hopeless death-row inmates who have been chosen as scientific guinea pigs for scientist Juliette Binoche.

And as they hurtle toward oblivion, Pattinson plays a father struggling to keep his daughter safe. No stranger to critical division, High Life was met with an equal share of praise and criticism upon its premier at the Toronto International Film Festival last year.

ScreenAnarchy's Shelagh Rowan-Legg reviewed the film favorably from TIFF, which gives me hope it will be as thought provoking and challenging as some other foreign art house space station thrillers like Marc Caro's Dante 01 or Ivan Engler's Cargo.

A24 will release the film into theatres on April 12, 2019. Check out the trailer below:

Do you feel this content is inappropriate or infringes upon your rights? Click here to report it, or see our DMCA policy.
A24 FilmsClaire DenisJuliette BinocheRobert PattinsonScience fiction