Sundance 2018 Review: LORDS OF CHAOS and The Humanization of Savagery 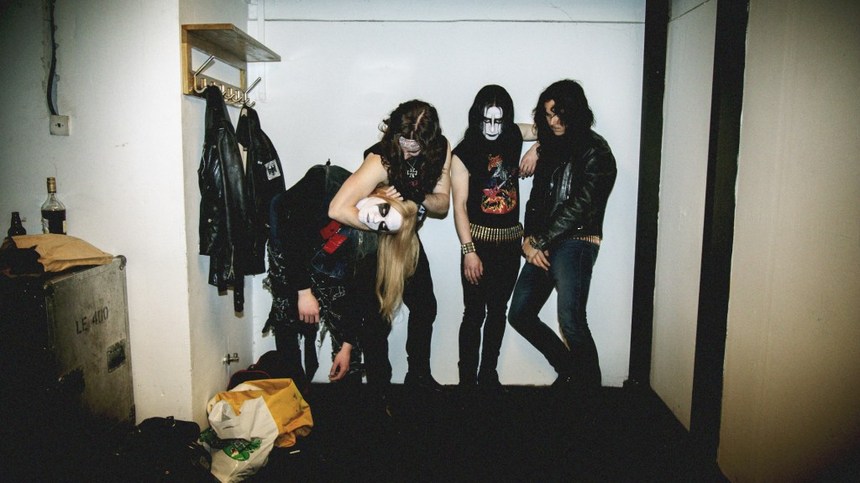 For any devotee of heavy metal, transgressive culture, and Satanism (or all of the above), the Lords of Chaos biopic has been a long time coming. Feral House published the first edition of the book all the way back in 1998.

Based in Oslo, Norway during the early 90s, black metal band Mayhem was Jimmy Swaggart's worst nightmare come true. They practiced what they preached, a muddled but lethal cocktail of Satanism and paganism, dressed up with fascist iconography. The band and its inner circle of fans torched Christian churches and took part in multiple homicides, including the murder of Mayhem guitarist and founder Øystein "Euronymous" Aarseth.

Euronymous (Rory Culkin) narrates the film from start to finish. He informs the viewer at the outset that his story does not end well. It does not begin well either. The first act concerns the early days of the band and its first vocalist, "Dead" Ohlin (Jack Kilmer). "Dead" is an apt nickname. He is obsessed with death, be it in the form of animal carcasses or his eventual suicide.

On the other hand, Euronymous lives on to found a record label for Mayhem as well as open a small record shop where their fans hang out. Enter Varg Vikernes (Emory Cohen). The teenage introvert is a newbie to the black metal scene and commits the unpardonable faux pas of wearing a "Scorpions" patch on his jeans jacket. Euronymous calls him out on his unacceptable musical taste but Varg stubbornly hovers at the periphery of the scene. He wants in. Varg finally gets 'in' by recording a demo tape of his solo project (Burzum). His music blows Euronymous away. The kid's got talent. Euronymous releases Varg's music and invites him to become a member of Mayhem.

Varg is not a bad guy but he has issues like burning churches to help promote the band. That makes Euronymous uneasy. And his unease makes Varg uneasy. Euronymous talks the talk but is he sincere in his commitment to black metal Götterdämmerung?

For those who did not spend a lot of their youth in a musical subculture like punk or metal, I should identify an essential concept in this story. The worst insult you can fling against a fellow member of a scene is that he is a poseur. Please note that I did not use the pronoun 'she' because this is a form of posturing amongst dudes. Varg falls out with Euronymous because his friend isn't hardcore enough. Euronymous is just an impresario out to make a few bucks. Varg is not wrong but the truth is more complicated. Euronymous got a girlfriend and grew up as most teenagers do.

The scenes between Rory Culkin and Emory Cohen display a remarkable tension. Like sociopathic analogues of Lennon and McCartney, one senses their struggle for control over the band in every frame. The toxic chemistry between the band mates sustains a story that possesses a dearth of 'likable' characters. Additionally, director Jonas Åkerlund pulls no punches in his brutal depiction of Norwegian black metal. One murder victim gets stabbed a total of 37 times on camera. The act of killing is not only bloody. It is laborious.

It should come as some relief to black metal fans that one of their own helmed this project. Before directing music videos for Madonna et al, Åkerlund was co-founder and drummer of Swedish extreme metal band Bathory. He penetrates into the guts of this musical subculture, lending an authenticity that few others could hope to provide. The only criticism I would venture was the choice to stage the film in English. At times, it feels like the story is taking place in rural Minnesota rather than Norway.

Most importantly, Åkerlund executes a somewhat remarkable feat in that the audience finds itself sympathizing with the characters despite all of the arson and bloodshed. As with Scorsese's Goodfellas, we find ourselves rooting for some rather despicable figures. Perhaps, I would be tempted to call the phenomenon "Stockholm Syndrome" but for the fact that the film takes place in Oslo. Regardless, this pic will please metal fans and outsiders alike. 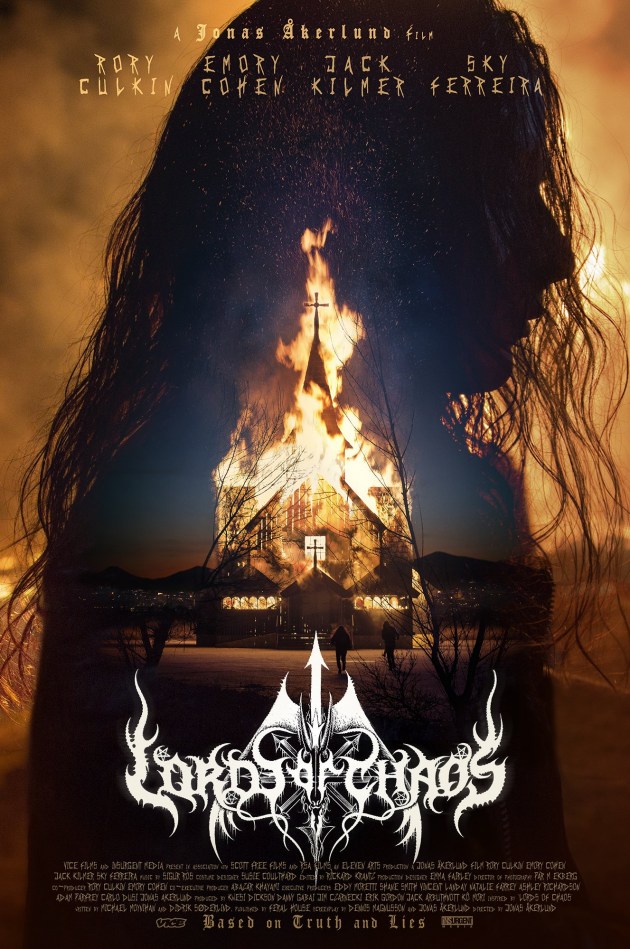