J Hurtado
Editor, U.S. ; Dallas, Texas (@HatefulJosh)
Tweet Post Submit
Arrow Video's July announcements are here, and there are more than a few welcome surprises! With seven total releases during the month, there are several high profile classic '80s comedies in the mix that, frankly, I did not see coming. A pair of John Hughes classics headline the retro titles with Sixteen Candles (UK only) and Weird Science (US/UK/CAN), a Willem Dafoe punk gem The Loveless (US/CAN), Jörg Buttegereit nihilist sludgefest Schramm (UK), a snowy slasher wonderland in The Chill Factor (US/UK/CAN), FM (US/UK/CAN) a film about the spirit of radio, and Jones Åkerlund's brilliant black metal opus, Lords of Chaos (UK).
Check out full details below 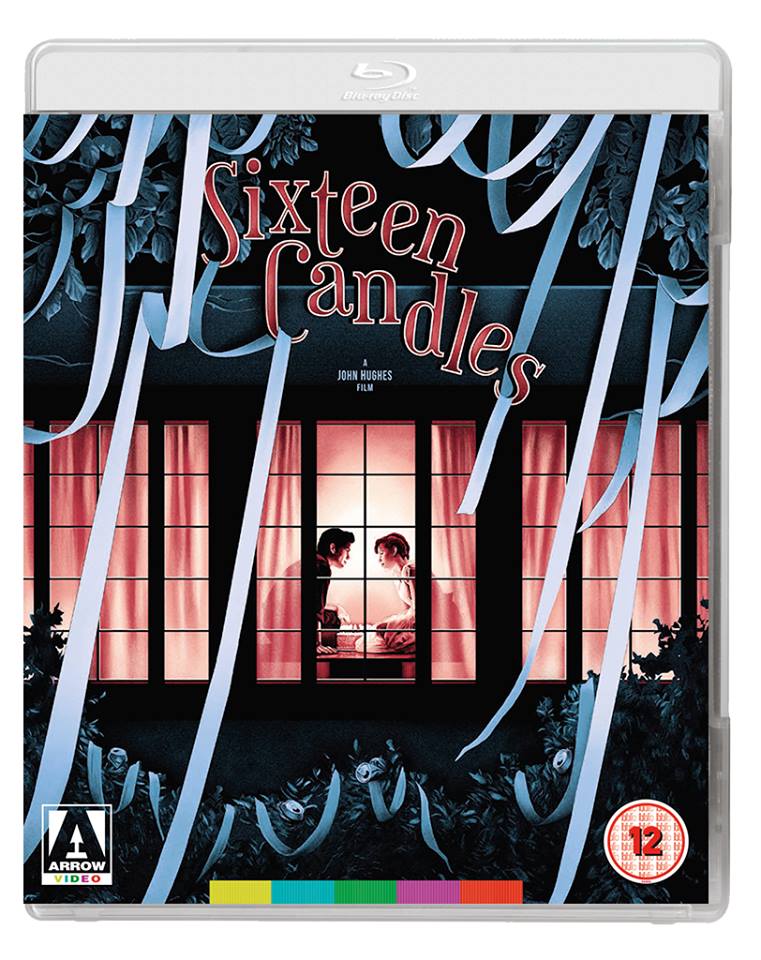 IT'S THE TIME OF YOUR LIFE THAT MAY LAST A LIFETIME.

In his debut film as writer-director, John Hughes immediately cemented himself as the king of teen cinema with Sixteen Candles, and in the process also introduced one of the most iconic faces of ‘80s Americana: Molly Ringwald.

For high schooler Samantha Baker (Molly Ringwald), her 16th birthday might be the worst day of her life. Her entire family has forgotten about it due to her older sister’s impending wedding; her biggest crush, high school hunk Jake Ryan (Michael Schoeffling) has discovered an embarrassing “sex quiz” filled out by Sam in which she details how she is saving herself for him; and to make matters worse, she is hounded by a relentless nerd (Anthony Michael Hall) who won’t take no for an answer. But Sam’s sweet sixteen isn’t over yet, and before the end of the night, all her birthday wishes could still come true…

Taking the rude and crude humour of the teen sex comedies that came before it and placing it within the intimately portrayed perspective of a girl's mid-teenage-life crisis, Sixteen Candles is a bombshell of 80s pop culture that continues to be debated and beloved over three decades after its release. 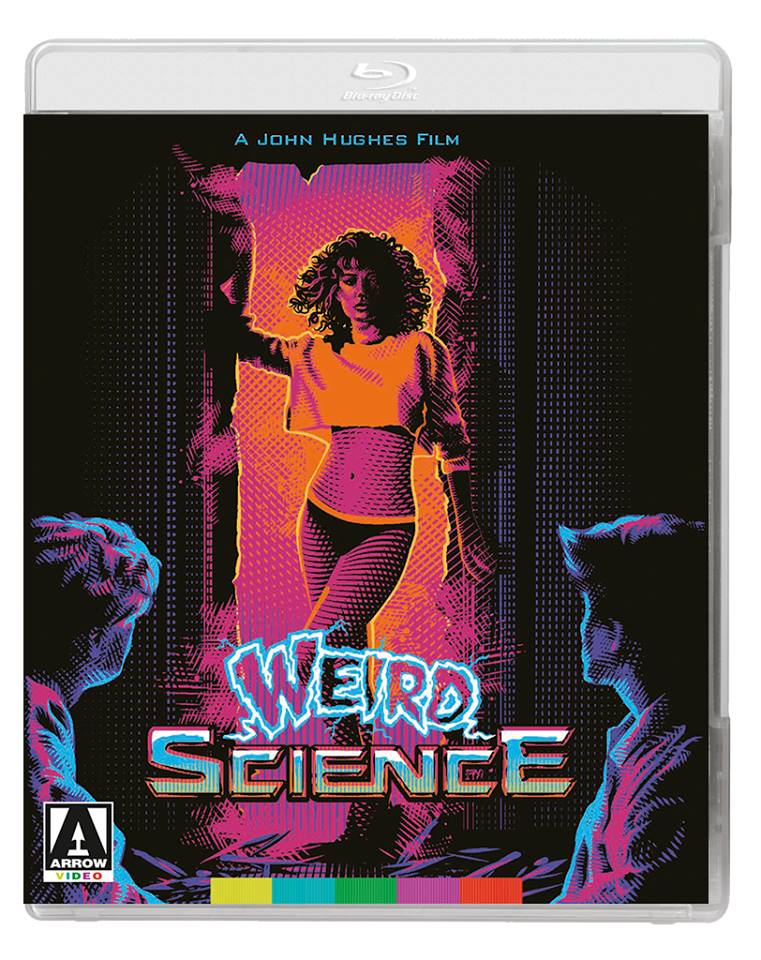 THEY WENT FROM ZEROES TO HEROES IN ONE FANTASTIC WEEKEND.

If you can’t get a date… make one! After proving himself the king of heartfelt teen flicks with Sixteen Candles and The Breakfast Club, writer-director John Hughes infused the genre with a hefty dose of wacked-out sci-fi comedy in Weird Science, a film where every teenage boy’s wildest fantasies come to life.

Perenially picked-on high school nerds Gary (Anthony Michael Hall, Sixteen Candles) and Wyatt (Ilan Mitchell-Smith) are sick of their status at the bottom of the social food chain. Using Wyatt’s computer, the two hatch a plan to create their dream woman – and following a massive power surge, that woman unexpectedly appears in the form of Lisa (Kelly LeBrock). Gorgeous, intelligent, and blessed with limitless magic powers, Lisa makes the boys’ dreams come true… but what about Wyatt’s gun-toting psycho older brother Chet (Bill Paxton), and the two bullies (Robert Downey Jr and Vamp’s Robert Rusler) determined to put them back in their place?

Inspired by EC Comics and boosted by a killer soundtrack (including the classic title theme by Oingo Boingo), Weird Science has never looked better than in this new special edition, including an exclusive extended version of the film featuring deleted scenes never released on home video before. 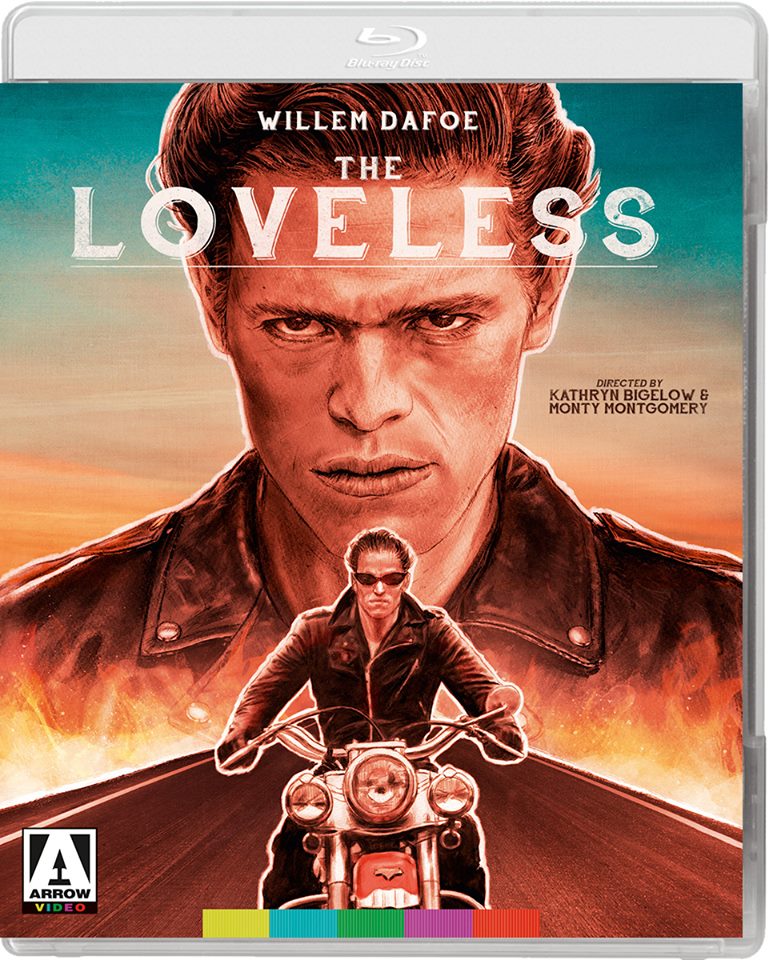 Raw, angry and honest, The Loveless evokes, with unflinching clarity, both an attitude and a bygone era, exploring the tensions between two very different Americas 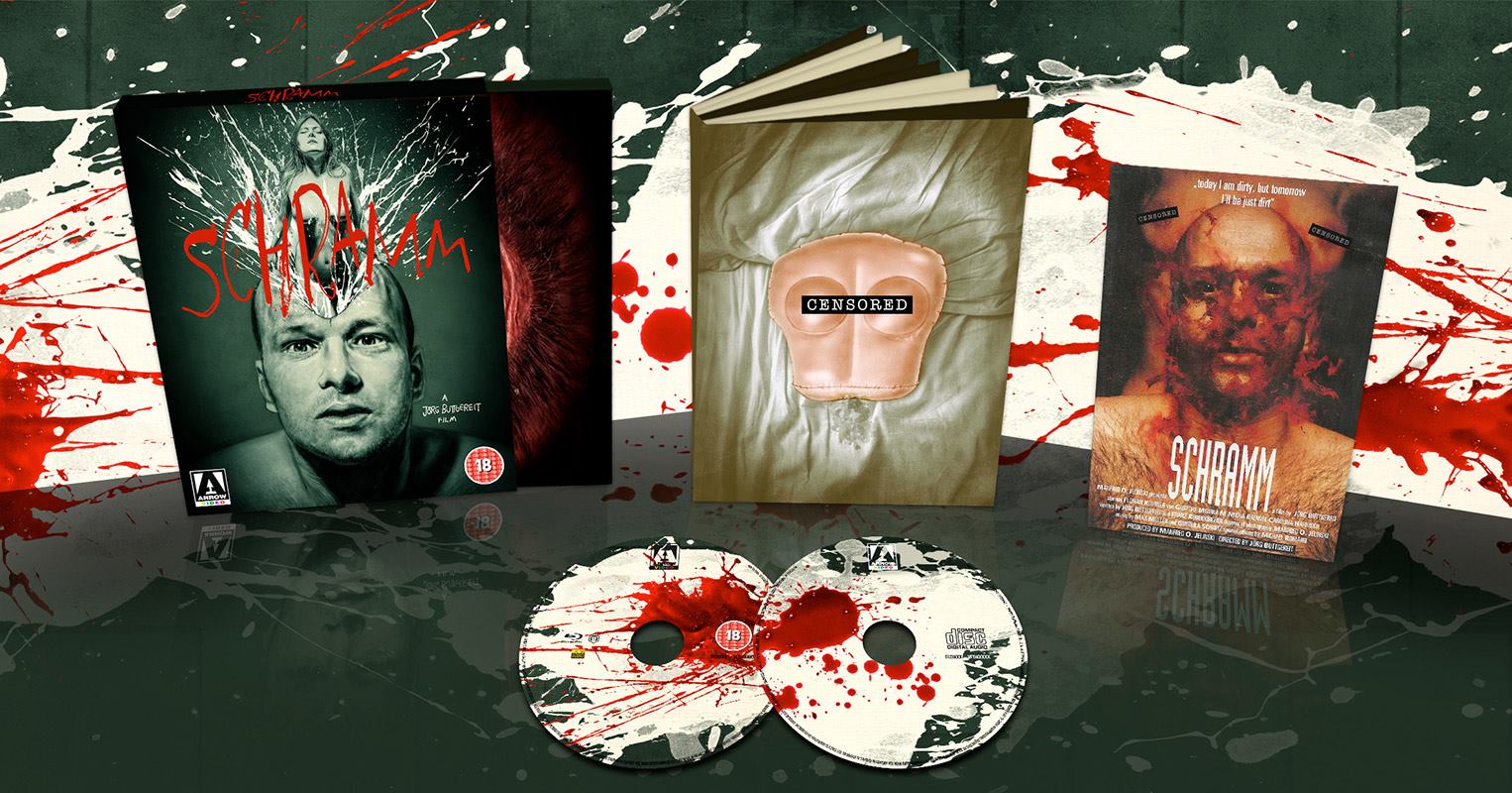 Controversial German filmmaker Jörg Buttgereit (Nekromantik, Nekromantik 2) takes you into the twisted mind of a deranged sex killer in the last of his feature films to date, 1993’s deeply disturbing Schramm.

Lothar Schramm, the so-called “Lipstick Killer”, lies dying in a pool of blood and paint. As he expires, fragments of his life flash before his eyes – his uneasy friendship with the prostitute that lives next door (Nekromantik 2’s Monika M); the brutal slaughter of a pair of doorstep evangelists whose bodies he poses in obscene fashion; his unhealthy pastime of hammering nails into his own manhood.

Told in an entirely non-linear fashion, Jörg Buttgereit’s Schramm – with its nightmarish hallucinatory sequences involving severed limbs and gaping, sharp-toothed female genitalia – comes about as close as a film can get to transporting you directly into the world of a sick, disordered mind. 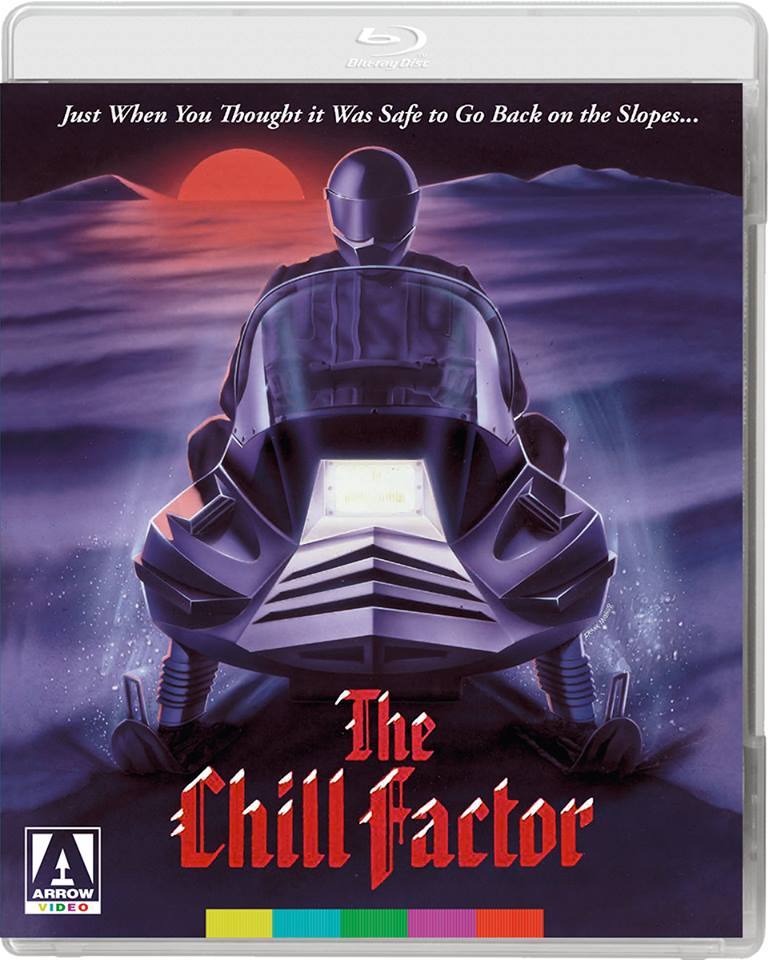 The Exorcist meets the Winter Olympics in this tale of demonic possession and snowbound slashing from director Christopher Webster, producer of Hellraiser and Hellraiser II: Hellbound.

For a group of young couples, a snowmobiling trip turns into a waking nightmare when one of their number is thrown from their vehicle and knocked unconscious. Seeking refuge in a nearby abandoned summer camp, the group find themselves holed up in a cabin filled with bizarre and ominous religious artefacts. As night falls, the discovery of a Ouija board amidst the dusty relics awakens a terrifying evil.

Barely released outside of its original VHS outing (for which it was retitled Demon Possessed), cult enthusiasts Arrow Video have dug up The Chill Factor from its wintry analogue grave so horror fans can rediscover this heady mixture of snow, slaughter and Satan! 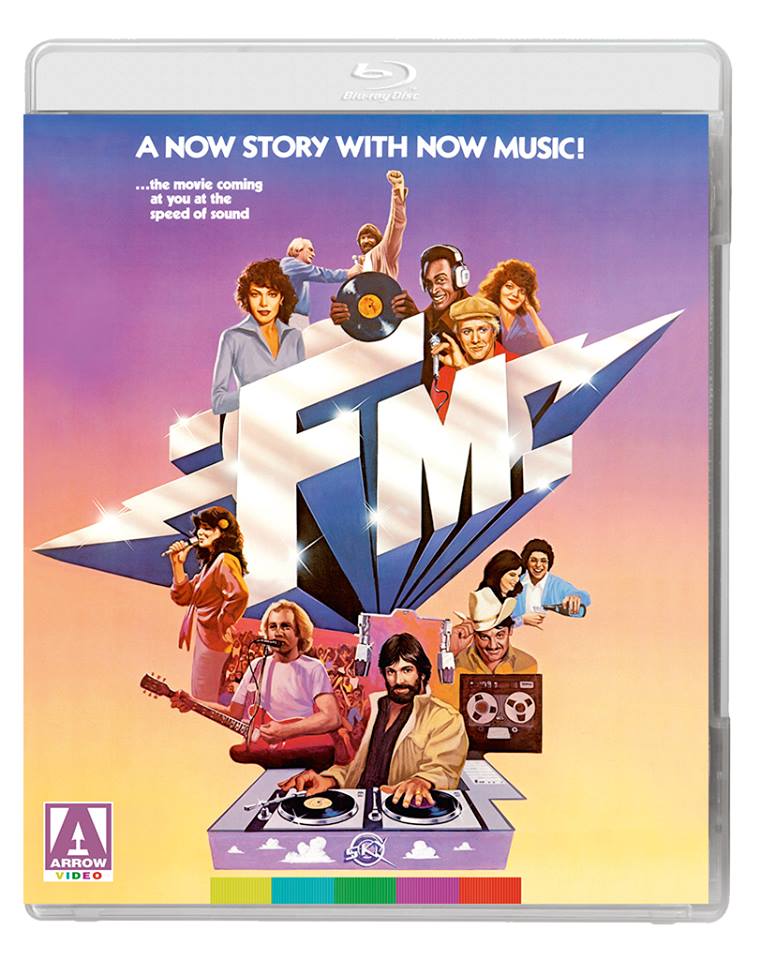 The airwaves crackle with the delectable sound of smooth rock in FM, a riotous comedy about the heady world of late-70s US radio.

Michael Brandon (Four Flies on Grey Velvet) stars as Jeff Dugan, the ultra-cool program director at Q-SKY Radio, LA’s number one rock station. Dugan encourages a free-wheeling culture at work, employing an array of eccentric DJ personalities: Mother (Eileen Brennan, Private Benjamin), a husky, world-weary ex-hippie; Eric Swan (Martin Mull, Clue), a mad-cap romantic looking for love, and The Prince of Darkness (Cleavon Little, Blazing Saddles), a cool cat who keeps the night-time airwaves alive. But when the station’s future is thrown in to jeopardy by corporate bosses looking to cash-in, the Q-SKY troupe are forced to batten down the hatches and turn up the volume – will a fully-fledged rock ‘n’ roll rebellion save the day? 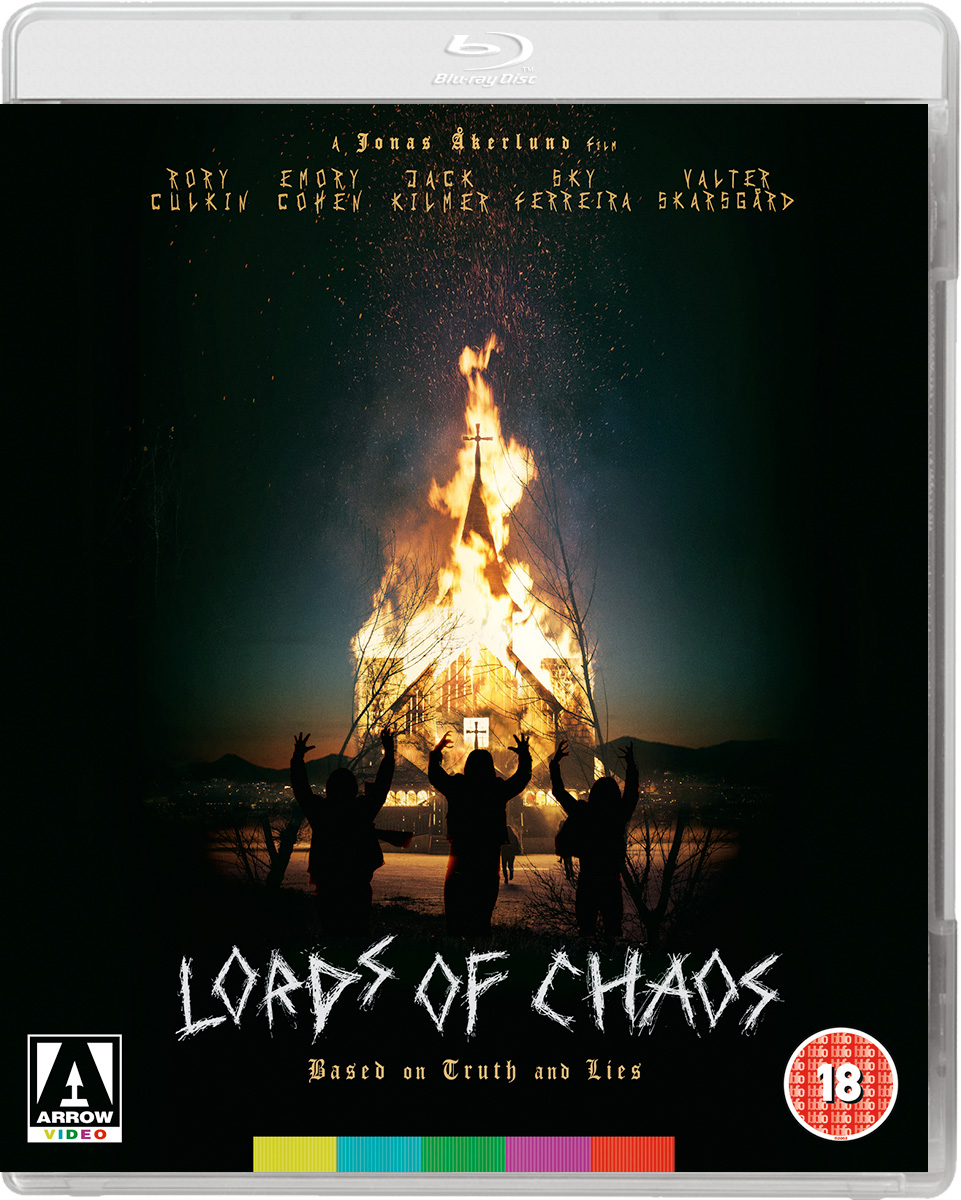 Oslo. Norway. The early 1990s. A new, uncompromising style of heavy metal explodes onto the underground - True Norwegian Black Metal! Blasting and brutal yet also majestic, this subgenre achieves worldwide infamy through the extraordinary achievements of its musicians and the suicides, murders and church burnings that come to define the scene...

17-year-old Euronymous (Rory Culkin) longs to escape his idyllic middle-class life. Enlisting a clique of fanatical youths - Necrobutcher, Hellhammer and Dead (Jack Kilmer) - he forms the most evil band in the world... Mayhem. The band soon achieve notoriety for the extremity of their shows and the morbid cult that surround them, but the dark world Euronymous has created soon degenerates into a mire of murder and arson when an arch-rivalry with Varg (Emory Cohen), of the band Burzum, spirals out of control...