Notes on Streaming: RUNAWAYS and THE MARVELOUS MRS. MAISEL 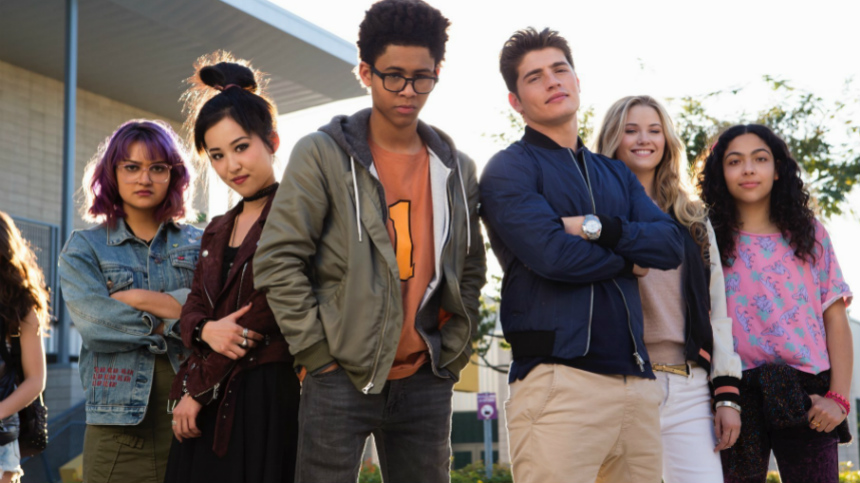 Recently premiering on the Hulu streaming service and now debuting new episodes every Tuesday, Runaways offers a different spin on the Marvel universe.

Rather than the darker, more violent take offered by the label's flurry of Netflix shows -- Daredevil, Jessica Jones, Luke Cage, Iron Fist, The Defenders, The Punisher -- Runaways is lighter fare, more PG than PG-13 in ratings terms, if any of these shows were rated like their big-screen counterparts. It focuses on a group of privileged teenagers and their problems, as well as their parents and their respective problems.

Hey, life is tough even if you're privileged (i.e. have money, which is no small thing in Los Angeles), or so I've been told over and over again by people with money.

The teens have grown apart after the death of a member of their inner circle, which means they've been dealing with the problems by themselves, for the most part. Their parents lead busy lives making money and becoming leading members of the community, and so they don't pay as much attention to their children as they should.

The first episode sets all this up, leading to one of the kids feeling impelled for some reason to get the group back together. Just as soon as they do, by chance, they stumble upon a secret ceremony ... involving their parents in robes, performing some strange ritual upon a young woman about their age ... and, naturally, the young ones freak out and run away.

But not too far. Evidently, they run away at the end of the first issue of the comic book series by Brian K. Vaughan and Adrian Alphona, first published in 2003, but the series leaves them at home, at least through the five episodes that have debuted so far, and the perspective alternates between the teens and their parents. The second episode, for example, retells events from the parents' point of view, which is vaguely interesting but not terribly compelling, in part because this all feels like well-trod territory.

Series creators Josh Schwartz and Stephanie Savage first made their mark with the teen/parent soap opera The O.C. more than 10 years ago, which at its peak masterfully mocked itself and the entire idea of nighttime soap operas. They've gone on to Chuck, Gossip Girl, Hart of Dixie and other shows that fall outside my realm of interest nowadays.

With that background in mind, Runaways appears to be a less mirthful version of those shows. It's not exactly dour, but it's not terribly fun to watch, either. Even the gradual manifestation of superpowers adds little to the mixture, which stays heavy on typical teen troubles and pouting parental (huffing and) puffing. What's new here?

I realize that I'm not the target audience for the show, though, so it's entirely possible that younger readers (and their parents) will relate to it more than me. But, having binged Marvel's Inhumans recently, too, I'm ready to just run away from more Marvel television. 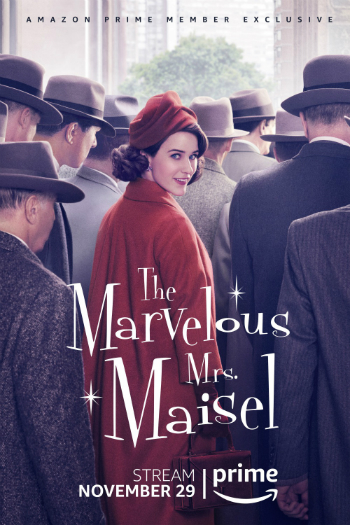 The Marvelous Mrs. Maisel has nothing to do with Marvel, but it was the best thing I streamed this past week. (Also, it has "marvel" in its title and I couldn't resist including it in the column.)

While this site's primary focus (and my personal viewing preference) remains on genre films of all stripes, along with independent and international fare in general, sometimes more mainstream fare proves to be so irresistible that I can't help writing about it, and that's the case here.

The pilot episode, which was made available exclusively on Amazon's streaming service this past March, established Miriam "Midge" Maisel (Rachel Brosnahan) as a traditional housewife in 1958 New York City. She comes from money -- her parents (Tony Shalhoub and Marin Hinkle) live upstairs from them in their apartment building -- and she is a dedicated, dutiful woman, doing exactly what society and her family expect.

Her husband Joel (Michael Zegen) is an unhappy junior executive who hopes to make it big as a stand-up comedian. Only one problem: he has no creativity. Make that two problems: he has been carrying on an affair with his secretary. In a drunken outburst, Midge takes the stage at a comedy club where her husband performed, delivers a sizzling routine, curses freely, exposes her breasts, and is arrested. Her life is in tatters, but she meets Lenny Bruce (Luke Kirby) while they're both getting bailed out in the morning, and decides that she too will become a stand-up comedian.

All eight episodes are now available on the Amazon streaming service, and I decided to sample episode #2 and quickly found myself utterly enchanted. (I binged the whole thing.) Primarily that's due to Rachel Brosnahan's performance; she's familiar from her dramatic roles in House of Cards and Manhattan, but here she is revelatory as Midge, a woman who makes her husband and friends laugh rather effortlessly.

It's a different story up on stage, of course, and the show expertly delineates Midge's challenge to develop her on-stage routines -- under the new management of Susie Meyerson (Alex Borstein) -- while also supplying plenty of color and detail about the period and how women were viewed at the time.

Amy Sherman-Palladino (Gilmore Girls, Bunheads) created the show, wrote or co-wrote five episodes and directed five, with her longtime creative partner Daniel Palladino also writing and directing. Again, this depends on your personal wavelength, but the show consistently reached comic highs that relatively few shows this year have even approached. I loved the characters, the scenarios, and the humor, which made me laugh out loud frequently.

Notes on Streaming is a column about shows that, er, stream on various services in the U.S. and sometimes other territories.

Do you feel this content is inappropriate or infringes upon your rights? Click here to report it, or see our DMCA policy.
AmazonHuluMarvelRachel BrosnahanRunawaysThe Marvelous Mrs. Maisel