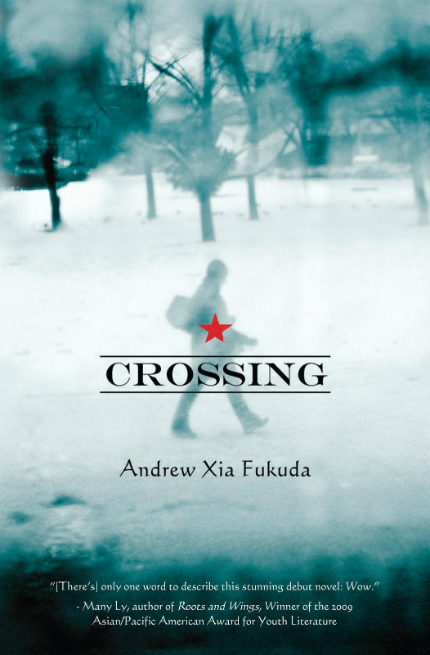 Canadian newcomer Angel Lo will star in Crossing, an indie thriller to be directed by Z. Eric Yang. It's based on Andrew Xia Fukuda's critically-acclaimed novel, which has developed a cult following, especially among young Asian-American readers, since its publication in 2010.

The book follows Xing, a Chinese immigrant who attends a predominantly white school in upstate New York. (I spent a fair amount of time in upstate New York years ago, and it was, indeed, quite white.) He is 15 and cynical, of course -- weren't we all cynical at the age of 15? -- so he decides to land the lead in a Christmas musical at any cost. Then students start disappearing ... turning up dead ... and all the suspicious eyes of the community turn to ... (no surprise here, sadly) ... the kid who doesn't look like everyone else.

Lance Lim (School of Rock) will star; the always-welcome Elizabeth Sung (Memoirs of a Geisha, The Joy Luck Club) will play his character's mother.

As for Lo, she won the role after first beating out over 40 social media submissions. (You can watch her lovely, very moving audition tape below.) Crossing will be her feature debut.

Director Z. Eric Yang is also making his feature debut, based on a screenplay he wrote with Clay Baird. Our friend Quentin Lee, a veteran filmmaker whose credits include The People I've Slept With, White Frog, The Unbidden, is producing.

Do you feel this content is inappropriate or infringes upon your rights? Click here to report it, or see our DMCA policy.
Angel LoElizabeth SungLance LimQuentin LeeZ Eric Yang

More about The Unbidden