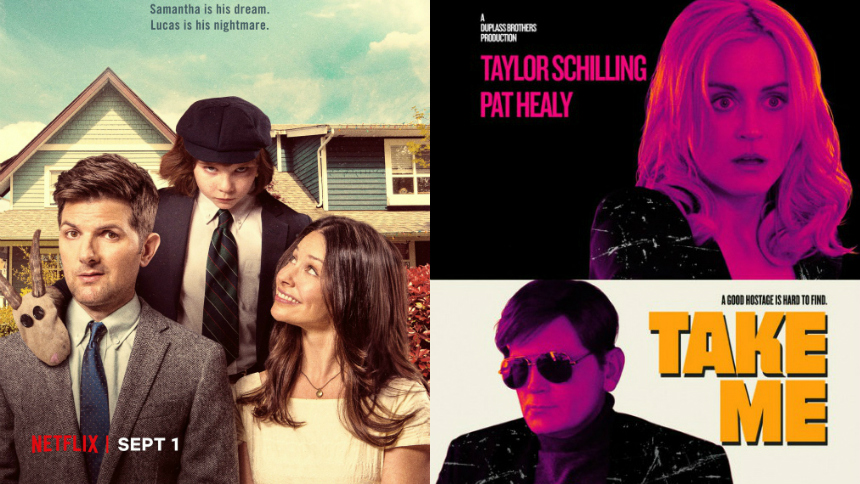 Granted, it is absolutely wonderful to enjoy a bracing new work at a film festival, surrounded by fellow devotees with open minds. Really, I would say there is nothing to compare to that buzzing in the mind -- is this really good or am I imagining things? -- and swelling in the heart -- yes, it is that good! Truly, the movie gods have blessed me today!.

To walk out of a theater with a song in your heart and a smile on your lips is a rare and precious thing. And then to realize you can share that feeling with a tweet, or, even better, a review, and let people know about the fresh new film that few people have had the opportunity to see -- yes, some kind of wonderful.

As good as that feeling is, however, underneath that initial rush is the knowledge that there are many, many films yet to see. Indeed, it can be overwhelming to contemplate the sheer thousands of past films that you will never see, especially as one grows older. (OK, I'm talking about myself now.) The unseen films might prove to be stone-cold, life-changing classics.

Or, they might be Little Evil or Take Me, both now available to stream on Netflix.

No disrespect to the makers, but neither film is a classic. Yet, I'd argue that both are well worth the time it takes to watch, and, indeed, worth the effort to subscribe to a service that appears more interested in quantity than quality. That helps explains, I think, why it would rather push 13 new, uneven or even poor episodes of new shows out into the world every week then carefully cultivate higher-quality endeavors.

And, even though I've written all these words while barely mentioning them, Little Evil and Take Me feel like fresh discoveries, even though the latter got some well-deserved festival playdates. 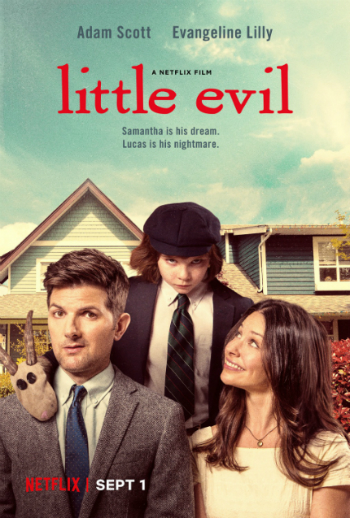 Hailing from Eli Craig, who brought Tucker and Dale vs. Evil into the world, Little Evil features a similar comic sensibility in its lead character, Gary, played by Adam Scott. Gary has recently married Samantha (Evangeline Lilly), a smart move, from all appearances, save for her son Lucas (Owen Atlas), an odd, quiet sort who may or may not be a truly wicked entity.

Or, he might just be a typical young boy with no siblings in a single-parent household. Samantha's attention is focused nearly entirely on her son, which makes him feel like the center of the universe, so when Gary enters and throws her off her axis, so to speak, it's got to be disorienting, at best, for young Lucas.

Writer/director Craig, working in a minor key that depends upon the audience's familiarity with The Omen -- or at least a working awareness of the evil Damien and his appearance -- also depends heavily upon Adam Scott's charm and subtle hilarity. That sustains the movie easily through its first third, when it begins to encounter dry spells of humor and a stitched-together narrative becomes even more patchy.

Still, there's more than enough to enjoy, and solid twists make the movie's heart rise. It suffers by comparison to Tucker and Dale vs. Evil, but that's a classic in my mind, and I wasn't expecting the same. Similar but different is not always a bad thing, and it's easy to recommend Little Evil. 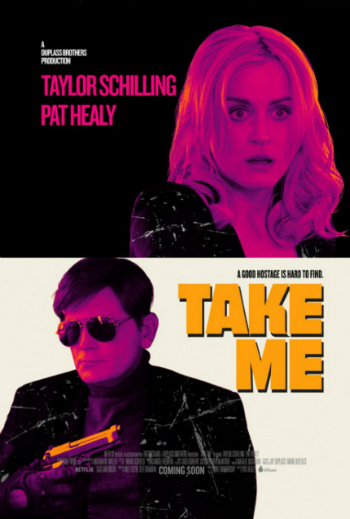 Pat Healy burst onto my radar late one night at SXSW with his outstanding lead performance in Cheap Thrills, one of the best thrillers in the past few years. His career stretches back to the late 1990s, but the string of films he's made in this decade, including The Innkeepers, Compliance, and Small Crimes., show that he has terrific range as an actor.

In Take Me, he gently grabs the lead role by the throat. Ray Moody carries out high-end, personally-tailored abductions; in the opening, he gets rough -- but not too rough -- with a client (Jim O'Heir) who wants to lose weight. It's unconventional and skirts the edge of legality and common sense, which means it's bound to go insanely wrong at some point.

That point arrives with Ray's next client, Anna St. Blair (Taylor Schilling). She's a successful businesswoman who hires Ray for an extended weekend of kidnapping, and things go wrong in so many ways that it's easy to lose track of all the wrongs.

Directing from an original screenplay by Mike Makowsky, Healy also manages the neat trick of making Ray Moody a winning, though not easily likable, personality, a fellow whose vanity pushes him to wear a wig that he's too blind to realize is a really bad wig. His vanity makes him think kidnapping people is a good idea, but Anna makes his rethink all his priorities.

Anna keeps pushing Ray to exceed the boundaries he's set for his business, especially when she asserts that she didn't hire him! Ray's own insecurities begin to push to the front of the line, especially his realization that he's not been successful in relationships and that, really, he hasn't been especially too good at anything in life.

It's rueful, it's surprising, and it's affecting. Healy gives a wonderfully measured performance, while Schilling, who I know primarily from Orange Is the New Black, absolutely kills it. You may be able to second-guess the twists, but Take Me defies anyone to second-guess the characters and their motivations. Do any of us really know ourselves? Maybe so -- and if so, good for you -- but I'm with Ray. I don't know what I'm doing at least half the time, but I hope it helps somebody.

Little Evil and Take Me are both available now on the Netflix streaming service.

Do you feel this content is inappropriate or infringes upon your rights? Click here to report it, or see our DMCA policy.
Adam ScottEli CraigEvangeline LillyNetflixNotes on StreamingPat HealyTaylor Schilling