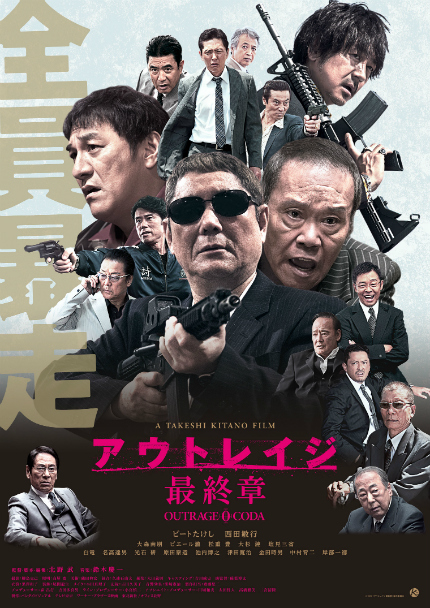 I've fallen behind on my Outrage, I'm afraid, but here's a new trailer and poster for Outrage Coda.

It's the third installment in what's become a series for Kitano Takeshi, following the original in 2010, which I quite enjoyed, and Outrage Beyond (2012), which I have yet to see.

The story follows Ootomo, "who was stubbed in the jail in the last chapter of this franchise. Ootomo gets involved with new Yakuza battles after he comes back to the Yakuza society," according to the synopsis at IMDb. I'm sure we'll learn more in the next few months. The film is heading for theatrical release in Japan on October 7, 2017.

Watch the trailer below and also enjoy the full-sized poster (you can click to embiggen). 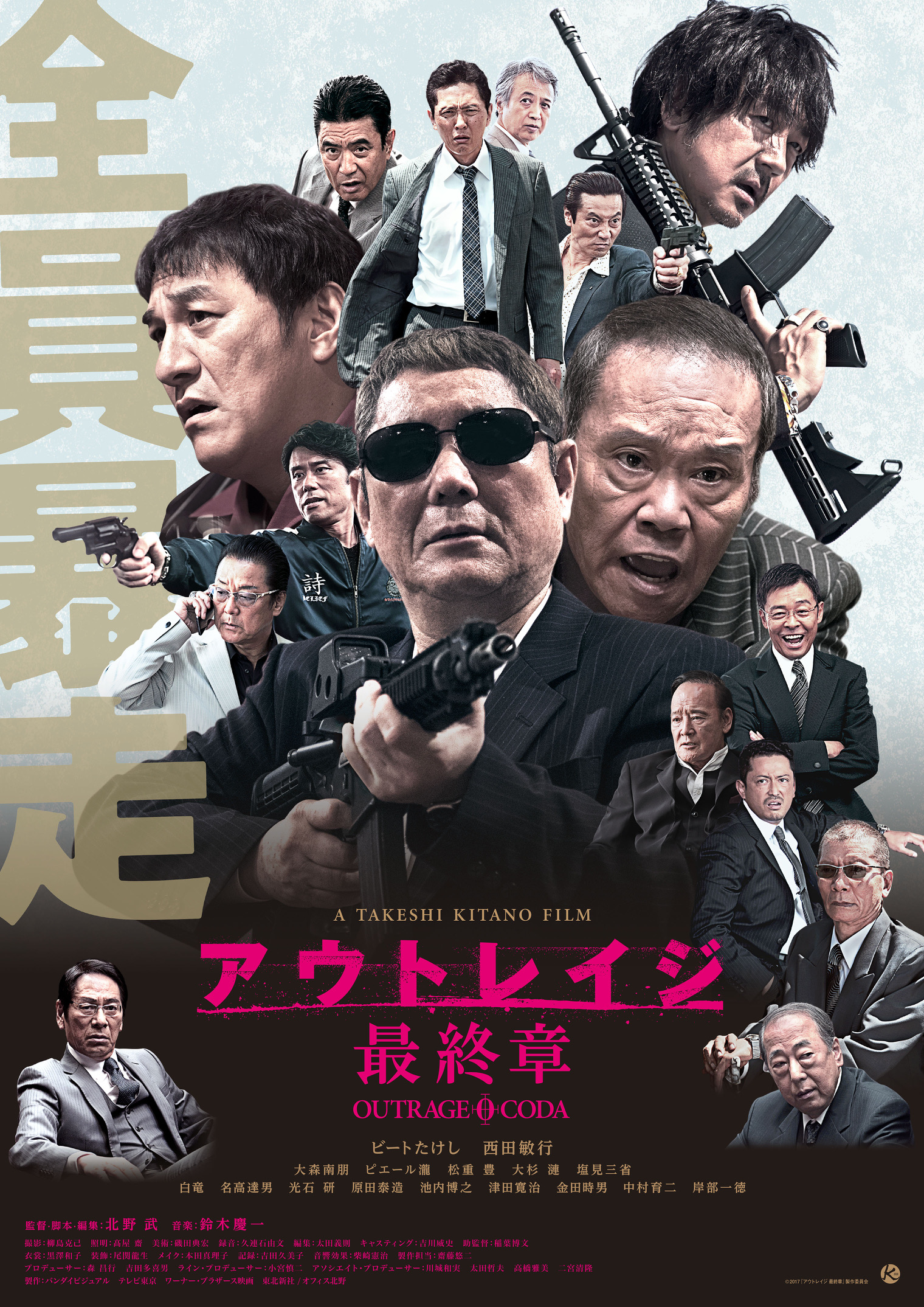 More about Outrage Beyond