Kitano's Got More People To Shoot In OUTRAGE 0: CODA Teaser 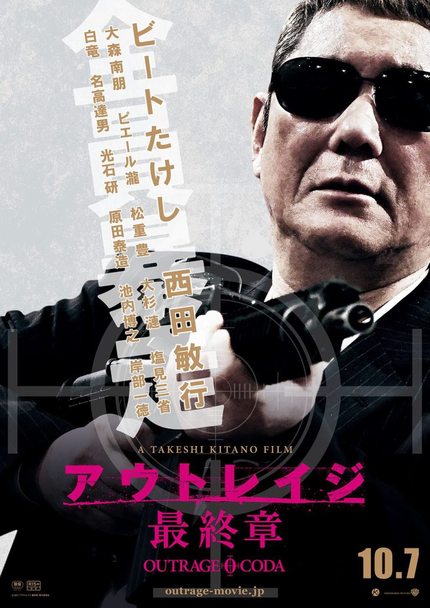 Kitano Takeshi returns to Japanese screens later this year with the third installment of his Outrage gangster saga. Kitano, of course, is the hugely popular comedian turned violent auteur behind classic yakuza films such as Fireworks and Sonatine and while Kitano had always moved between his crime pictures and smaller, quirkier, and more personal offerings throughout his career it seems as though the failure of his late career trio of weird, experimental offerings (Takeshis, Glory To The Filmmaker, Achilles And the Tortoise) to really find an audience at home or abroad has pushed him towards more audience focused offerings since. Give 'em what they want, right? And so we have 2010's return to yakuza crime Outrage, 2012 sequel Outrage Beyond - the first sequel of his career - 2015 senior citizen crime comedy Ryuzu and the 7 Henchmen and now a third installment in the Outrage saga, Outrage 0: Coda.

What do we get here? Pretty much exactly what you'd expect: Hard men with a fondness for guns. It's really just a teaser at this point but there's plenty there to make fans happy. Take a look below!