Pretty Packaging: We Raise Our Hats To The Strange PHENOMENA

Ard Vijn
Editor, Europe; Rotterdam, The Netherlands (@ardvark23)
Tweet Post Submit
British distributor Arrow Video UK is no stranger to re-releasing their older catalogue titles, and this month sees the re-release of Dario Argento's 1985 horror thriller Phenomena. Like many of his films, it is a decidedly weird affair, with atmosphere taking precedence over a logical plot. The story is about a schoolgirl who can telepathically communicate with insects, and she uses this power to solve a gruesome string of murders. It stars a 15-year old Jennifer Connelly, a year before her breakthrough in Labyrinth.

Several different cuts of Phenomena exist, with the worst among these probably being the R-rated US version known as Creepers, which is cut (or gutted, rather) by a full 30 minutes. Yet in all its forms the film has earned itself a big number of fans over the years, and Dario himself often refers to it as his favorite work.

Arrow Video's new Limited Edition boasts the longest cuts in Italian and English, and as part of many extras they've put in Creepers as well for good measure, and the soundtrack CD. Oo-er!

On top of that, the boxset is quite pretty, so here is a gallery of shots of it. Click on the edge of the pictures to scroll through them, or at the centre of each to see a bigger version. 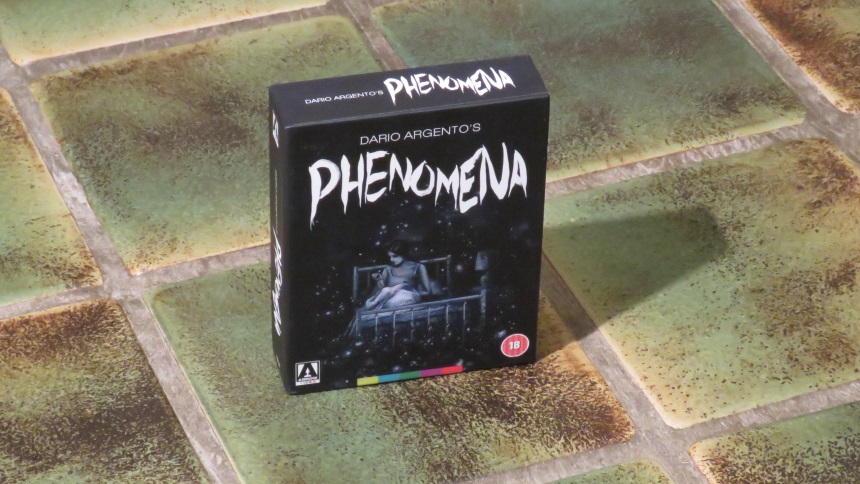 And here it is: a dark box. 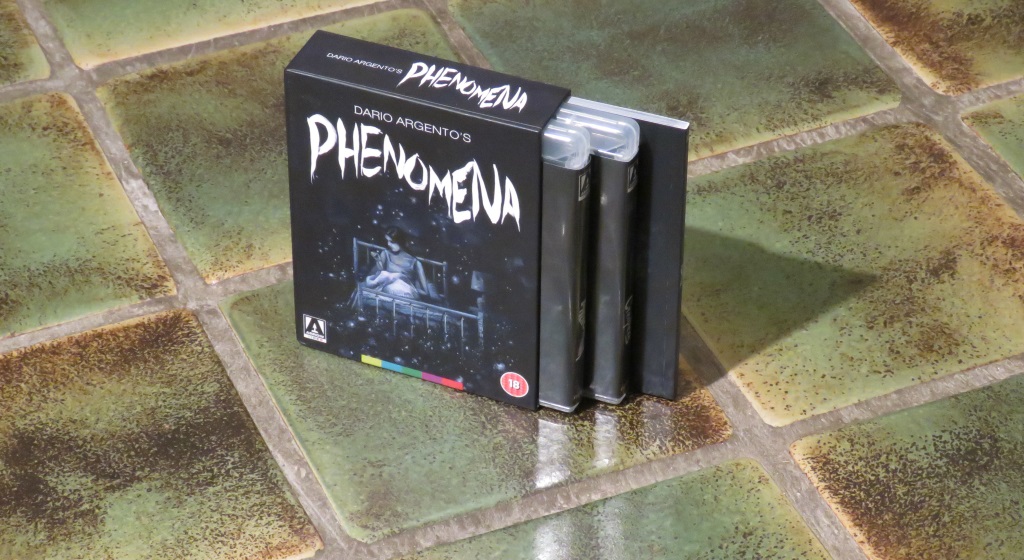 Inside the box are two Amarays and a booklet. 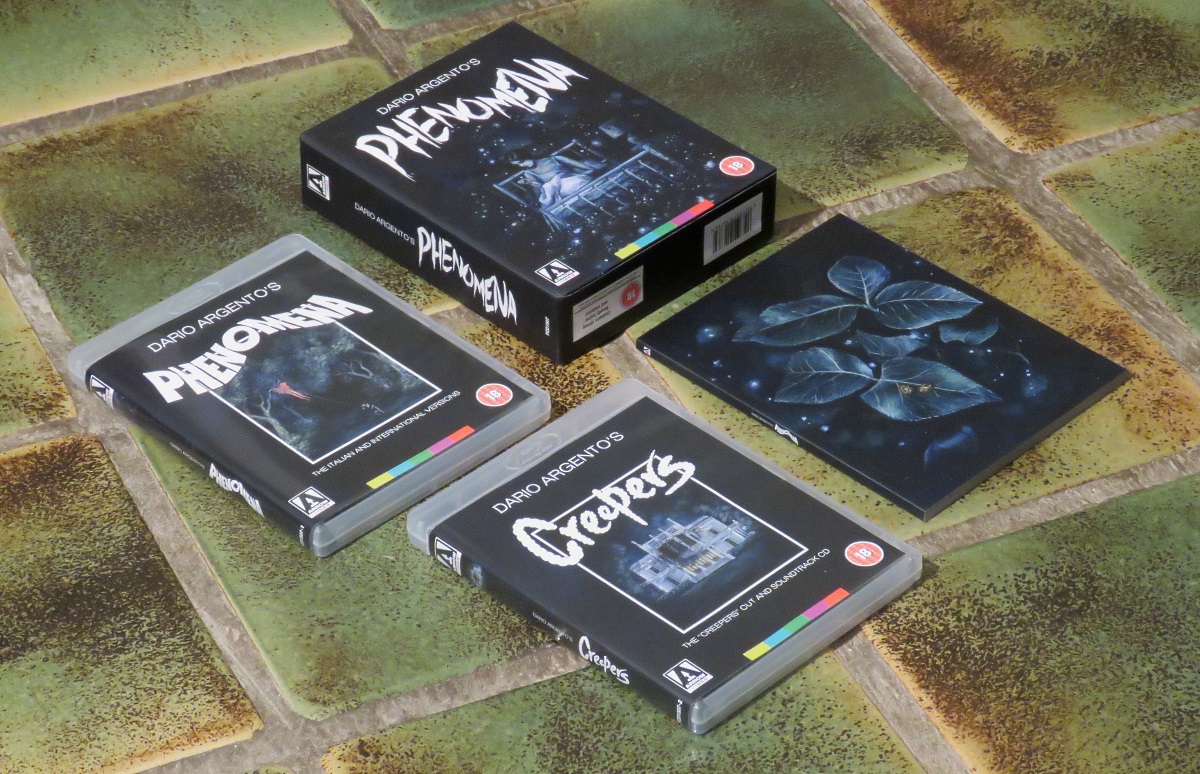 The contents taken out of the slipcase. 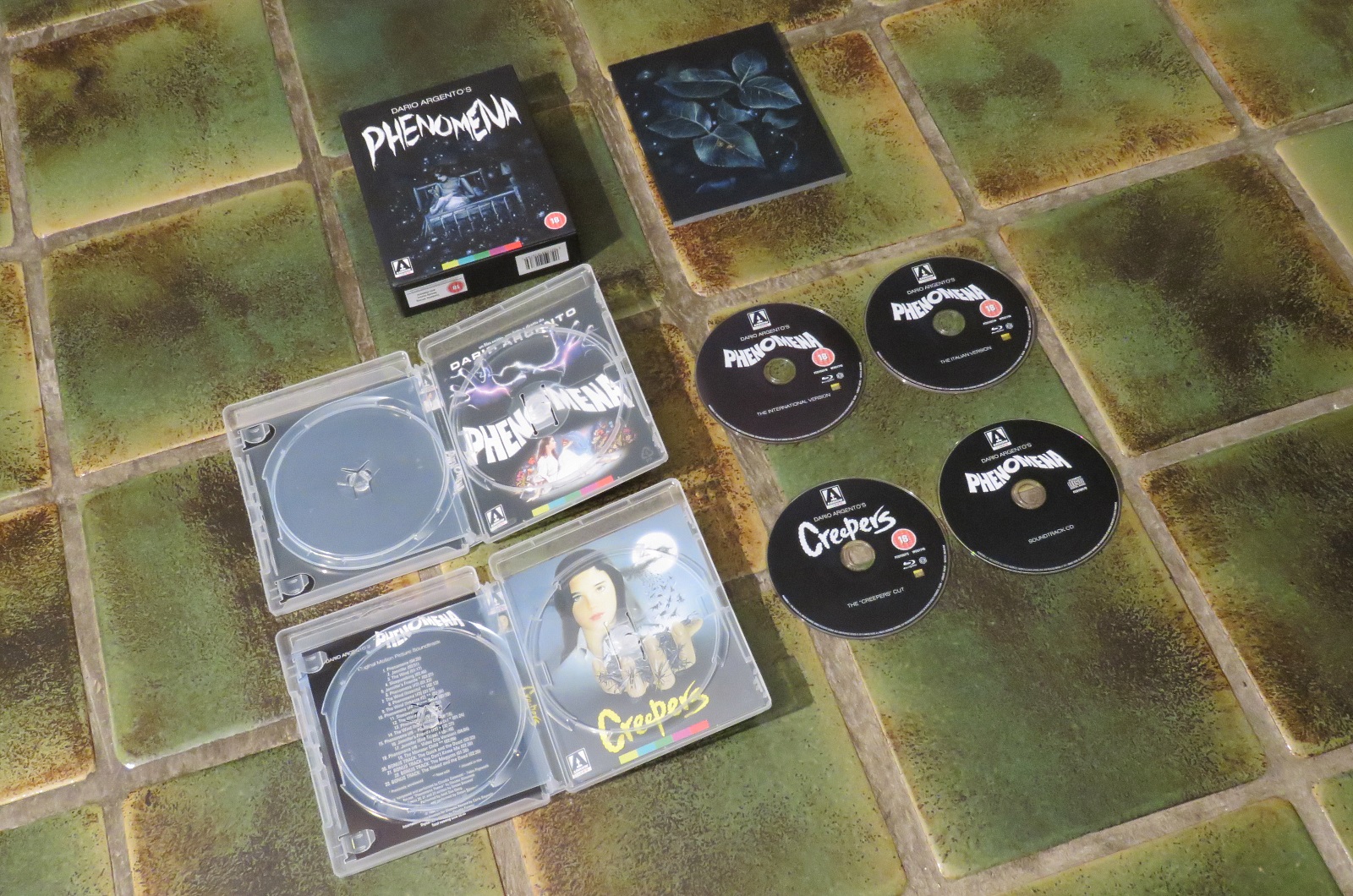 All contents opened.
It's a four-disc set: you get Phenomena in the 116-minute original Italian cut and the 110-minute International cut, the 83-minute (!!) Creepers, and the CD soundtrack. 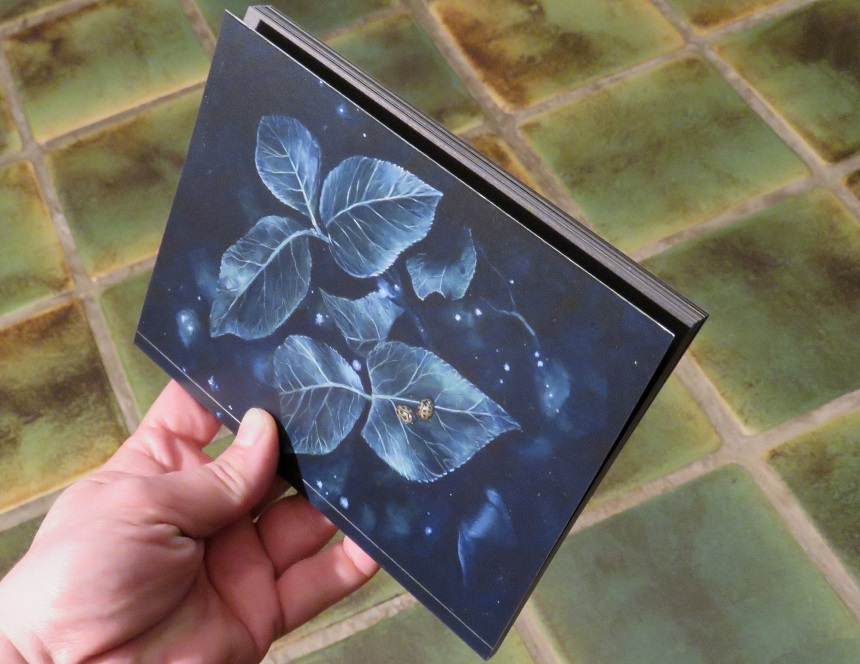 The booklet is a 60-page softcover one, and quite sturdy, using thick paper. 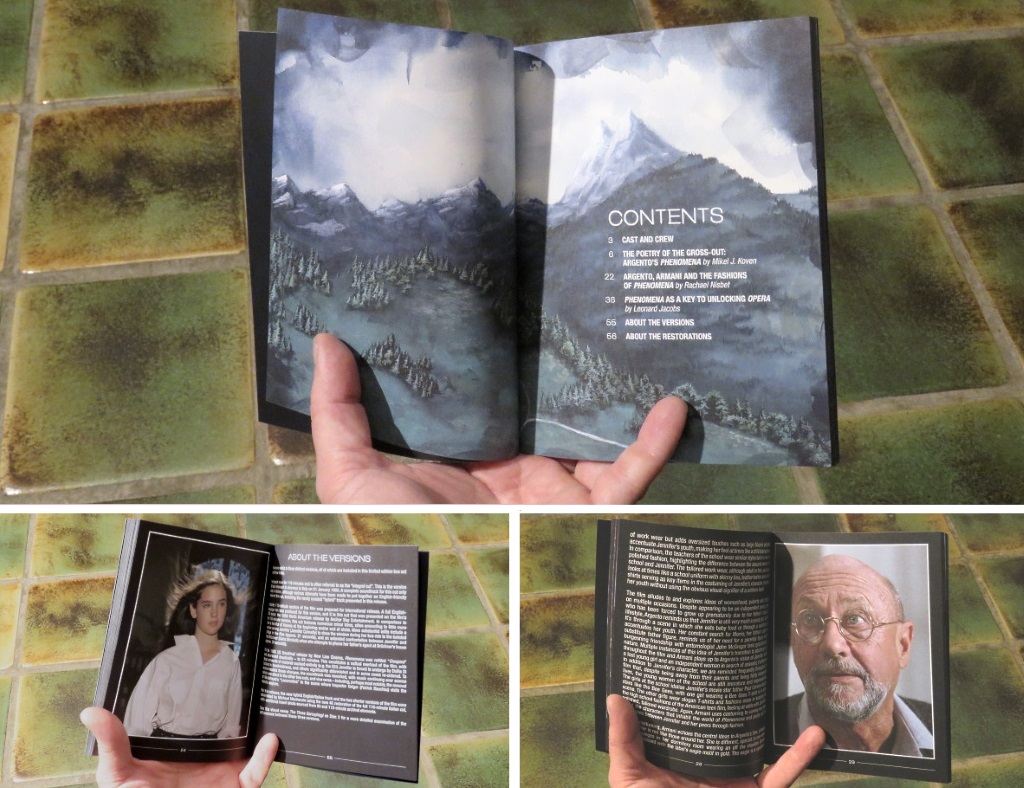 In it, you get several essays and interviews, and a detailed description of the differences between the versions. It's not massive, but a nice addition to the huge amount of on-disc extras. 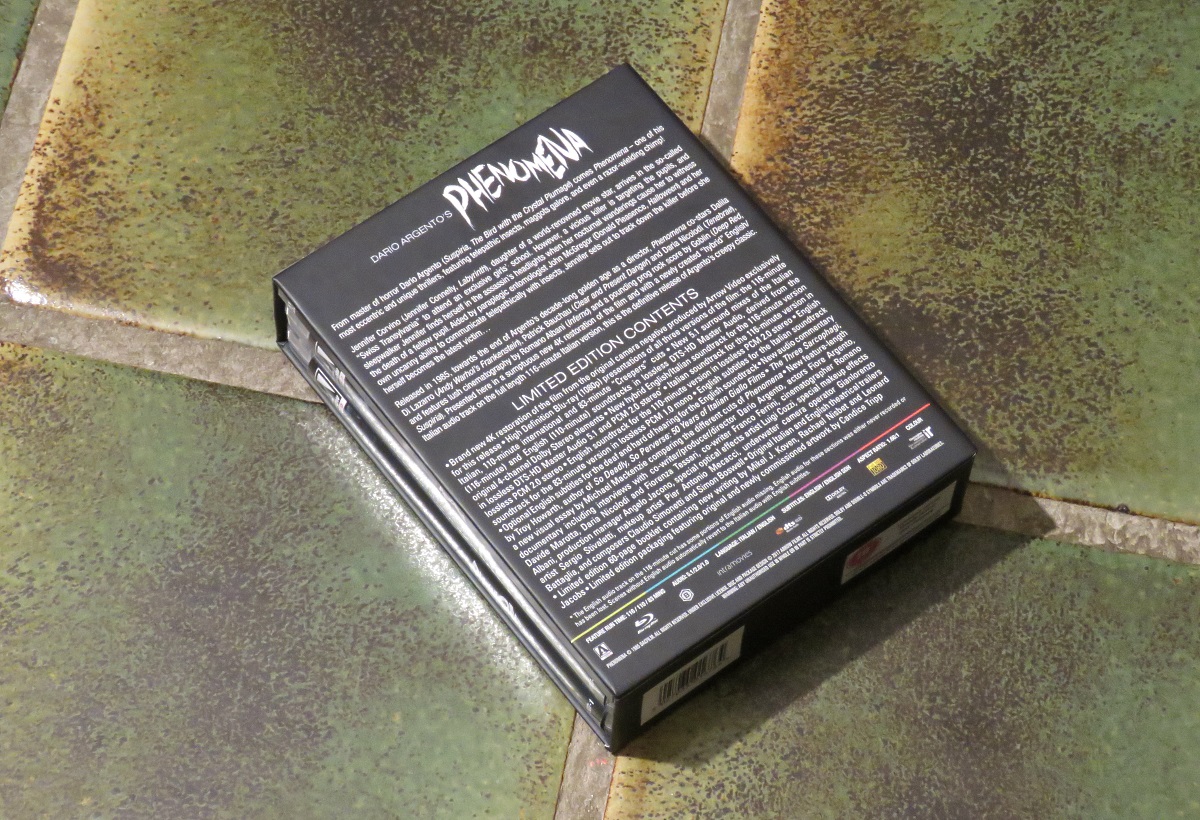