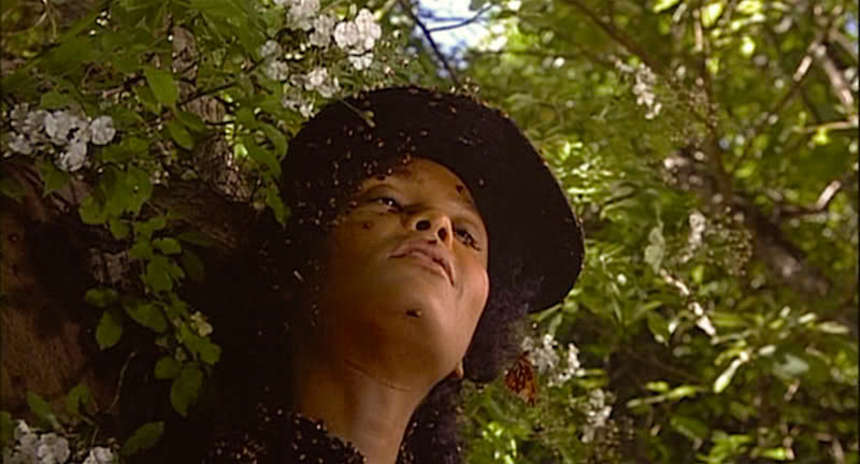 I was a latecomer to horror film; as a kid/teenager, I was far more interested in science fiction, and was a bit of a wimp when it came to horror. Arriving at it in my 20s, it's now become a big part of my life, and how horror is used to examine social/cultural/political issues has become a bit part of my academic work.

When I saw Beloved on its release, I went as a big fan of the books' author, Toni Morrison. I approached both the film (and the book) as historical text. Certainly, the book delves into a wonderful lyrical surrealism, particularly in Morrison's description of what Beloved experienced when she was buried, and in what Paul D and Sethe experienced when they were slaves.

Fantastic genre films set within known historical time periods/events are a bit rare, though not unknown. The Purple Rose of Cairo wouldn't be the same story were in not set in Depression-era America, looking at it did at unemployment/spousal abuse; The Dead Zone is a product of the cold war era and right-wing politics. In my book on genre film from Spain, I write about The Devil's Backbone and Pan's Labyrinth and their ties to the Spanish Civil War, and the concepts of post- and prostetic memory.

Post-memory is that which is contained in generations that did not directly experience a trauma (such as slavery), but still feel it repercussions. Prosthetic memory is cultural; similar, in that it is experiences by those who did not witness the trauma, but it is a part of collective memory. The audience of Beloved is part of the collective memory of slavery, and Morrison and the main actors are a part of both.

Of course, Beloved was directed by a white man, and two of the three screenwriters were also white men; an issue that likely would have caused more of a stir today (though I believe it was a little frowned on at the time). And certainly, it would be great to see what a black woman at the helm, given the focus of the story on black women and women's issues. 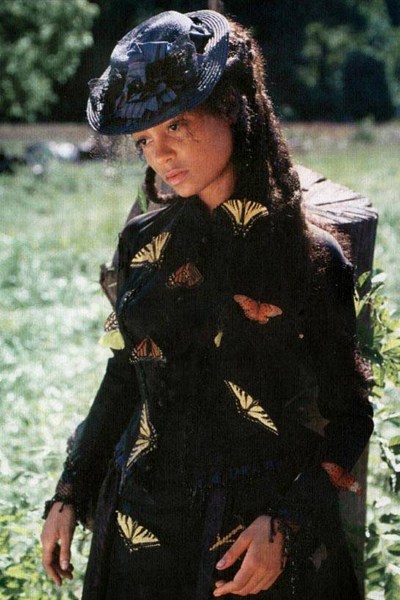 How do later generations deal with such a traumatic history, one that still indirectly affects them, as slavery and its aftermath, from Jim Crow laws to the Civil Rights movement, continue to affect Black people in the United States? In referering to magic realist literature, Fredric Jameson talked of the fantastic as filling in the holes of history. So in using the fantastic, or more specifically in the case of Beloved, Morrison, and subsequently the film's creators, use horror to express that which history has left behind.

So how does this translate into horror? Without a doubt, slavery was/is horrific, with atrocities brought upon its victims in ways even art cannot or dares not depict. (Side note: I read an article about the diary of a Union soldier, who when traveling through the South in the last days of the American Civil War, couldn't bring himself to write about the terrible things he saw being done to slaves, because they were just too horrible).

In film (as in the life), the mother-child relationship is seen as sacrosanct, and any violation, particularly by the mother, is seen as one of the worst kinds of evil. Juxtapose this against the horrors of slavery, and this is one of the purest forms of horror: body horror that is all too human.

Looking at Beloved through this lens, I was much more frightened and disturbed than I remember from my first viewing. Not in a jump-scare kind of way, but a horror down to my soul. Demme, coming soon off of Silence of the Lambs, used much of the same techniques: extreme close-ups to put the characters in our face, so that we know them and we become them; a fixation on the body in the shadows; a way of depicting anger, pain and passion in the visual spectrum that is mimicked by a swooping camera over the intimate space, using graceful shots to confront the viewer with the barely conceivable.

Demme also has a knack for pulling out pretty gut-wrenching, intimate performances. Winfrey is not a great actor, but certainly a good one, and her Sethe is a marvel of both restraint (keeping house together to spare her living daughter Denver excessive pain, until that pain returns in the form of Beloved), and the ecstasy of pain and love, as is Danny Glover's Paul D; both people for whom the horror and trauma of what they experienced is always hot on their heels, ready to pounce and consume them even as they try to put on the brave face of their still-fresh freedom. Thandie Newton, in one of her first major roles, has the most difficult task of portraying a baby in the body of a young woman; a baby that's been dead for nearly two decades and who only knows how to express in the most extreme and violent emotional ways, both for pleasure and for pain. 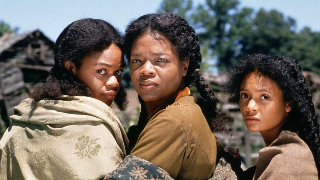 People of colourful and their experiences are woefully underrepresented in genre film, especially black women. And while Paul D is a part of the story, this is a black woman's tale. When I first saw the film, I remember being horrified by young Sethe (played brilliantly by LisaGay Hamilton) and her act of killing/attempting to kill her children rather than see them return to a life of slavery. On this second viewing, while the scene is still harrowing, I understood her actions. Perhaps this is because I'm now much more educated in both past and present racial politics; or perhaps, even though I'm not a parent, with age, I understand that there are fates worse than death. In this scene, Demme again keeps much of the focus on Sethe's face, forcing us to recognize her humanity and the reasons behind her actions, even is her actions are terrible.