Have Your Say: Which Monster Should Be Next? 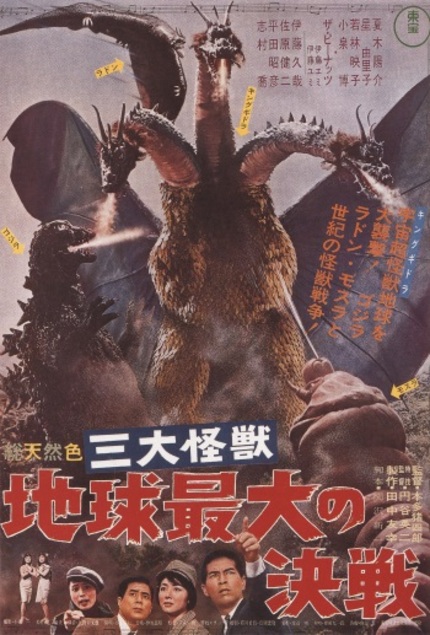 As Jordan Vogt-Roberts' Kong: Skull Island is currently raking in the dough worldwide, you can safely assume more creature features are being planned. Indeed, Warner Brothers hasn't made a secret of having a Godzilla sequel AND a Kong vs. Godzilla film in their tentative production schedule. The after-credits sequence in Skull Island even teases these... and a lot more besides!

That means Warner Brothers now has two successful giant creature films in a row, and with two more planned, it may finally have a good shot at getting its own interlocked super-franchise. And THAT is something the studio very much craves after the tremendous financial success of competitor Disney's Marvel films.

So, if Warner Brothers wants to add more giant monsters to its roster... which one should be next? Rodan? Gamera? Mothra? King Ghidorah? Biollante? Jet Jaguar? Dogoro? Hedorah? Gigan? Or one I missed in this mini-list?

Chime in, in the comments below, and HAVE YOUR SAY!!!