Boston Underground 2017 Review: FRAUD, A Twisted Look at Capitalism and the Public Image 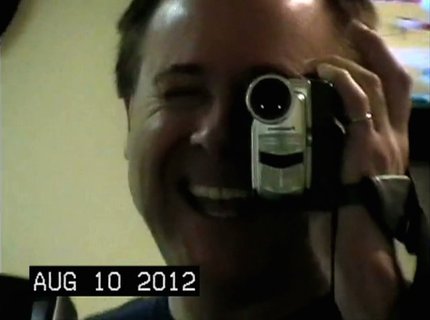 What exactly do we mean when we say a film is a documentary? Do you mean a strict definition, in that a film is depicting or investing something that happened in reality? Or does it mean showing us things from real life, but not necessarily in chronological order, or not necessarily in such a way that depicts events that happened, at least not in the way that we would agree is correct via empirical reality? That might be a little confusing, but such is the direction that Dean Fleischer-Camp takes in his new film Fraud.

It's caused some sensation and more than a little anger at some festivals where it was labelled a documentary, with much of his audience feeling deceived by what they were shown. Not that what they were shown wasn't real; it is home video footage found by Fleischer-Camp on YouTube; hundreds of hours of footage of a family, shot and uploaded by Gary, the patriarch. But pieced together, it would suggest something occuring that perhaps didn't happen exactly as Fleischer-Camp would have us believe.

If the film has a 'plot': Gary and his family live a working class life in North Carolina; lots of 'things', not a lot of money. They have lots of overdue bills. They have a yard sale which gets them some ready cash. Insetad of paying the bills, they go shopping. Debts collectors are breathing down their necks. So they set fire to their house, collect on the insurance, and drive north, making tourist stops on their way to a new life in Canada.

At first glance, these might seem like exactly the kind of people certain Republicans love to point out as being the 'problem' with any kind of social safety net: instead of buying food, they buy iphones. (But of course, contemporary life demands that people be accessible at all times, and most government services require internet access). And more, western culture and economy, especially American, is built on the near-constant and often needless spending on money on goods. This family are doing what they are told to do by the culture they live in; then they are punished for it. The system also, in its way, tells them to commit an act such as fraud, to get away with their overspending habits (take a look at the current President).

Fleischer-Camp and his editor Jonathan Rippon painstakingly piece together all this footage to tell what, as it becomes clear, is a fictional story of a real family (there's a few subtle clues that it might take a Canadian to guess). On the down side, the footage is often pieced together in such a rapid edit that it becomes physically difficult to watch (I was on the verge of feeling a bit motion sick). On the up side, this is reflecting both the rapid nature of consumerism and the image culture on which it is based. Gary clearly loves to film his family, and often has a knack for picking up on key moments and framing them as though he was an American indie filmmaker; Fleischer-Camp capitilizes on this footage.

At a little over an hour, Fraud is a fast-paced film, yet it allows space for the audience to contemplate not only what they are watching, but why they are watching it this way, and perhaps how their lives could be maniputated in such strange ways. While not a documentary in the strictest sense, it is a documentary of how we live our lives both as consumers and stars of our own lives that might end up on the internet for all to consume.